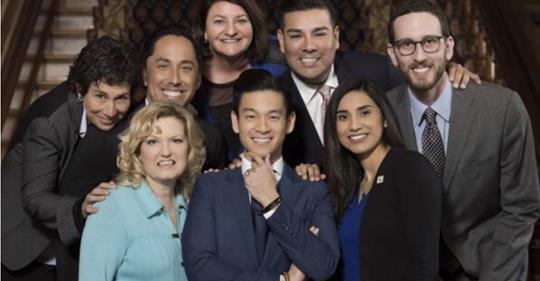 It’s becoming more apparent with each passing day that another kind of purported sexual orientation is being pushed as normative, Pedophilia. Last year, Mirjam Heine, a German medical student gave a TEDxTalk “Why perception of pedophilia has to change.” Included in her basic premise, “pedophilia is an unchangeable sexual orientation just like, for example, heterosexuality. No one chooses to be a pedophile, no one can cease being one.” To assert that it’s not only like “heterosexuality,” but also “unchangeable” is deeply disturbing.

As you’ll find in the following article, one aim to normalize it is to begin with “LBGTQ” youth with an attempt to stop the registration of sex offenders if they’re found guilty of “specified” sex crimes and if the “offender is no more than ten years older than of the minor.”

Slowly and methodically, those who want to decriminalize the predatory sexual abuse committed by pedophiles are tacitly doing so one state government bill at a time.

However, under their bill, SB 145, the offenders would not have to automatically register as sex offenders if the offenders are within 10 years of age of the minor.

Existing law, the Sex Offender Registration Act, amended by Proposition 35 by voters in 2012 (Ban on Human Trafficking and Sex Slavery), requires a person convicted of a certain sex crime to register with law enforcement as a sex offender while residing in California or while attending school or working in California.

“This bill would authorize a person convicted of certain offenses involving minors to seek discretionary relief from the duty to register if the person is not more than 10 years older than the minor,” SB 145 states.

Proposition 35 was created and passed to protect children from sexual exploitation and sex trafficking. Victims of sex trafficking are often vulnerable children, “afraid for their lives and abused—sexually, physically, and mentally,” the Proposition said.

Legislators Wiener and Eggman say they are trying to shield LGBT young people from having to automatically register as sex offenders for specified sex crimes. But their bill does much more.

SB 145 would allow a sex offender who lures a minor with the intent to commit a felony (i.e. a sex act) the ability to escape registering as a sex offender as long as the offender is within 10 years of age of the minor.  No specification is made as to whether the sexual offender is straight or LGBT.

SB 145 would add a section to the state’s penal code (Section 290.55) stipulating that as long as the offender is “not more than 10 years older than the minor,” they are not automatically mandated to register as a sex offender. There is no age limit or range specified, except for existing law which already excludes lewd acts with childrenunder 14.

SB 145, as currently written, appears to allow certain sexual predators to live among the population without anyone being aware.

Why is this bill needed?

This bill would authorize a person convicted of certain offenses involving minors to seek discretionary relief from the duty to register if the person is not more than 10 years older than the minor.

THE PEOPLE OF THE STATE OF CALIFORNIA DO ENACT AS FOLLOWS:

290.55. (a) A person convicted of an offense specified in subdivision (b) may, by writ of mandate, seek discretionary relief from the duty, imposed as a result of that conviction, to register pursuant to the act if, at the time of the offense, the person is not more than 10 years older than the minor, as measured from the minor’s date of birth to the person’s date of birth.

[Editor’s Note: This article was written by the TWP Editor and originally published at The Washington Pundit.]