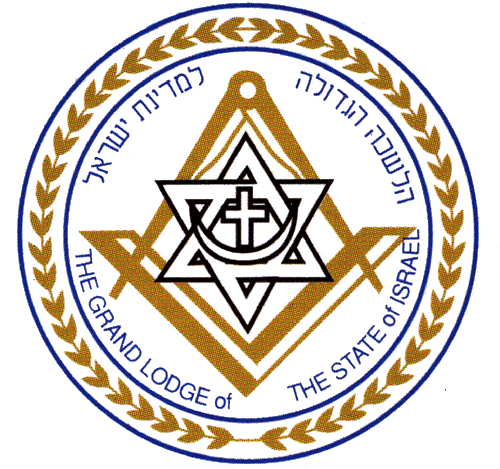 I recently read an article on Texe Marrs’ site properly identifying Freemasonry as Cabalist-Judaism (which is satanism), but when I followed a link in the article it segued onto the topic of the Nephilim, referring to the “Biblical” story of fallen angels intermarrying with human women and producing giants. On one page Texe rightly exposes Freemasonry as being Cabalist-Judaism and on the next he promotes a teaching out of Cabalistic-Jewish Mysticism.

Texe Marrs has several best selling books and co-produced an excellent film exposing the false nature of the political state of Israel; “Marching to Zion,” so, I’m not picking on Texe in particular, I use him only as an example.  But I’ve lost count of how many times I’ve been reading useful, factual information on the internet, when here comes some teaching of; Jewish mysticism, Pro-Israel Dispensationalism or Crypto-Jewish/Jesuit Futurism and a Judeo-Christian premise. (Christianity is not Judaic. If that comes as a surprise, I encourage you to follow that link.) Yet, I notice that what many “prophecy teachers” as well as some “discernment ministries” are bringing us has a decidedly Jewish influence. And that has a lot to do with our topic of Fallen Angel /Human Hybrid Myths.

I’ve gone over how a lot of error and deception in the church dates back to the 1800’s, accompanying a rise in occult spiritualism. At the same time that the world saw the beginnings of a plan to bring about a New World Order, the church was introduced once again to Legalism through Charles Finney and Pentecostal Perfectionism. As I wrote about in a previous post, Pentecostalism brought experiential faith and emotionalism which created a vulnerability to Gnostic/Jewish mysticism. Dispensationalism introduced us to a pro-Israel interpretation of scripture, particularly prophecy, as well as the Crypto-Jew-Jesuit Futurist prophetic timeline that facilitates the bringing about of a single man Antichrist, One World Religion, and future “millennium” wherein we’ll allegedly return to Jewish temple sacrifices… Even when I was a Dispensationalist (not realizing that’s what I was,) I could never make sense of that.

Rabbit Trail  — indulge me for just a minute: Taking into account that the modern prophecy teachers place a high emphasis on science, exactly how much sense does this image,  an artists’ conception of the Dispensational Millennium with the New Jerusalem make? The picture would make more sense on a flat earth, but you still have the problem of the reinstated temple sacrifices after Jesus did away with them, having  become the sacrifice that brought in the New Covenant.

Getting back to our subject, if these changes in the church have a common root, it is that all the individuals who introduced these new doctrines were Freemasons. Men such as John Wesley, Edward Irving, Charles Finney, John Nelson Darby, John Parham, CI Scofield were all Freemasons. Going back further, there’s evidence that John Calvin and possibly Martin Luther were secret society members.  If that’s true, then even the Reformation was controlled. But that’s getting into another subject… For our purposes today; These men as well as the key modern prophesy teachers bringing us the Fallen Angel/Human Hybrid Myth are Freemasons (and / or Christian Zionists,) and Freemasonry is Talmudic/Cabalist Judaism – or Pharisaism, which Jesus condemned.

“Ye are of your father the devil, and the lusts of your father ye will do. He was a murderer from the beginning, and abode not in the truth, because there is no truth in him. When he speaketh a lie, he speaketh of his own: for he is a liar, and the father of it.” John 8:44 as well as Matthew 23 beginning in verse 13. 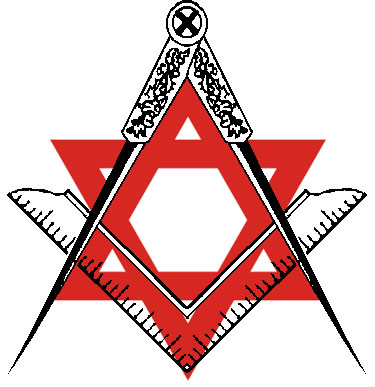 “Masonry is based on Judaism. Eliminate the teachings of Judaism from the Masonic Ritual and what is left?” – The Jewish Tribune of New York, on October 28, 1927

“Freemasonry is a Jewish establishment, whose history, grades, official appointments, passwords, and explanations are Jewish from beginning to end.” – Rabbi Isaac Wise

In Morals and Dogma, written by Grand Commander of the Scottish Rite, Albert Pike, the Jewish Cabala is revealed as the basis of Masonic practice and ritual. The Cabalistic “Theology of the Sephiroth” is at the root of all Masonic knowledge. Pike called it “high magic,” the “Sacerdotal Art,” and the“Royal Art.”

“The true name of Satan, the Kabalists say, is that of Yahweh reversed; for Satan is not a black god, but the negation of God…For the Initiates, this is not a Person, but a Force, created for good, but which may serve for evil. It is the instrument of Liberty and Free Will.” – Albert Pike – Morals and Dogma.

The Lodge’s view of evil is the same as the Jewish cabalistic view of evil. Pike claimed that Lucifer is a good angel, and a god worthy of our worship. “Doubt it not!” – Albert Pike

So we see that Freemasonry, also well known as the Protestant branch of the Vatican’s secret society Knights of Malta, by their own statements, follow the Jewish religion of Cabala. It is crucial to understand that the origin of these teachings are the same as the false teachings the Israelites, in their continual rebellion against God followed,  the same teachings God dealt with them again and again about: Mystical Babylonian Kabbalah, Satanic Egyptian Freemasonry. They continually broke God’s Covenant law and yet they insisted on putting believers back under it in the days of the early church, and they’re still trying to do it today. The law, Jewish mysticism and an interpretation of prophecy that essentially bypasses the entrance of the kingdom of the true Messiah 2000 years ago, are being taught in many churches today.

Is the New World Order Jewish? To be clear, the New World Order is Satanic, but operates largely in the wrappings of Satanic-Cabalistic–Judaism.  The average Jewish person is unaware of the heretical, satanic things the Talmud teaches, much less any of the greater satanic agenda.

The Pharisaic Jews were looking for a Messiah to reign over an earthly kingdom. It is my opinion that the New World Order is that kingdom, and the (future) “millennial reign” is the planned earthly reign of their false messiah.

The writings of Cabalist-Judaic Freemason Albert Pike, as well as occultist Alice Bailey call for the riddance of Christians and Jews ( I assume non-Cabalist Jews) as well as Muslims. Those who they cannot assimilate like BORG will be eradicated. The assimilation process is well under way through the infiltration and subjugation of Christianity by:

Why is the Nephilim/Fallen Angel/Human Hybrid Mystical Jewish Myth so important to that end?

Potential genocide: To eradicate Christianity and non-Cabalist Judaism as well as anyone who is non-compliant

Distract and Control Through Fear: Through terrifying “end times prophecies” including prophecies about the impending “wrath of God,” as well as the “return of the nephilim,” and the perceived threat of  Transhumanism (next).