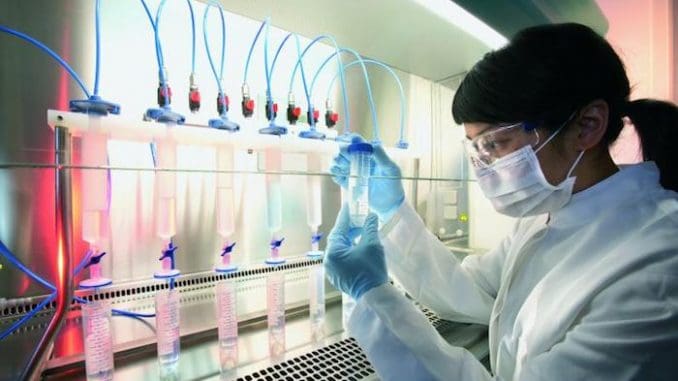 A Canadian study has found the flu shot actually increases a person’s risk of falling ill with the flu and other respiratory illnesses.

The Canadian study, conducted at the University of Calgary and operating outside the confines of Big Pharma, contradicts everything the CDC and mainstream media are saying about the flu shot in 2018.

Mainstream media in the United States has launched an unprecedented propaganda campaign to promote this season’s flu shot, and shoot down what they call “rumors” surrounding legitimate concerns regarding the vaccine’s safety.

But the Canadian study proves that concerns about the flu vaccine are legitimate. We are not being told the truth about the flu shot by the authorities or media in the United States and the media are attempting to cover-up this fact.

“Unfortunately this year the vaccine hasn’t worked at all,” says study co-author Dr. Jim Dickinson of the University of Calgary. “The reason for that is we have a version of the H3N2 virus that has moved away from the vaccine strain we’re using.”

But Dr. Dickinson had worse news. It isn’t just that “the vaccine hasn’t worked at all,” the vaccine actually makes people more susceptible to the flu.

“A negative effectiveness suggests the vaccine made people more susceptible to the flu,” Dr. Dickinson says, “We need to do further research to understand why this has happened.”

Big Pharma’s dollars have effectively purchased the silence of the CDC, and turned mainstream media into a branch of their PR department. You can no longer believe anything they say about pharmaceuticals, especially vaccines.

For their part, the CDC does not allow medical practitioners to speak out regarding their experience with vaccines. If they do not toe the company line, they lose their job, or suffer a worse fate, as the ongoing purge of holistic doctors proves.