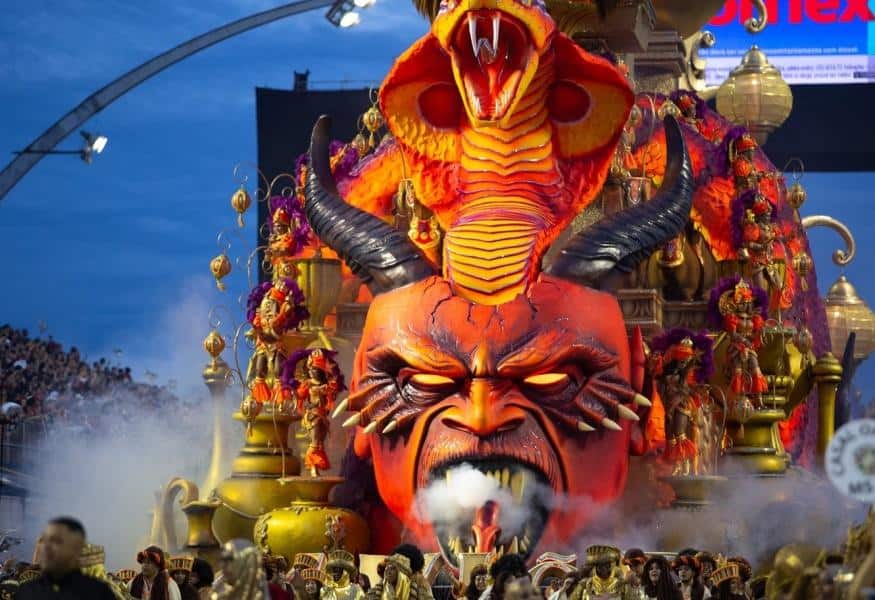 Carnival is the most famous party in Brazil. Not only are they known and popular in Latin America, but they are also among the best in the world. The samba, costumes, semi-naked women, sex, liquor and drugs come together in the streets of Brazil for just under a week.

This year, one of the floats has received much talk since its main theme was “Satan’s victory over Jesus.”

The samba school “Gaviões de Fiel” presented a performance full of demonic figures and a person portraying Jesus. The intention was to show the battle between “good and evil”, but during the whole journey it was not possible to observe anything else but the crushing beating that the demons were giving to the character portraying Jesus.

This is only a reflection of the spiritual state of the society in which we live.

“And this is the condemnation: that light came into the world and men loved darkness rather than light, because their deeds were evil.”     – John 3:19