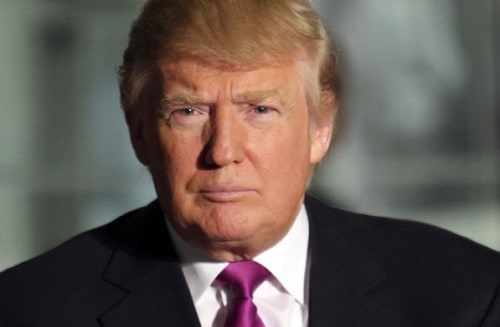 In Posting this, I’m not endorsing any political candidate. I merely find the article compelling.

I know that making predictions is very difficult. I am also aware that most historical predictions have failed to materialize. On the other hand, I think that, for people who are not seers and don’t have a crystal ball, when you make a prediction, and it happens, it only shows that you have a closer-to-truth explanation of events.

So, knowing the pitfalls of making predictions, particularly about the future, I am making a prediction about the next President of the United States — if there is a next one, but that would be another story.

The next president of the United States has been already selected at the recent Bilderberg meeting in Austria. He will be a not-to-clever, but corrupt politician under the control of the bankers, oil magnates and CEOs of international corporations ensconced at the Council on Foreign Relations. He will be a member of the Republican Party.

Why do I think that the coming president will be a Republican? Because one of the most important things the CFR conspirators need to accomplish before turning the United States into a full-fledged totalitarian society is taking the guns from the hands of law-abiding American citizens.

Granted, puppet impostor Barry Soetoro has advanced the cause of totalitarianism in America by leaps and bounds. Unemployment has grown, the economy is in shambles, and a veritable invasion of illegal aliens is making things worse. The so-called Obamacare — created to benefit Big Med and Big Pharma —will tax even more the limited resources of American workers.

Other valuable accomplishments of Soetoro’s are the success of CFR-backed gay politics: gay marriage, gays in the military, gays in Boys Scouts, and appointing more openly gay officials than any other president in the U.S. history. Of course, this is very difficult to understand if you ignore that the gay movement has wittingly become a spear point, a fifth column of the New Gay World Order the globalist conspirators are working hard to impose upon us.[1]

But there is something Soetoro, or any “progressive” Democrat cannot do: taking the guns from Americans. It he/she/it tries to ban and confiscate guns, it would trigger a shooting war. Therefore, as it happened after Katrina,[2]this has to be done by a “conservative” Republican as the reaction to a 9/11-like catastrophic event.

Of the many Republican candidates currently trying to get the Republican nomination, the only one willing and capable to do this job is Jeb Bush. Most likely he is the one already selected at the last secret Bilderberg meeting in Austria. So, the CFR conspirators, using the mainstream media which is under their full control, already had begun a pervasive brainwashing campaign to convince gullible Americans to give their votes to the presidential candidate they had already selected.

Of course, there’s nothing new about this. Those have been the hidden rules of the game for many decades, and now it was working again to perfection. But then, to the globalist conspirators’ utter surprise, an unexpected phenomenon arrived attempting to destroy their carefully crafted plans. This phenomenon, this anomaly, this disturbance in the Dark Force, is Donald Trump, and it seems that, knowingly or unknowingly, his main goal is to overturn the CFR’s apple cart. No wonder the CFR conspirators are so angry.

CFR agent John McCain provided the first indication that, contrary to the rest of the malleable candidates, Trump was a clear and present danger to the CFR conspirators. Just a few days after Trump began gaining popularity among American voters, McCain declared that Trump had fired up “the crazies” in Arizona with his immigration talk.[3]

McCain’s words opened the gates to a concerted attack on Trump. Since then, both CFR-controlled branches of the Repucratic Party and the CFR-controlled mainstream media are fiercely and tirelessly attacking him.

In just a few weeks, Trump displaced Putin as the focus of the conspirators’ hatred. In his detractors’ words, Trump’s followers are: the crazies, the fearful and the frustrated, the ones who feel themselves betrayed by the politicians and victimized by a changing world, the religious ultraconservatives, extremist white-rights groups, white nationalists, outright racists, the xenophobics, the haters, the intolerants.

A more accurate description of Trump’s followers, however, may be that they are the Americans who have awakened from their media-induced dream state and have become ware of the CFR conspirators’ secret, evil plan to destroy America and enslave the American people. And they are angry about it.

For reasons I have mentioned in a previous article,[4] I will never give my vote to an incumbent or to a candidate running for any of the two factions of the Repucratic Party. Trump is not an incumbent, but he is trying to get the Republican nomination. Now, if he loses the nomination[5] and, despite his promise to support the selected candidate,[6] decides to run as an independent he will surely get my vote. Why? For a few simple reasons:

First, he is a private citizen, he is not an incumbent, and he is not a professional politician.

Secondly, he is not a member of the Skull & Bones cult, the Council on Foreign Relations, or the Trilateral Commission. Moreover, he has never attended the secret conciliabula at the Bohemian Grove, the Bilderberg Group, or the World Economic Forum.

Thirdly, contrary to the Bushes, the Clintons, Soetoro and the rest of the globalist crowd, it doesn’t seem that Trump is eager to send young Americans to kill and die in foreign lands protecting the interests of transnational corporations who don’t see themselves as American anymore.

Finally, as far as I know, Trump is not gay, lesbian, transgender or bisexual, and he has never expressed his support for the New Gay World Order.

Even more important, I think that Donald Trump is the last hope we Americans have to solve this conundrum in a civilized, peaceful way.

I am aware of Donald Trump’s personal flaws, which, if anything, makes him more human. But we don’t need a saint in the White House. What we need is an American who loves his country and has the courage and integrity to faithfully execute the office of President of the United States, and will to the best of his ability, preserve, protect, and defend the Constitution of the United States. That’s all.[7]

According to a common belief created by the CFR conspirators, if Trump runs as an independent he will give Hillary the presidency. Actually, however, if Trump runs as an independent and Hillary is elected —which I doubt— it would not be because of Trump, but because of the votes of “conservative” Republicans who have more love for their treasonous party than for their country. I this happens, they, and only they, would be the ones to blame.

1. One of the globalist conspirators’ goals is the destruction of the family as the ultimate social nucleus, and this is actually the secret goal of the gay marriage PsyOp. To learn it from some gay ideologues’ words, see, Urvashi Vaid, Lisa Duggan, Tamara Metz and Amber Hollibaugh, “What’s Next for the LGBT Movement? With victory in the fight for marriage equality in sight, what should LGBT activists focus on now?” The Nation, June 27, 2013.
2. After the hurricane Katrina devastated New Orleans in 2005, police and military thugs went door-to-door confiscating legally owned guns, mostly owned by Republicans. The gun-grabbers, however, didn’t have to pry the guns from their owner’s dead fingers. Like obedient sheeple, they peacefully surrendered their guns to their beloved President Bush’s storm troopers.
3. Allah Pundit, “McCain: Trump really fired up “the crazies” in Arizona with his immigration talk,” HotAir, July 16, 2015.
4. , Servando Gonzalez, “Voting is Treason,” NewsWithViews.com, November 15, 2014
5. I would rather say when he loses the nomination, because I am convinced that the treasonous Republicans will rather lose a presidential election than elect a President who may oppose the CFR’s secret agenda.
6. If Trump decides to run as an independent, the first thing he must to is to end his Republican affiliation. Once he is not a Republican anymore, there is no reason to honor his promise of supporting the Republican candidate.
7. I am not alone in my appraisal of Donald Trump. According to some of his supporters, “It’s not that they are willing to look past Trump’s flaws to fix what they believe ills the country. It’s that those flaws are exactly what makes him the leader America needs.” See, Jill Colvin, “Fed-up and angry supporters let Trump defy political gravity,” AP, September 6, 2015.