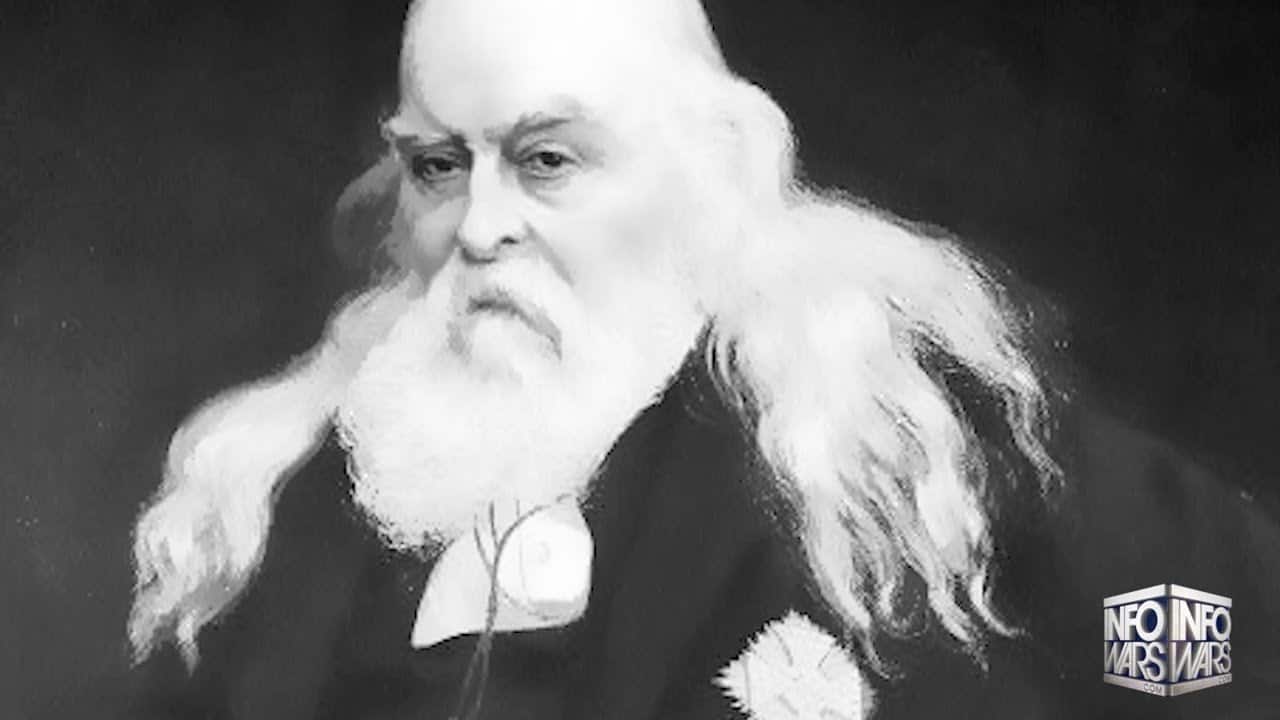 I find of particular interest in this letter, what Pike writes about the Second World War:

ThreeWorldWars.com
Albert Pike received a vision, which he described in a letter that he wrote to Mazzini, dated August 15, 1871. This letter graphically outlined plans for three world wars that were seen as necessary to bring about the One World Order, and we can marvel at how accurately it has predicted events that have already taken place.

It is a commonly believed fallacy that for a short time, the Pike letter to Mazzini was on display in the British Museum Library in London, and it was copied by William Guy Carr, former Intelligence Officer in the Royal Canadian Navy.  The British Library has confirmed in writing to me that such a document has never been in their possession.  Furthermore, in Carr’s book, Satan, Prince of this World, Carr includes the following footnote:

“The Keeper of Manuscripts recently informed the author that this letter is NOT catalogued in the British Museum Library.  It seems strange that a man of Cardinal Rodriguez’s knowledge should have said that it WAS in 1925”.

It appears that Carr learned about this letter from Cardinal Caro y Rodriguez of Santiago, Chile, who wrote The Mystery of Freemasonry Unveiled.

To date, no conclusive proof exists to show that this letter was ever written.  Nevertheless, the letter is widely quoted and the topic of much discussion.

Following are apparently extracts of the letter, showing how Three World Wars have been planned for many generations.

“The First World War must be brought about in order to permit the Illuminati to overthrow the power of the Czars in Russia and of making that country a fortress of atheistic Communism. The divergences caused by the “agentur” (agents) of the Illuminati between the British and Germanic Empires will be used to foment this war. At the end of the war, Communism will be built and used in order to destroy the other governments and in order to weaken the religions.” 2

Students of history will recognize that the political alliances of England on one side and Germany on the other, forged between 1871 and 1898 by Otto von Bismarck, co-conspirator of Albert Pike, were instrumental in bringing about the First World War.

After this Second World War, Communism was made strong enough to begin taking over weaker governments. In 1945, at the Potsdam Conference between Truman, Churchill, and Stalin, a large portion of Europe was simply handed over to Russia, and on the other side of the world, the aftermath of the war with Japan helped to sweep the tide of Communism into China.

(Readers who argue that the terms Nazism and Zionism were not known in 1871 should remember that the Illuminati invented both these movements.  In addition, Communism as an ideology, and as a coined phrase, originates in France during the Revolution.  In 1785, Restif coined the phrase four years before revolution broke out.  Restif and Babeuf, in turn, were influenced by Rousseau – as was the most famous conspirator of them all, Adam Weishaupt.)

“The Third World War must be fomented by taking advantage of the differences caused by the “agentur” of the “Illuminati” between the political Zionists and the leaders of Islamic World. The war must be conducted in such a way that Islam (the Moslem Arabic World) and political Zionism (the State of Israel) mutually destroy each other. Meanwhile the other nations, once more divided on this issue will be constrained to fight to the point of complete physical, moral, spiritual and economical exhaustion…We shall unleash the Nihilists and the atheists, and we shall provoke a formidable social cataclysm which in all its horror will show clearly to the nations the effect of absolute atheism, origin of savagery and of the most bloody turmoil. Then everywhere, the citizens, obliged to defend themselves against the world minority of revolutionaries, will exterminate those destroyers of civilization, and the multitude, disillusioned with Christianity, whose deistic spirits will from that moment be without compass or direction, anxious for an ideal, but without knowing where to render its adoration, will receive the true light through the universal manifestation of the pure doctrine of Lucifer, brought finally out in the public view. This manifestation will result from the general reactionary movement which will follow the destruction of Christianity and atheism, both conquered and exterminated at the same time.” 4

Since the terrorist attacks of Sept 11, 2001, world events, and in particular in the Middle East, show a growing unrest and instability between Modern Zionism and the Arabic World. This is completely in line with the call for a Third World War to be fought between the two, and their allies on both sides. This Third World War is still to come, and recent events show us that it is not far off.