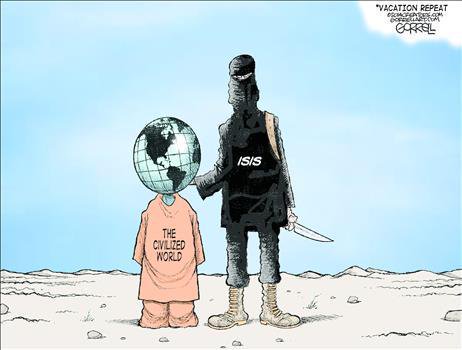 This is an important article if you want to understand the core belief system of those behind the New World Order.

Why do the Illuminati start wars ?
As Cabalists (Freemasons,) they are determined to
destroy the social order as a precursor to establishing a world
Communist dictatorship.  Essentially, Cabalists need to turn the world
upside down so that Satan can be on top.

All wars are designed to enslave and kill the feckless goyim
who willingly embrace the role of traitors or dupes.

The Cabalist Doctrine of Destruction provides a key to understanding world events.

According to the Cabala, which is the secret doctrine of Judaism and Freemasonry, “Evil and catastrophe [are] endemic factors in the process of creation. Without evil there could be no good, without destruction, creation could not take place.” (Kabbalah: An Introduction to Jewish Mysticism, by Byron L. Sherwin, p. 72.)

Cabalists believe the Old (Christian) Order must be ruthlessly destroyed before the New (Satanic) World Order, based on the Kabbalah, can be built.

Hence, the Illuminati motto: “Order Out of Chaos.” Hence, the Communist Manifesto advocates the destruction of nation, religion and family and the transfer of all private wealth to the Illuminati bankers, in the guise of the state.

The Doctrine of Destruction explains why war and revolution have been characterized by gratuitous genocide, terror and destruction.

It explains the banishment of God from public discourse and the widespread acceptance of obscenity, pornography and the occult. It explains the attack on gender and the promotion of homosexuality to heterosexuals.  It explains the spate of false flag terror that is a hallmark of modern life.

It explains why humanity seems cursed by never-ending crises and catastrophes. They are engineered by the Illuminati to attack and destroy anything that smacks of the healthy divine order — spiritual or natural.

The present day Illuminati grew out of the satanic “Sabbatean-Frankist” Jewish heresy in the 17th and 18th centuries. The bankers and half the Jews of Europe adopted this pestilence and spread it to the Gentile elites through Freemasonry.

Thus, Illuminati Jews characterize the “Jewish” role in terms of the destruction of civilization.

For example, in the book “You Gentiles” (1924) Maurice Samuel writes:

“In everything, we are destroyers–even in the instruments of destruction to which we turn for relief…We Jews, we, the destroyers, will remain the destroyers for ever. Nothing that you will do will meet our needs and demands. We will forever destroy because we want a world of our own.”  (p. 155)

In 1928, Marcus Ravage, a Jewish Rothschild biographer wrote an essay entitled, “The Real Case Against the Jews.”

“You have not begun to appreciate the real depth of our guilt. We are intruders. We are disturbers. We are subverters. We have taken your natural world, your ideals, your destiny, and played havoc with them. We have been at the bottom not merely of the latest great war but of nearly all your wars, not only of the Russian but of every other major revolution in your history. We have brought discord and confusion and frustration into your personal and public life. We are still doing it. No one can tell how long we shall go on doing it.” (THE CENTURY MAGAZINE, JANUARY 1928, Vol. 115, No. 3, pp. 346-350.)

Most Jews (and liberals/leftists in general) are unaware of this cabalistic plot. They have been duped by spurious appeals to ideals of “social justice” and “equality.”

WHY THE CABALA IS SATANIC

The Cabala says God is unknowable and has no form. This is Satanism. You cannot obey God if you cannot know Him.

“To the Cabalist, God is an infinite Sea of Being (En Sof) without any limit; hence without any qualities, without desire or will of any kind. He is totally incomprehensible. ” (Jacob Angus, The Meaning of Jewish History (1963) p. 286.

In fact, God is perfection, the form necessary for human evolution. “Be ye therefore perfect as your Father in heaven is perfect.” (Mathew 5-48)

True religion assumes God is present in the human soul. Obeying this voice, conscience, is what makes us human.

Anyone who denies the existence of God is a Satanist, not an atheist.

“Many texts in the Kabbalah, including the Zohar, say that the task is not to destroy evil but to return it to its source — to “include the left within the right,” in the Zoharic metaphor, “to uplift the fallen sparks” in the Lurianic one. In Chabad Hasidism, it is stated that evil exists as part of the Divine revelation itself. Indeed, to think that evil really is separate from God is, itself, the essence of evil, which is precisely the illusion of separation.”

“Letting go of the reality of separate evil, and really accepting that the sitra achra [impurity, occult, evil] is a side of Divinity, is easy on paper and very difficult in reality. … Still, to the extent it is possible to do so, the notion is indeed life-changing. Everything is a flavor of Divinity.”

Cabalists also believe in “redemption through sin” i.e. deliberately flaunting the Old Law by doing evil (adultery, incest, pedophilia.) The  destruction of civilization (i.e. chaos) will provoke the return of the Messiah (the anti-Christ) who will rebuild the world according to Kabbalist specifications, with the Illuminati bankers playing God.

This is all Satanism. God is inherently good. In a true religion, you do not obey God by doing evil, or by pretending evil is part of God.

Call it illuminism, secularism, luciferianism, humanism, paganism or the occult: It’s all Cabalah.

Modern Western civilization has no moral legitimacy (and no future) because it is based on a rebellion against God, who represents the path of our spiritual development.

Humanity had been hijacked by psychopaths intent on destroying the “old order” and building a bizarre, solipsistic, violent, depraved dystopia in its place.

These psychopaths control our government’s credit and the mass media. Thus, they are able to purchase our leaders and dupe society into embracing its own downfall.