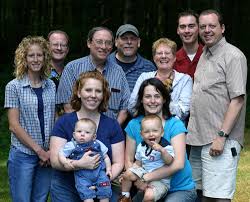 It seems like Christians are given only two positions about the Jews.

2) To reject political Israel, recognize it as part of the New World Order deception and be labeled antisemitic, (even though we’re not)

In reality it is only the Cabalist Jews who are behind these things while most Jews are unaware that their religion (referring to the Talmud) is satanic. This article by Henry Makow offers some unique insight into the (non Cabalist) Jewish perspective.

A family reunion reminded me of factors that Influenced my early life, factors that cause Jews to be overachievers.

“The lesson is that if you deny the primacy of an universal loving God, you will be unloved. And no amount of “success” — money, sex or power — will compensate.”

I wondered why a recent family reunion was not more relaxed and enjoyable. I felt I was under a microscope. My siblings and in-laws scrutinized my every word and deed, anxious to provide unsolicited help. My nephews seemed to posture and need praise. My nieces were struggling.

I concluded that feelings of inferiority and insecurity run in the family. Everyone bears the scars of emotional deprivation. Is this characteristic of just my family or Jews in general? Is it universal?

I felt “unloved” when I was younger. There were some family-specific factors. As a baby, my dad wouldn’t let my mother feed me except at designated meal times. He read it in some book. He was training a wild animal, and so let a hungry baby cry. In general, dad wasn’t emotionally ready for family responsibility so soon after surviving the war. He did his best but some children have an insatiable need for love and affirmation, especially when they don’t feel it.

My mother loved us unconditionally. But the father’s role is crucial in the development of a child’s psyche. He channels God’s love in terms of building character and self confidence. You can’t phone it in.

We listened to the news at supper; my dad would be lost in thought. Now, almost 93, his mind is somewhere else most of the time. But he has never been sweeter and more good natured. 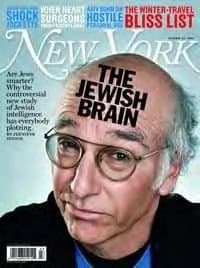 In Jewish families, love must be earned. The Jewish God is demanding and vengeful, more of a wily business partner than a benevolent deity, an egregore for Jewish people.

Jewish children cannot count on unconditional love. They must earn it by “being successful.” Is this what led me to write a syndicated advice to parents column when I was 11? Is this the origin of the infamous Jewish greed?

The reunion felt like a mini MBA program. The conversation was dominated by innovation and new products, and finding the very best of everything. (Perhaps this is typical of any people who run a complex demanding business, as my sister and her husband do.)

I recall my aunt telling my cousins and I, “Be successful children.” And in material terms, we were. Doctor. Dentist. Professor, Architect etc.

Except my nieces who could not handle the pressure “to succeed.” In another age, it would have been enough for these attractive girls to have gotten married. But now they had to become brain surgeons instead.

In the Jewish tradition, worldly success is seen as proof of God’s blessing. In contrast, the Christian God is Love. Christ is merciful. He loved the lepers. Christian children don’t have to be successful to be loved. Do they?

“HATED FOR NO REASON”

The inferiority was partly due to being told “Jews are hated for no reason.” Most Jews don’t know the reason they are disliked. Not told of bankers’ plan for humanity, or the many other legitimate reasons for antisemitism, they chalk it up to “envy.” It’s a puzzle to them. But it has the natural effect of giving many an inferiority complex. It would be more healthy for them if Jews could be truthful about antisemitism.

This “hatred for no reason” is not abstract. Although my family didn’t suffer from antisemitism in Canada, my grandparents and an aunt all perished in the holocaust. My siblings and I are the children of orphans.

In general, Organized Jewry can best manipulate Jews if they feel weak and vulnerable, under constant threat of annihilation. So we have Jews fearing Gentiles at the same time as Gentiles fear Jews.

Jews don’t know that Judaism is Luciferian. (This means inverting reality: making evil seem good; sick seem healthy (i.e. homosexuality); lies seem true; ugly seem beautiful etc.) Because of it, they have been both social and metaphysical outcasts. Their leadership has placed Jews in opposition to God.

Lucifer has turned the tables on God. Now, God is banished from society and replaced by the new God, an Illuminati cult consisting of elite Jews, homosexuals and Freemasons. Welcome to the NWO.

In any case, the subtle sense of always being in revolt against what is natural, healthy and good exacts a psychological price. There is an insecurity that comes from being perverted and used unwittingly to subvert society.

Of course, I am referring to the disproportionate Jewish role in Satanism, Communism, socialism, liberalism, feminism, sexual liberation, abortion, pornography, gay “rights” and “progressive” (if you’re a Luciferan) causes in general.

The lesson is that if you deny the primacy of an universal loving God, you will be unloved. And no amount of “success” — money, sex or power — will compensate.

But getting back to my family, I hear of other families that are not even on talking terms. I am grateful that, after some ups and downs, our relations are respectful and cordial.