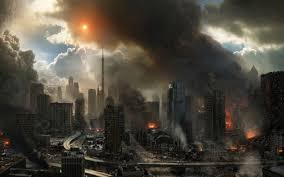 Judgment of the Masses is at Hand

In this brand new video just released by All News PipeLine friend Tom Lupshu, he warns us of all of the different things that are now coming at us from different directions; between weaponized ebola virus, massive earth changes, a record numbers of earth directed fireballs and the potential for nuclear devastation via World War 3, we are clearly close to reaching a ‘judgement day for the masses’.

Tom reminds us that something as simple as a grid down scenario could end up ‘culling’ 95% of the population in this country, and those without a plan will perish. This video is not a video to monger fear but a call to action, a call to preparation, a call to have a plan to survive while most others clearly won’t. This video could save your life.