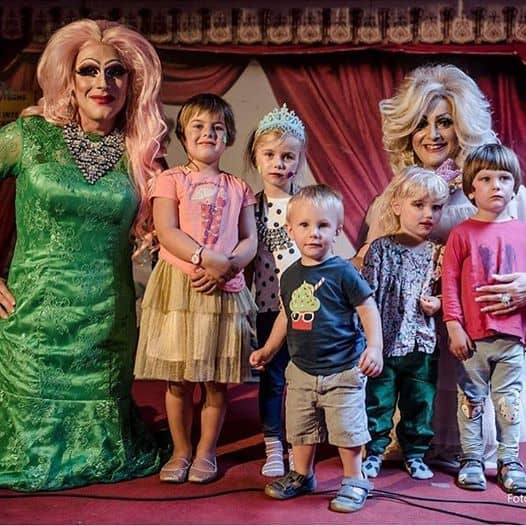 Drag Queen Story Hour is just what it sounds like — drag queens reading stories to children in libraries, schools and bookstores. In today’s upside down culture, schools don’t allow God but, they DO allow drag queens! 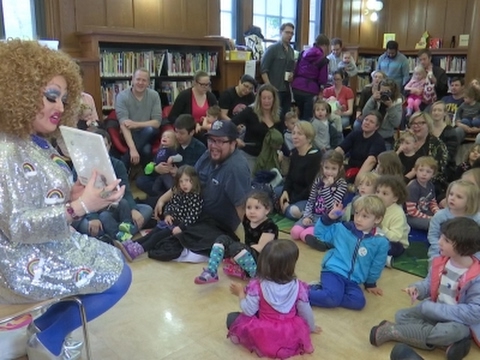 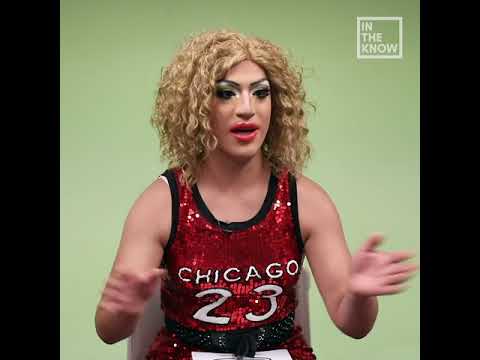 As unthinkable as it would have been only a few short years ago, the androgynous agenda can be seen in everything from bathrooms to politically-correct-gender-neutral–terminology today. It is being forced on our society through the media, and now it is working to capture the minds of our impressionable young children. To understand what the real agenda behind this is, we need look no further than the occult.

According to Kabbalists, in his original, perfect state, Adam, whom they call Adam Ha-Rishon (primoridal human consciousness), was created as both male and female, but was separated into two creatures; “Adam” and “Eve” when he fell from “consciousness” of his true spiritual state. The Midrash Rabbah says that,

The androgynous state, and “re-ascending” to divine consciousness is represented by the Baphomet, often depicted with female breasts and a phallus. Recognized as a satanic symbol seen on heavy metal albums, it actually originates in the Mystery Schools.

“It could see to the far reaches of the universe, for the light at that time was called Ohr Ein Sof, the limitless light, a metaphor for pure awareness. Adam Ha-Rishon did not see with eyes, it saw with an immeasurable “knowing.” This teaches that as each and every mortal being is a spark from the original Adam Ha-Rishon, we all have the potential to perceive everything knowable in this universe.”

Knowledge … Gnosis … Consciousness … . Where have we heard all that before?

In Kabbalah, it is the serpent who brings this higher consciousness. Cooper says,

“The Hebrew word for serpent (nahash) is equal in value to the word for messiah (meshiach).

From this kabbalistic perspective, the serpent is the vehicle for messianic consciousness. Thus the serpent represents far more in mystical Judaism than is commonly known, and a deeper understanding of these teachings changes entirely our appreciation of the story of creation.”

To spell it out, “Gender Fluidity” is not a human rights issue. It’s a satanic religion, the religion of the Mystery Schools. It’s the age old battle of two kingdoms; the kingdom of light and the kingdom of darkness parading as “light”.

“And if that light in you is darkness, how great is that darkness!” Matt 6:23b

“Take heed therefore that the light which is in thee be not darkness.” Luke 11:35

Christians need to stand up and speak up while we still have the right to do so.