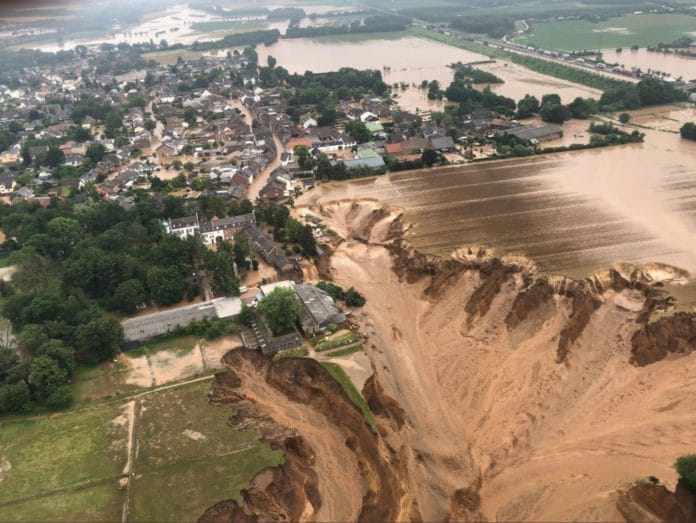 Residents are saying they had no warning of the devastating floods that swept Europe over the past few days. West Germany was badly hit. 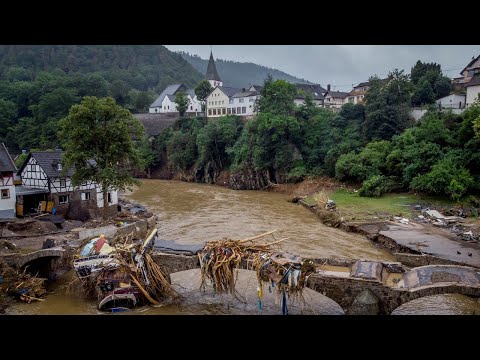 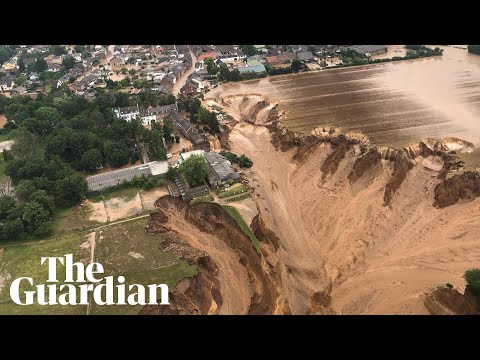 A video is circulating of one very upset resident reporting that countless lives could have been spared if only officials had only warned the public, and that now there is no help. Reminiscent of the  Hurricane Katrina disaster, the military has yet to show up. A friend in Bonn emailed today saying that private citizens coming from other parts of Germany to help, many traveling long distances, are being sent away by the police.

“Clearly, the agendas must be implemented – at all costs.”

Right on cue, out they come with their “Climate Change” rhetoric (LIE) to cover up their crime! All they do is LIE.

“…He was a murderer from the beginning, and does not stand in the truth, because there is no truth in him. When he LIES, he speaks out of his own character, for he is a LIAR and the father of LIES.” Jn 8:44)

The TRUTH is that this is nothing less than mass murder! The last report I read was “over 160 dead – hundreds still missing!”

“Geoengineering” The term sounds far too tame, so let’s call it what it is: The Deliberate, Diabolical Modification of Weather to use it as Warfare against Humanity and all of God’s Creation for the purpose of CONTROL and DESTRUCTION.

Believers, please join me in praying for the people in Europe who are currently suffering unimaginable trauma and loss!

Here are just a few of the headlines blaming this heinous crime on “Climate Change.” 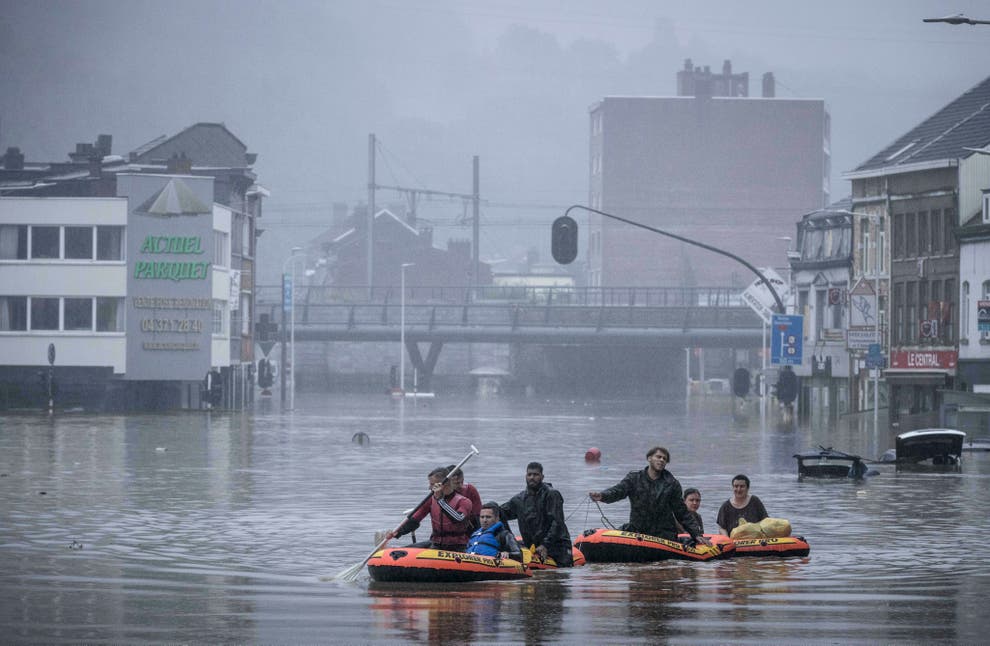 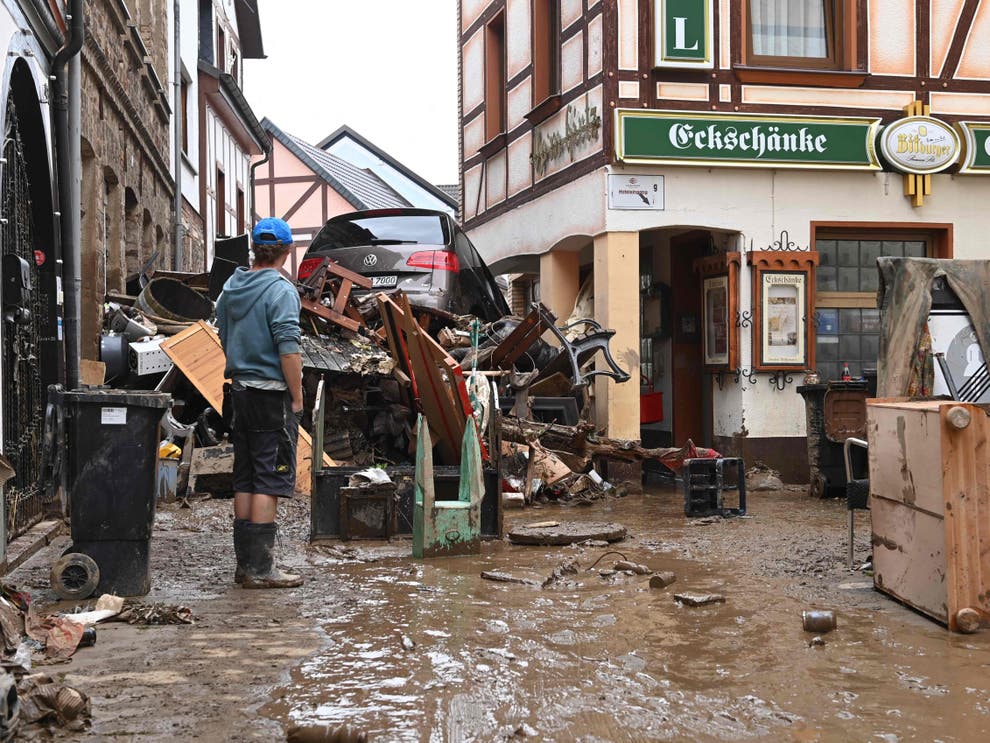 For anyone who doubts that governments are able to control the weather and create devastating storms like this? Please educate yourself! They have been doing this for decades with increasing intensity: https://climateviewer.com/

We’ve heard a lot about ‘Post-COVID-Life’ and the ‘New-Normal’ for over a year. But anyone who’s still expecting life to go back to the way it was is in for a big disappointment. The WEF have said so themselves.

“There is no returning to normal after COVID-19. But there is a path forward.” ~ World Economic Forum.

We’d best not just sleepily wait around for this all to blow over, because it will be a long wait.

From the fabricated “pandemic” their plan moves forward to an all encompassing control of the world. Yes, through whatever they’re poisoning people with, through the shots and whatever their recipients are giving off, but also, markedly, through ‘Climate Change’ and the declared need for ‘Climate Action’ that will supposedly be for the

‘Common Good of All for our Common Home.’ ~ Pope Francis.

We must not forget the Club of Rome and UN statements:

“The common enemy of humanity is man. In searching for a new enemy to unite us, we came up with the idea that pollution, the threat of global warming, water shortages, famine and the like would fit the bill. All these dangers are caused by human intervention, and it is only through changed attitudes and behaviour that they can be overcome. The real enemy then, is humanity itself.“ – Club of Rome, premier environmental think-tank, consultants to the United Nations

“Isn’t the only hope for the planet that the industrialized civilizations collapse? Isn’t it our responsibility to bring that about?” – Maurice Strong, founder of the UN Environment Programme (UNEP)

All these things are necessary components for their “New World Order.”

It is frightening, and sadly, it will become more so in the days to come. I think (at least it is my great hope!) that many may yet realize that they have been fooled, but scripture leads me to see an even greater deception on the horizon, and that’s the SOLUTION they’ll present in answer to their Freemasonic / Hegelian formula (with so many variations you could fill a conspiratorial wall with them.)

Tragically, our liberal friends buying their programming hook, line and sinker. It makes me recall the interview with the ex Russian KJB spy Bezmenov interview with G. Edward Griffin. Bezmenov chillingly spoke of a long-term plan to defeat America through psychological warfare and “demoralization.” He said that America would be taken over by

“a slow process which we call either ideological subversion, active measures, or psychological warfare.”

Here’s how he further described the ideological subversion:

“What it basically means is: to change the perception of reality of every American to such an extent that despite of the abundance of information no one is able to come to sensible conclusions in the interest of defending themselves, their families, their community, and their country.” (italics mine)

In the same interview, Bezmenov said that liberals were only to be used for their purposes to bring about their desired result and that they will then be destroyed… Just something to keep in mind the next time you become frustrated with a liberal friend… Don’t let the enemy frustrate you so much that you neglect to pray for them.

I think we all know that things are going to get very dark. I anticipate that they will offer a great proposed “solution,” that satan will likely raise up not just one, but two world leaders to fulfill the dispensational roles of “Antichrist” and “Messiah.” I don’t think anyone knows just how it’s all going to play out, but we know who holds tomorrow – and it isn’t our enemy.

“Declaring the end from the beginning and from ancient times things not yet done, saying, ‘My counsel shall stand, and I will accomplish all my purpose’” (Isa 46:10)

Be in the Word every day and vigilant in prayer. Pray for the victims of this terrible flooding. Pray for God to work in men’s hearts.

God bless and keep you all.