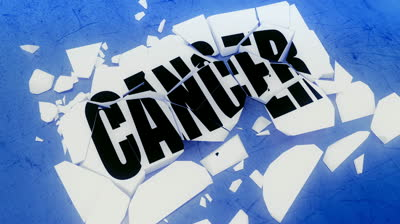 (NaturalNews) The overall number of new people who will develop cancer in a given year is expected to nearly double over the next two decades, claims a new report put out by the World Health Organization (WHO). Analysts at the international governing body say the current global rate of about 14 million new cancer cases annually, per 2012 data, will eventually balloon to somewhere in the ballpark of 25 million new cancer cases annually by 2035.

The sobering report comes on the heels of an earlier one out of France that similarly calculated a 75 percent increase in cancer diagnoses by 2030. With the exception of a few minor variances, both reports speculate that, based on current trends, new cases of cancer will skyrocket in the coming years. And the hardest hit will be poor and developing countries, many of which are right now undergoing major changes as a result of Western influence.

As far as the latest WHO report, this expected increase in new cancer cases has already been dubbed an imminent “human disaster,” according to the U.K.’s Guardian. Unless the governments and medical systems of the world make a rapid switch to focusing on prevention rather than treatment, WHO says, the devastation that is soon to come, both in terms of unsustainable medical costs and widespread societal loss, will be unprecedented.

“The global cancer burden is increasing and quite markedly, due predominantly to the aging of the populations and population growth,” alleges Chris Wild, director of WHO’s International Agency for Research on Cancer, as quoted by BBC News. “If we look at the cost of treatment of cancers, it is spiraling out of control, even for the high-income countries. Prevention is absolutely critical and it’s been somewhat neglected.”

While correct in his assessment that prevention needs to play a more prominent role in how society deals with cancer, Wild grossly misjudges why an increasing number of people across the globe are developing the disease in the first place. While age is definitely a factor in determining cancer risk, so are things like genetically modified organisms (GMOs), trans fats, fluoridated drinking water and many other ubiquitous facets of modern life in North America that are largely ignored.

While WHO gives a nod to the damage that can be caused by abusing alcohol and cigarettes, as well as the risks associated with being obese, the organization stops short of warning people about the cancer risks of consuming sodium nitrite, for instance, which is found in virtually all the deli meat sold at your neighborhood grocer.

WHO has also repeatedly failed to warn women about the dangers associated with submitting their bodies to regular mammograms, which multiple studies, including one recently published in the New England Journal of Medicine, have found can lead to breast cancer overdiagnosis. The ionizing radiation released during a mammogram has also been linked to causing breast cancer as well.

“Our food is sprayed about 30 times, with a cocktail of poisons, before we eat it,” writes a commenter on The Guardian, pointing out WHO’s apparent lack of concern about the many obvious carcinogens that we are all increasingly exposed to on a regular basis.

“[O]ur bathrooms are full of unregulated chemicals, which might well be carcinogenic ; our diet is not, in most cases, conducive to maintaining optimum health ; we do less and less exercise, and become sluggardly and overweight ; it is little wonder that people are becoming terminally ill to an increasing extent.”