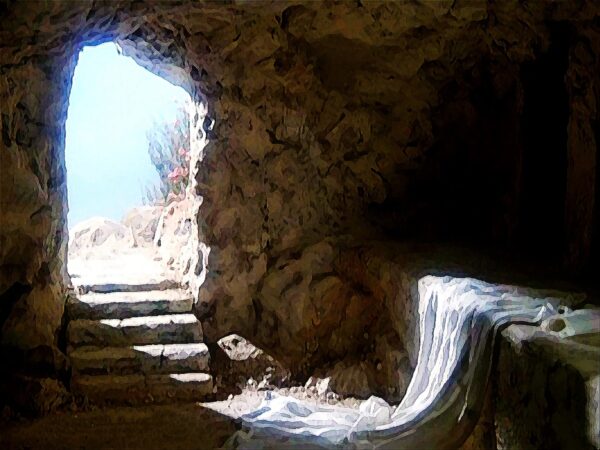 The resurrection of Jesus Christ is the single most important event in Christiandom. If Jesus Christ did not rise from the grave then we should be pitied of all people. Paul says,

And if the Messiah has not been raised, our preaching is useless and so is your faith. More than that, we are then found to be false witnesses about God, for we have testified about God that he raised the Messiah from the dead. But he did not raise him if in fact the dead are not raised (1 Cor. 15:14 -15).

Every year I see the exact DAYS of the week of Christ’s crucifixion and resurrection being scrutinized, as they should be. I remember counting “3 days and 3 nights” from Good Friday on my little fingers and finding they didn’t add up when I was only 8 (the grown ups must have understood something I didn’t…) So, yes, Jesus was most likely crucified on Wednesday to rise on Saturday (the Sabbath; the 7th day of the week)… or whatever your theory… but don’t miss the POWERFUL TRUTH as you sift out the gnats! What matters is that He WAS CRUCIFIED and He DID RISE FROM THE GRAVE! What matters is that God loves us SO MUCH (and that includes YOU!) that He came and lived among us to fulfill the Law in every way and offer Himself up as the final blood sacrifice for our sin! (1 Jn 2:2, 1 Jn 4:10, Heb 2:17, Col 1:21-22, Heb 9:11-14) This is our hope! This is the hope of the world!

Jesus proved He was God through the miracles He performed while on earth, His final miracle being to physically rise from the grave! There have been  many efforts to write off the resurrection as a hoax, but the fact is that the resurrection of Jesus Christ is very possibly the best documented event in history! NO other religion offers a risen leader, but Jesus rose from the dead and He is ALIVE TODAY! If ever there was a reason for us to CELEBRATE, this is it!

There are so many deceptions coming to light these days that it’s easy to become cynical. Yes, Easter is a pagan holiday* commemorating Ishtar, goddess of fertility (*follow these links for details on the pagan origins of Easter). So, don’t blend them. I get it, it’s part of our culture to color and hide eggs in the yard and fill brightly colored baskets with chocolate rabbits. Personally, I’ve foregone the rabbits and eggs for some time, but whatever you do, make sure not to send your little ones a mixed message (which is the whole point of the enemy’s great redirect) and miss the importance of His Resurrection! And, yes, we can argue over whether we’re supposed to celebrate any particular day… We should really celebrate Resurrection Day every day, so by all means; CELEBRATE! Let the world see your JOY!

I serve a risen Saviour, He’s in the world today;
I know that He is living, whatever men may say;
I see His hand of mercy, I hear His voice of cheer,
And just the time I need Him, He’s always near.

He lives, he lives, Christ Jesus lives today!
He walks with me and talks with me along life’s narrow way.
He lives, He lives, salvation to impart!
You ask me how I know He lives? He lives within my heart!

In all the world around me I see His loving care,
And tho’ my heart grows weary I never will despair;
I know that He is leading thro’ all the stormy blast,
The day of His appearing will come at last.

Rejoice, rejoice, O Christian, lift up your voice and sing
Eternal hallelujahs to Jesus Christ the King!
The Hope of all who seek Him, the Help of all who find,
None other is so loving, so good and kind.

He lives, he lives Christ Jesus lives today!
He walks with me and talks with me along life’s narrow way.
He lives, He lives, salvation to impart!
You ask me how I know He lives? He lives within my heart!

“Jesus made ten separate appearances to his disciples between the resurrection and his ascension into Heaven, over a period of 40 days. Some of those appearances were to individual disciples, some were to several disciples at the same time, and once even to 500 at one time.

Particularly noteworthy is that there were no accounts of witnesses who came forth and disputed these appearances or called it a “hoax.” Not a single one. Nor do we find any historical record of any witness accounts that were contradictory.

While there are skeptics of the biblical account of Jesus, there’s actually far more reliable historical evidence for his life, teachings, miracles, death, and resurrection than for any other historical figure of ancient times. Consider, for instance, that the authenticity of Alexander the Great, who was born some 350 years before Christ, is based on two original biographical accounts of his life by Arrian and Plutarch, which were written some 400 years after Alexander died.

The manuscripts of Virgil and Horace, both of whom lived within a generation of Christ, were written more than four centuries after their deaths. The copy of works by Livy and Tacitus on Roman history and the works of Pliny Secundus on natural history were written on average some 700 years after the time of the original account.

Yet no one doubts Virgil and Horace lived and authored great poetic masterpieces. Nor do we hear questions about the authenticity and accuracy of accounts of Livy and Tacitus in chronicling the events of the Roman Emperors Augustus, Claudius, Nero, or Tiberius.

About 1,000 times more manuscripts preserve the deeds and teaching of Jesus in the New Testament (about 25,000 total) than there are preserving other classical ancient works of historic figures who lived at approximately the same time, with the exception of Homer, whose “Iliad” is backed by 1,800 manuscripts. But that is still less than one-tenth the number of ancient manuscripts that back the authenticity of the New Testament.

We know the historical Jesus mainly through four different accounts known as the gospels—Matthew, Mark, Luke, and John—not written hundreds of years later, but within a generation or two of Jesus’s life. Apostles Matthew and John provide eyewitness accounts from their years of walking with Jesus as disciples. Mark also had eyewitness experience, although he was only a teenager when Jesus began his public ministry. Luke, the doctor, learned about Jesus from his friend Paul, the apostle who wrote the most letters in the New Testament.

Because of their experience with the resurrected Jesus, the apostles were in a unique position, knowing with certainty that Jesus was truly the Son of God. They had been present for the life, ministry, miracles, and death of Jesus. If the claims about Jesus were a lie, the apostles would have known it. That’s why their commitment to their testimony was so powerful and compelling.

Additionally, the apostles’ willingness to die for their claims has tremendous evidential value, also confirming the truth of the resurrection. No one will die for something he invented or believes to be false.

Seeing, talking to, and touching the risen Jesus transformed the apostles, who then committed the rest of their lives to educate and advocate for the truth about the message of salvation through Christ. With the exception of John, who died exiled on the island of Patmos for his testimony of Jesus, the other 11 apostles—including Matthias who replaced Judas, the betrayer of Jesus—died as martyrs for their beliefs in the divinity of Christ.

It turns out that Easter, which has its ultimate meaning in the resurrection, is one of ancient history’s most carefully scrutinized and best-attested events. The resurrection is real, and changes everything. Easter is the commemoration and celebration of the single event that transformed the world forever.” Source 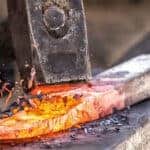 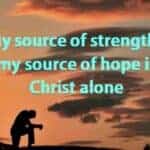 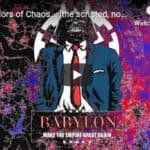 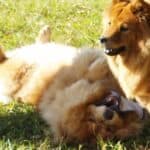