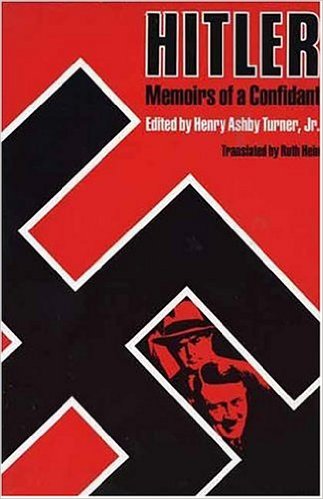 As with any articles addressing the Freemasonic Jewish Conspiracy, due to heavy propagandizing in the church and media which pronounces anyone who criticizes the Satanic Jewish conspiracy as being  “anti-Semitic“,  I feel the need to clearly state once again that I am NOT anti-Semitic. I am NOT racist nor am I bigoted against any people group, whatsoever. This article addresses a very specific group of people who are hiding behind the scenes of unimaginable deceptions and atrocities against humanity. These people are Satanists. These people claim to be Jews, but their true ethnicity is questionable. Certainly, their true religion is not that of the Torah, and they are not the followers of the God of the Old Testament.

Otto Wagener briefly headed the Nazi SA and was Hitler’s constant companion from 1930-1932. Wagener’s memoirs reveal that Hitler clearly understood the Masonic Jewish banking conspiracy yet chose to serve it.

He attacked its appendage (the USSR) instead of its heart, the City of London.  This is more evidence that Hitler was an Illuminati agent and false opposition.

“In the years 1931 and 1932, I accompanied Hitler on most of his very frequent trips. In 1931, the first year of my marriage, I spent only 42 days in Munich. All the rest of the time, I was travelling with Hitler, usually by car….’Germany’ was our only thought — the German volk and the German future.” (177)

They “intended in time, [to use their] international financial power — to seize absolute control of the destinies of all the peoples in the world.”

He said the ultimate goal was a “the expansion of the League of Nations into a kind of world state.”

“Then, if this world state [were] able to wield military might… as a world police — then Judah will finally have stabilized its financial power in the world.”

” [This will be] guaranteed and secured by the… international military force into which the oppressed are conscripted to to serve their oppressors. That is the meaning of Palestine!”

He said this will fulfill the promise of the Old Testament:  “‘All nations shall be subject to you , their kings shall serve you.'”

He said “This financial power would be broken once and for all by our idea of [printing] currency” but world Jewry and its myriad allies in industry and commerce will oppose this measure. That’s why Hitler swore his confidants to secrecy. ( Above quotes, pp. 187-188)

Hitler opposition to the banker agenda is questionable. He knew that the British Empire was the instrument of the Masonic Jewish world conspiracy. He compared Britain to a private company: “The governing board is the government — or rather, the Masonic lodge organization behind the government.” (154)

The Protocols of Zion told Hitler that Freemasons were errand boys for the Jewish Satanists.  Hitler knew that Soviet Communism is Jewish Cabalism, i.e. Satanism, Freemasonry. He knew the USSR was established by British and American Freemasonry. Yet he insisted that Germany and England were natural allies in the war against Communism. He told Wagener:

“England also recognizes the danger Russia presents. England needs a sword on the continent. Thus our interests are the same– yes, we are even dependent on one another. If we are overrun by Bolshevism, England falls as well. But together we are strong enough enough to counter the international danger of Bolshevism.” (157) 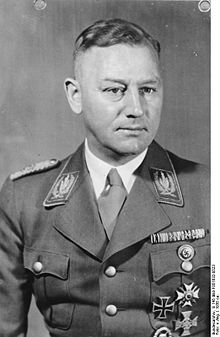 Wagener, left, lamented that Hitler didn’t recognize that England would regard an empowered Germany as a threat and would throw its weight with Russia rather than against it. Hitler kept insisting on a racial bond between Germany and England despite the evidence of Jewish interbreeding with the English aristocracy. They were part-Jewish just like he was.

He knew that Russia is a Masonic-Jewish entity: “National Socialist Germany cannot enter into alliances with Russia. Rather, I see Jewry’s determination to use Russia as a springboard from which to direct the removal of the existing order in other nations as well! …the Comintern is purely Jewish.” (167)

Hitler failed to acknowledge that the UK and America had already succumbed. His obtuseness may be due to the fact that he was financed by the same London and NYC-based Masonic Jewish bankers he was railing against.

Below, I list some articles that support my view that Hitler was false opposition. His role was to smoke out all opposition to satanic world domination and lead it to destruction. He was able to play this role effectively because, I suspect, he was a multiple personality. He may have been trauma brainwashed at Tavistock during an eight-month period in 1912.

Wagener was a genuine German patriot, not an opportunist and traitor like Hitler.  He raised contradictions and asked embarrassing questions about Hitler’s and Goering’s finances. He was almost murdered during the SA purge of 1934. By happenstance, the truck carrying him and fellow SA veterans to their execution broke down and they were transferred to a jail. Friends were able to secure his release. Wagener later served in the Wehrmacht and rose to the rank of Major General. He was interned from 1945-1952 when he wrote his memoirs. They express a level of intelligence and culture rarely seen today.

In conclusion, in May-June 1940 England lay prostrate. Hitler had an opportunity to pluck out the heart of the Masonic Jewish money monopoly that holds mankind in its thrall. Instead he allowed 330,000 British and Allied soldiers to escape at Dunkirk, proof that he was their agent, not their nemesis.
– See more at: http://henrymakow.com/2016/01/Confidant-Exposed-Hitler-Contradictions.html#sthash.fMQgu7MV.dpuf