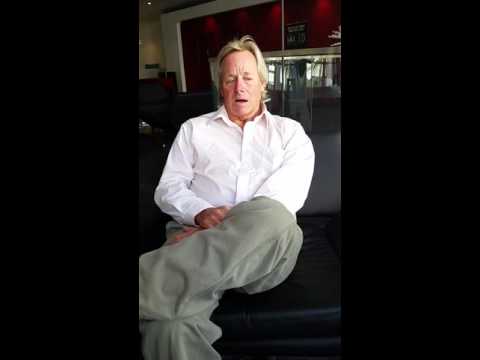 “We’re in deeper trouble than some of us thought,” Simmens says.

Lance Simmens has worked as a policy consultant for two U.S. Presidents as well as senators and governors. Since retirement, he has published 180 articles at the Huffington Post.  As such, it came as a great shock when one of his recent articles was removed by the Huffington Post for the first time. The unacceptable subject matter was nothing more than a positive review of the banned documentary VAXXED. Simmens was shut out of his account and inquiries to editors and Huffpost maven Ariana Huffington went unanswered.

“As a father of two millennials, I have been bombarded with what has turned out to be a warranted cynicism, criticism, and rejection of government. As one who devoted nearly 40 years to the promotion of public service and government, I have come to reassess my initial reluctance to such criticisms. The kids have every right to be cynical and critical and as hard as it is for parents to accept it, probably know more than we do…we as a society can no longer depend upon our government leaders and institutions to protect us.”

Below is the article Huffpost censored:

Why Our Children Should Hate Us
by Lance Simmens
(abridged by henrymakow.com)

Vaxxed, the controversial documentary alleging a direct causal relationship between vaccines and exponential increases in autism amongst children is a deeply disturbing and hence critically important piece of work that will cause many sleepless nights for parents of infants everywhere.

I had the honor of both watching the film and participating in a discussion afterwards with its Producer, Del Bigtree and Director, Dr. Andrew Wakefield. It is a must-see film and deserves to serve as a catalyst for a national discussion of the role of mandatory vaccines for children and the role of the pharmaceutical industry in government decision-making.

What is equally disturbing, however, is that the film represents another in a cascade of documented allegations calling to task not only the corruption of government regulatory agencies but the corruption of science and scientific method itself. And to the extent that the current Presidential election contest has sparked virulent dissatisfaction with our elected leadership and the institutions of government, we must take this opportunity to seriously question what many had taken for granted: namely, that government has as its most solemn mission the protection of public health, safety and welfare. The film carefully documents decisions by the Centers for Disease Control that lend credence to systemic corruption….

The corruption of science and scientific method has manifested itself most prominently in recent years with a spate of attempts to deny the existence of global climate change and the role that continued fossil fuel usage plays in accelerating it. This, of course, finds refuge in the stalling tactical maneuvers perfected by the tobacco industry over a half century ago. These “Merchants of Doubt” cast an effective smoke screen that effectively blurs rational thought by an unsuspecting public that would much rather leave it to the experts. And the experts on protecting the public are those we elect to steer the ship of state.

But of late we have seen spineless political chicanery, which I must sadly admit is totally bipartisan, when it comes to issues like fracking and the substitution of natural gas as a purportedly transitional fuel to bridge the gap between coal and renewables. What, in essence, we are doing is substituting one form of greenhouse gas, carbon dioxide with its long-term atmospheric consequences, with a far more potent heat-trapping gas, methane, in the short- and intermediate-term. This is fossil foolishness that will sentence our kids and grandkids to a lifetime of gut-wrenching and maybe irretrievably lesser quality-of-life choices. But the effects will not show up until after those making the decisions have long left their lofty perches within the government.

Fracking is contaminating water supplies and the air we breathe, is causing public health problems and facilitating earthquakes in places that have never even had earthquakes in recorded history, yet the regulatory responses are negligible. While New York State maintains a moratorium on fracking its neighbor Pennsylvania continues to put communities at risk. California–with its tough-talking Governor Jerry Brown loudly decrying climate change and promising to be a world leader on mitigation strategies–is essentially missing in action when it comes to regulating fracking in the Central Valley and even within the city limits of Los Angeles. The inadequacy of California’s regulatory body to place the citizens’ health and safety above industry considerations borders on criminal.

We all witnessed the BP disaster in the Gulf of Mexico, and its dastardly cousin in Porter Ranch, California, that has been described as BP on land, the release of nearly 100,000 metric tons of methane from a leaking natural gas storage well. Yet we merrily proceed to push forward with government-subsidized fossil fuel production policies that benefit the richest corporations known to mankind.

We see government failure and most likely criminal negligence if not outright prosecutable actions on behalf of government officials with regard to the contaminated drinking water in cities like Flint, Michigan, and evidently in cities all across the U.S.

There are crimes against humanity being perpetrated by chemical companies like Monsanto as glyphosates and genetically engineered foods find their ways comfortably into our kitchens and stomachs. Steven Druker, in his seminal book Altered Genes, Twisted Truth has meticulously documented systemic corruption in the Food and Drug Administration.

In Malibu, there is a local effort to address the existence of PCB’s in window caulking in schools yet the school board spends millions of dollars to fight its removal rather than simply remove it. Once again it seems to be far easier to spend money denying the evidence than in fixing the problem. This is obscene and unfortunately the problem extends to schools throughout the country. Why is it we have so little regard for the injuries we are inflicting upon our children?…

I have worked in numerous governmental agencies at senior levels where I attempted to defer to the scientific expertise when contemplating major policy decisions affecting millions of people. To see the systemic corruption that is occurring in government agencies like the Environmental Protection Agency, Department of Energy, Department of Health and Human Services including the Centers for Disease Control and the Food and Drug Administration not only makes me sad but it makes me mad.

There has always been an attempt in this nation to balance out the avarice of the private sector with a regulatory framework in the public sector that protects those most vulnerable in society. That balance has been totally upended and as the latest effort on behalf of those involved in Vaxxed shows, we as a society can no longer depend upon our government leaders and institutions to protect us.

We must begin by electing leaders who will restore the balance that is needed to protect at the very least our children. If we do not our legacy to our children will be one punctuated by scorn and anger. In this instance our kids actually know us better than we know ourselves. What a sad commentary on the state of affairs of the human race.