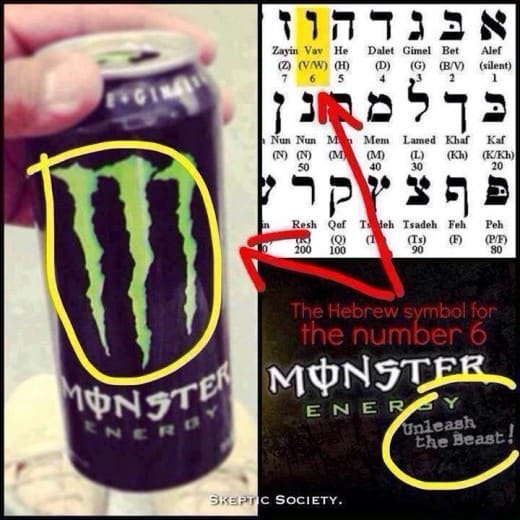 I ran across this and thought I’d revisit the subject of the blatant “Illuminati” symbolism in corporate logos. Great article.

We see them everyday. Corporate logos and/or symbols are all around us but most of us pay little attention to them or ever seek to discover what certain logos might mean. Additionally, we seldom consider the possibility that these logos may have nefarious meanings or agendas. After-all what power can a symbol have?

Symbols actually have a lot of power. They are hidden in plain sight which is why they are so powerful. Symbols are used to quickly identify a brand, to show allegiance as in the Nazi swastika and/or to further corporate sales and brand allegiance as in the case of corporate logos. But, what do these corporate logos mean, if anything? Most of us have never given this a thought. And, if we have we might think that they were simply conjured up by some corporate ad agency aka “Mad Men”. This may be the case with the majority but here are a few corporate logos that appear right beneath our noses that may have sinister backgrounds.

This logo seems innocent at first until you look more closely. It is actually the Nazi Swastika hidden inside the Chase Symbol. The logo was first created in 1961 as a stylized octagon but could it mean anything more than that? Could it be that Chase bank, the largest bank in the United States, had anything to do with World War II or the Nazi’s? Did Chase bank finance the Nazi’s? It couldn’t be true that an upstanding bank like Chase actually funded the Nazi regime and that they actually had the chutzpah to create a logo that hides a Nazi swastika in plain sight, could it? Well, as it turns out the answers to those questions is YES! Chase bank actually laundered German marks during World War II from Germany to America, thereby funding the Nazi’s. The Nazi’s stole German marks from the Jews and sold them to Chase bank at a discount, Chase bank, in turn sold them to Nazi sympathizers.

Ok, well maybe that was a one time deal..a mistake of some kind and nothing like that was ever done again, WRONG! After the Nazi’s invaded France FDR froze all of their accounts and at first so did Chase, however, within hours Chase unfroze Nazi accounts and allowed the transfer of money to the Nazi’s via South America. Have you ever wondered how a penniless World War 1 veteran named Adolf Hitler, got the money to take over Germany, well now you know.

Our next corporate logo is one that we see everyday as well. It is the Chrome symbol below:

This symbol is actually the Illuminati number 666. 666 is the number of the Beast in the book of Revelation. In the 13th chapter of the book of Revelation the Bible says that he, the anti-Christ, will cause all great and small, rich and poor, free and slave to take a number and without that number no one will be able to buy or sell. That number is the number of a man, 666.

Chrome is a browser invention originating from Google. Apparently the name “Chrome” came from a Google employee who liked fast cars, the symbol almost looks like a hubcap, so because Chrome was created as a fast browser the name was appropriated. It also looks like a camera lens which may insinuate that you are being watched.

Our next corporate logo is used by AOL, CBS and the Time Warner. It is the “Eye of Horus” logo or the All Seeing Eye:

This logo actually looks like the “All seeing Eye of Horus”.

Unlike the Chrome logo the AOL, Time Warner and CBS logos are pretty apparent in their hidden message that you will be watched especially in the light of recent articles that our so called smart TV’s are actually watching us! Previously in one of AOL’s older versions it even had an eye that would “wake up” when you were logged in and close when you were logged out, pretty creepy if you ask me.

The “All seeing Eye of Horus” originates from Egyptian mythology. Horus was/is one of Egypt’s oldest deities. He was/is the god of protection, vengeance, sky, sun and war. The Eye of Horus is also referred to the Eye of the Great Architect, the Eye of Ra and the All Seeing Eye. It is often portrayed in a triangle and sometimes with sun rays protruding from it. It is usually the left eye. It is on our dollar bill and literally everywhere in our culture. Many consider it the symbol of the Luciferian Kingdom on earth.

These are just a few corporate logos, there are many, many more.

Whether these corporate logos are accidental or on purpose they seem to permeate our society. And, whether we realize it or not they have an affect on each of us. One of the reasons for incorporating logos into a society is to use stealth to slowly immerse us into a new way of thinking. One hundred years ago we would not have allowed ourselves to be watched every moment of every day. Today, however, we think nothing of it. One hundred years ago the only people who were aware of the number 666 were people who read their bibles faithfully, today it’s flashed by celebrities, used in advertising and generally accepted or ignored by our society. It is considered the “devils’ number” and yet we think nothing of it. People who are involved in the occult know how important symbols are. They are used to unify the “enlightened” and to hide in plain sight from the masses the agenda of the “enlightened”.

So far, they are working.

Additional Articles about the Illuminati by Brie Hoffman