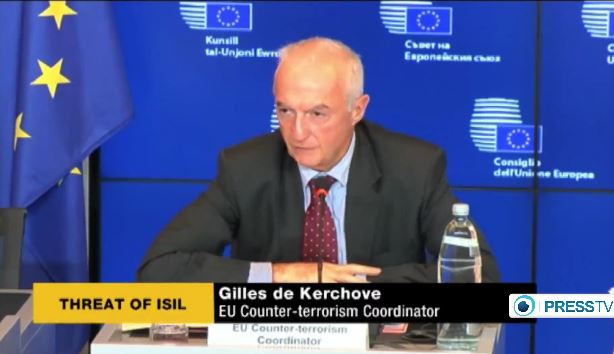 EU counter- terrorism officials warn that the ISIL’s atrocities in Iraq and Syria are the “largest footprint of crisis” since the Second World War, Press TV reports.

EU Commissioner for International Cooperation, Humanitarian Aid and Crisis Response, Kristalina Georgieva, said, “I am not going to exaggerate when I say that since the Second World War this is the largest footprint of crisis we have seen, and the numbers are there to prove it. We have over 51 million people displaced internally or as refugees.”

Iraq has faced brutal violence by the ISIL Takfiri terrorist group across the country’s north and west since early June. The ISIL terrorists have threatened all communities, including Shias, Sunnis, Kurds, Christians and Izadi Kurds, during their advances in Iraq.

Syria has been gripped by deadly violence since 2011. Western powers and their regional allies – especially Qatar, Saudi Arabia and Turkey – are reportedly supporting the militants operating in Syria.

Some members of the European Parliament have voiced their belief that Iran could be crucial to the fight against the ISIL.

“There is a great need to form a diplomatic coalition, a political response,  but any coalition must have a clear objective and it will have to be coordinated across all parts of the coalition and this in itself will be difficult. I think we need to have some very key actors involved in this. I’m thinking particularly of Iran,” said French MP Arnaud Danjean.

EU counter-terrorism coordinator Gilles de Kerchove also said, “What struck me was the broad consensus on the need to act now, so to take all possible decisions now in order to be more effective in detecting suspicious travel.”