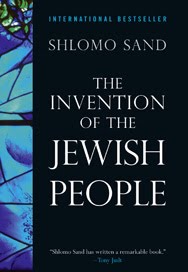 ““O Jerusalem, Jerusalem, the city that kills the prophets and stones those who are sent to it! How often would I have gathered your children together as a hen gathers her brood under her wings, and you were not willing! See, your house is left to you desolate. For I tell you, you will not see me again, until you say, ‘Blessed is he who comes in the name of the Lord.’”” Matthew 23: 37-38

“You serpents, you brood of vipers, how are you to escape being sentenced to hell?” Matthew 23:33

“[T]he Jewish religious leaders were not traditional Abrahamic Covenant Jews, even though they certainly gave great lip service to it; rather, the Pharisees of Jesus’ day were members of the secret society now called the Cabala. The Cabala was as occultic and Satanic as any that has ever existed, and for the past 2,000 years, has formed the cornerstone of all seriously Satanic secret societies.

Since the Pharisees were practicing Satanists in their heart of hearts, this would explain their intense hatred of Jesus, even in the face of His many and unparalleled miracles.

If the Pharisees had been merely misguided sinners, Jesus would have displayed the same compassion toward them as he did prostitutes and tax collectors. Reread the Gospels with this concept in mind, and you will see the uncharacteristic anger from Jesus toward the Pharisees.  read more

Are Jews a Nation, Race or Religion?

None of the above.

Judaism is an Occult Secret Society.

Jews and their Gentile acolytes are unwitting members of a satanic cult.

I had an “Eureka” moment when I read an interview with Shlomo Sand, the author of “The Invention of the Jewish People.”  He shows that the Jews today are not the descendants of Biblical Hebrews but are people of different races who converted to Judaism down through the centuries.

According to Sand, the description of Jews as a wandering and self-isolating nation of exiles, “who wandered across seas and continents, reached the ends of the earth and finally, with the advent of Zionism, made a U-turn and returned en masse to their orphaned homeland,” is nothing but “national mythology.””

I asked myself how such large Jewish communities appeared in Spain. And then I saw that Tariq ibn Ziyad, the supreme commander of the Muslims who conquered Spain, was a Berber, and most of his soldiers were Berbers…who converted to Judaism.”

Elizabeth Dilling said the same thing in 1964 in “The Jewish Religion: It’s Influence Today”  (Chapter IX)  Somehow I missed it.  “Present day Jews are a pot pourri of every race of man,” she writes, “and they do not have any genealogical or racial derivation from the ancient peoples of the Holy Land.”

I had the misconception that Jews were a race because of their traditional antipathy to intermarriage. This was enforced by Hitler’s racially-based treatment of Jews. But I couldn’t explain why Jews differed racially and discriminated against each other on this basis.Moreover,  I couldn’t reconcile race with the fact that the Illuminati, the secret inner core of Judaism, actively sought intermarriage with non-Jews and were happy to sacrifice other Jews to slaughter.

My paradigm has now changed. My latest thinking is that, like its proxy Freemasonry, the  defining element in Judaism is the occult “ideology.” Race doesn’t matter. Anybody can join the club: Marilyn Monroe, Sammy Davis, Elizabeth Taylor, Madonna, Britney. As with American Express, “membership has its rewards.”

And like Freemasonry, Judaism is characterized by the fact that the membership is ignorant of the true agenda. Only the “Illuminated” are in on the secret. The rest are manipulated and disposable.As with Freemasonry, the hidden agenda is Pagan and Satanic. Judaism uses the Old Testament to draw people into the fold. But it is actually defined by the Talmud and Cabala which spurn the Old Testament.

Dilling shows how Moses’ injunctions against bestiality, sodomy, adultery, incest, necrophilia etc. in the Old Testament are overturned in the Talmud. (Chapter V)

The picture of Jews as a nation-race is another way of controlling and manipulating them. It’s essential for Jews (and Freemasons) to understand that the best parts of the ideology are for public consumption and to attract the innocents. From this pool, only the corruptible are informed of the true agenda and allowed to rise. They become part of the Illuminati.

But if there is trouble, the Illuminati will plant the blame on the innocent Jews and Masons, the outer layer of dupes who run interference and serve as their human shield.SATANIC?

The hidden (Talmudic/Cabalistic) agenda of Judaism and Freemasonry is to supplant the natural and spiritual laws of the universe (God) with the tyranny of the Illuminati bankers. They will define reality. For example, homosexuality, bestiality, incest etc. are being normalized. What is healthy (i.e. marriage, family) is deemed sick; what is false (i.e. climate change) is deemed true; what is obscene and ugly (modern art, entertainment) is deemed beautiful.   This is the New World Order.

The Cabalist bankers have been waging war on humanity for centuries. Ordinary Jews and Masons are in jeopardy by virtue of their association with this scourge.

“The Messiah is without metaphor the Jewish people.” (Dilling, Chapter VI)

The Cabala teaches that God (“En Sof”) is not moral, and has no characteristics. God is composed of nature. Since the highest expression of nature is man, he is God. And since only Jews are human, and above the level of beast, Jews (i.e. Illuminati bankers) are Divine.

The Passover song “Only the Kid” heralds the day when all the world’s great nations destroy each other in war, and only Israel is left.  (Chapter XIV)

Have no illusion, mankind has been inducted into a Satanic cult based on the Talmud and Cabala. Gradually we are being sedated and offered up as a tribute to Lucifer by his disciples, the Illuminati bankers.  Mankind is doomed to an ersatz life, a perpetual rerun of the past.

Anti-Semites are protecting the Illuminati by blaming the “racial” Jew. The true villain is the Illuminati banker and his lackeys of every ethnicity and “religion,” who embrace the Satanic ideology of the New World Order.

Correct. Zionism is neither culturally or genetically semitic, nor is it by any commonly understood definition a religion.The members of this ancient bloodline cult are no sons of Abraham.

More illness than ideology, Zionism may be best characterized as a highly aggressive and singularly focused (dissociative) state of mind with (cosmic) control issues central to its psychological, social, and political orientation. (Integral to these psycho-dynamics may be a long enduring existential crisis of identity regarding the perceived relationship between creature and Creator.)

Even the most cursory examination of this organization’s history, goals, and ongoing practices suggests an alignment or affiliation with an ‘energy’ bound – beyond transparent ambition – by its own (impossible) determination to ‘beat the Balance’ of personal consequence.

(Whether or not an almost palpable sense of growing urgency and the ‘plainly’ visible escalation of global affairs is in any way related to the now quickening approach of long forecasted astro-events is the subject of some speculation.)

Between the two prime motivators of fear and love, it is clear that this ‘energy’ is most familiar with the former. Such is the acclimation from which ‘it’ personally operates and subsequently projects itself through suggestion and coercion upon the life of this planet.

This conspiracy of the relative few, however, could not exist – much, I’m sure, to your own personal frustration and distress – without the complicit enabling of the willfully ignorant many. It is well known to those directly involved that they could not long stand under the scrupulous light of collective scrutiny. The simple truth of this lies within the very existence of the A.D.L. ( The hounds of Hell.)

The more pieces connected, the clearer the picture, the easier it is to see how the remaining ones might fit. Tell you what, though. Somewhere along the way, somebody sure took the fun out of dissent. (Guessin’ it was them boys over at the Post.)

Best put: “Freedom has long proven too heady an elixir for the masses.”(T.R.) Still its heartening, at times, to tune in to this brazen, if fragmented, new (post 911) underground for a few bars of discernible truth, and to waft back, upon occasion, that vaguely (self)satisfying sound of Orwellian cow pies roasting over an open fire.