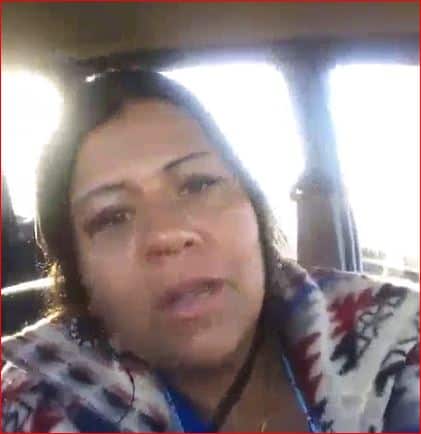 
We get an update from Wayne Wilansky, the father of 21-year-old activist Sophia Wilansky, who was injured during the standoff at Standing Rock in North Dakota. Sophia has been undergoing a series of surgeries after reportedly being hit by a concussion grenade during the police attack against water protectors protesting the Dakota Access pipeline in North Dakota Sunday night. The Standing Rock Medic & Healer Council says 300 people were hurt in the attack, with injuries including hypothermia from being sprayed by water cannons in subfreezing temperatures, seizures, loss of consciousness, and impaired vision as a result of being shot by a rubber bullet in the face. “President Obama has to step in there and stop this,” says Wayne Wilansky. “They’re drilling now, even though they don’t have a permit.”