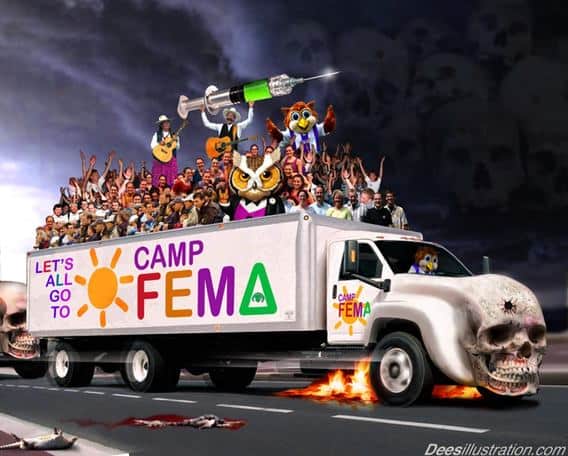 Infowars
A whistleblower who claims to work inside the Los Angeles Department of Health Services has told Infowars that L.A. officials are planning to forcibly remove homeless people from the streets later this summer and house them in facilities which they will not be permitted to leave.

The source, an office clerk within the LADHS, said that during a policy meeting on the morning of June 18th last month, his supervisor announced that the Los Angeles County Dept. of Health Services had struck a deal with the government to open up “low cost housing” facilities for homeless people, otherwise known as “FEMA camps.” The source said that his supervisor ordered staff not to use the term “FEMA camps.” 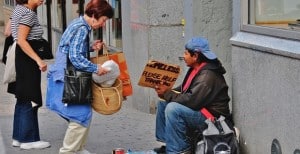 The program is focused around removing or relocating homeless people from the streets of downtown L.A., starting with Skid Row.

“We will approach them on the street asking if they need or want help usually offering food to get their direct attention, if they come into the office it makes our jobs twice as efficient,” said the supervisor. “In most cases the decision is already made for them unless they become combative or belligerent in which case we send them in for a 72 hour psych evaluation and then transfer them while under sedation or heavy medication to the “facility.”

The supervisor stressed that the program would be “humane,” that it would help clean up the streets, and that the citizens being processed into the housing units would receive medical treatment, an RFID chip, room and board, but that “they cannot leave.” The supervisor elaborated that the facility was not a prison, but that its population would be kept there “for their own health and safety.”

The whistleblower points to a page on the Department of Health Services official website which details how “roving teams” will help “provide short-term housing with health oversight to homeless DHS patients who are recovering from an acute illness or injury or have conditions that would be exacerbated by living on the street or in shelters.”

The post also mentions “a 38 bed recuperative care site in South LA” which will be opened “this summer” to cater for the homeless.

The notion of forcing homeless people off the streets into detention facilities is not a conspiracy theory and has already been taking place across the United States. Los Angeles is already making moves to force charities for the homeless off the streets as part of plans for the “gentrification” of entire areas.

Last year, the city of Colombia, South Carolina voted to make homelessness a crime, creating police patrols which gave homeless people the choice of either forcibly entering a shelter on the edge of town or being sent to jail.

More than 50 cities all over the nation have also made feeding the homeless a crime, while in places like Camden, N.J., authorities are bulldozing entire tent cities.

Someone claiming to work for the Los Angeles Department of Health Services, reports that “officials are planning to forcibly remove homeless people from the streets later this summer and house them in facilities which they will not be permitted to leave.”

These are US citizens, homeless yes, but convicted of no crime, to be locked away in “facilities” aka FEMA camps, without the option to the liberty and freedom US citizens are guaranteed by the US Constitution.

According to this source, the words “FEMA camp” were not allowed to be used and the term preferred is “low cost housing,” and that the deal had been made with the US government to implement these plans. This was stated at a policy meeting on June 18, 2014, according to InfoWars.

UPDATE: “FEMA Drill In My Backyard”: It Has Begun!