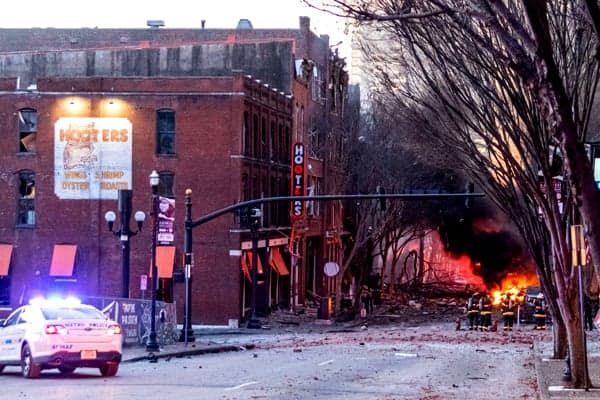 I set out to write this post about Christmas. But as I was writing, our internet, phone service, and television suddenly went out. Outages happen, so we waited around for it to come back.

Fortunately we have an antenna so we were able to pick up some local channels to find out what was going on. Oh my goodness…

I’m sure by now that everyone has heard about the massive explosion downtown that badly damaged the AT&T building, the greater Nashville area had no AT&T service for a day and a half. No phone lines. Nothing.

As fate would have it, mom’s central heat went out too. She lives right across the street, so we were able to take care of her. But within a short time I found myself at Starbucks with a crowd of other people, buying a latte so I could use their WiFi. I was able to get hold of a good friend who is a heating and air conditioning specialist to come fix mom’s heat. Thanks Ken! I also got a few messages out to friends and family.

Social media was already abuzz with researchers’ findings about who owned the AT&T building and their alleged link to Dominion voting systems (interesting name). More stirring up of public emotion over the election. Nothing surprising there. By now I’m sure most of you have seen the videos showing how the ominous message that was broadcast for a half hour before the blast to “Evacuate the area – There’s going to be an explosion” had actually come from a smart pole and not the “mysterious” RV. And how, although the RV was  reportedly the source of the blast, it was actually parked across the street from it. MSM almost immediately claimed police had found human DNA, and they’ve supposedly pinned the bombing on a man named Anthony Quinn Warner, who is vigorously being painted as someone who was “paranoid” of 5G. Today we were presented with his girlfriend, who is reportedly so “paranoid” that they had her “evaluated” at a mental hospital.

MSM Message: If you question the safety of 5G or other technologies you’ll be considered mentally ill. Check!

Are you all getting tired of this stuff? I sure am.

Prior to Christmas I’d found it fascinating that even amidst the fear and chaos of the year, the stores were filled with shoppers in mask-clad faces, courageously risking their health to bring joy and hope to those they love (or felt obligated to). On the day after Christmas (and the explosion in Nashville,) I witnessed more of the same, as people took it all in stride and went about their holiday returns en mass.

The human spirit! We just go on, don’t we? In spite of the collapse of society as we know it, in spite of lost freedoms, (perceived) pandemics, doomsday predictions and the exposure of unthinkable corruption on the part of our “leaders,” mankind insists that THERE IS HOPE!

Maybe the vaccine will save us! Maybe once we’re all vaccinated we can return to “normal”!

Don’t hold your breath, friends. From all indications it looks like things are only going to get worse.

Should we fight? Should we stand for our freedom? I get messages every day from my patriot friends telling me so. Having come from activism several years ago, I used to be right there with them. But you know what that approach is missing?

Peace I leave with you; my peace I give to you. Not as the world gives do I give to you. Let not your hearts be troubled, neither let them be afraid. (John 14:27)

But I say to you, Love your enemies and pray for those who persecute you, (Matt 5:44)

Dear gun toting patriot friends: With all love and respect, I simply fail to see how you can love your enemies by shooting them.

OK, peace, passivism and all that, but shouldn’t we do something?

It’s a tough question. The only answer I know is to draw near to God and to face each situation as His Holy Spirit leads us – our eyes forever on our Savior who is Love and on His gospel of hope. Because vaccine or no vaccine, Trump or Biden, freedom or tyranny, the reality is that from the day were born into this world, we were destined to die. And the fear of physical death is what satan controls mankind with.

What did Jesus tell us?

And fear not them which kill the body, but are not able to kill the soul: but rather fear him which is able to destroy both soul and body in hell. (Matt 10:28)

That’s a hard commandment. What did Paul say?

Believers no longer need to fear death because it was defeated at the cross. We were once spiritually dead, finding life in the only thing we had; the flesh. But those of us who are in Christ were made alive spiritually.

As for you, you were dead in your transgressions and sins, in which you used to live when you followed the ways of this world and of the ruler of the kingdom of the air, the spirit who is now at work in those who are disobedient. All of us also lived among them at one time, gratifying the cravings of our flesh and following its desires and thoughts. Like the rest, we were by nature deserving of wrath. But because of his great love for us, God, who is rich in mercy, made us alive with Christ even when we were dead in transgressions—it is by grace you have been saved. And God raised us up with Christ and seated us with him in the heavenly realms in Christ Jesus, (Eph 2:1-7)

Jesus answered, “Truly, truly, I say to you, unless one is born of water and the Spirit, he cannot enter the kingdom of God.” ((John 3:5)

Through that new birth, we not only “get” the leading of God’s Holy Spirit and a new hope for the future, we actually become something new – NOW! For the believer, life is literally no longer found in the flesh! Does that sound radical? It shouldn’t because it’s scriptural!

For he himself is our peace, who has made the two groups one and has destroyed the barrier, the dividing wall of hostility, by setting aside in his flesh the law with its commands and regulations. His purpose was to create in himself one NEW HUMANITY out of the two, thus making peace, and in one body to reconcile both of them to God through the cross, by which he put to death their hostility. (Eph 2:14-16)

That victory will be complete when God transforms our mortal bodies to imperishable spiritual ones.

When the perishable has been clothed with the imperishable and the mortal with immortality, then the saying that is written will come to pass:

Death has been swallowed up in victory. [Halleluiah!]

Where, O Death, is your victory?

Where, O Death, is your sting?

This is the supernatural hope of the Christian. Have we forgotten it? I hope you’ll take a minute away from all the fear and gathering of intel on the enemy and let God establish it anew in your mind and heart today! This profound truth is how early Christians GLADLY went to their deaths with SMILES on their faces! It is the truth that enabled so many countless Christians to face unspeakable persecution and martyrdom! What a CONTRAST to what we’re seeing in so much of Christian “truth” movement and most of Western Christiandom!

When we put our faith in the world’s leaders, in media, science & the “experts;” when we resort to physical means to fight spiritual evil, we are placing our hope once again in the FLESH, and subjecting ourselves once again to the god of this world; placing ourselves under his control.

For everyone who has been born of God overcomes the world. And this is the victory that has overcome the world—OUR FAITH. (1 John 5:4)

Tragically, through organized religion, western affluence, media, and mixing biblical truth with theoretical science – (aka science falsely so called – 1 Tim 6:20 – aka gnosticism,) much of the western church has allowed its attention to be shifted from our supernatural hope back to a futile, fleshly one. What does scripture say to that?

For if you live according to the flesh you will die, but if by the Spirit you put to death the deeds of the body, you will live. (Rom 8:13)

I have been crucified with Christ. It is no longer I who live, but Christ who lives in me. And the life I now live in the flesh I live by faith in the Son of God, who loved me and gave himself for me. – Gal 2:20

God bless the human spirit that refuses to let go of hope. But brothers and sisters, we are not going to stop this thing. Persecution is coming to those who don’t follow the apostate ecumenical religion. Let’s make sure our hope is placed on Christ and His eternal kingdom, and not on the one that is passing away. 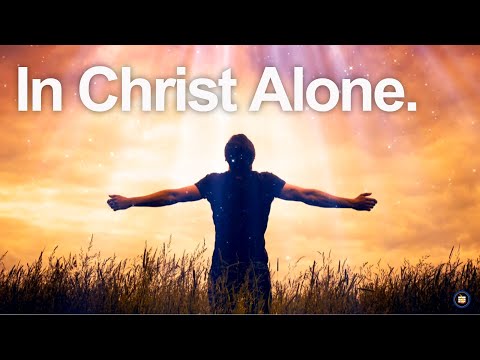