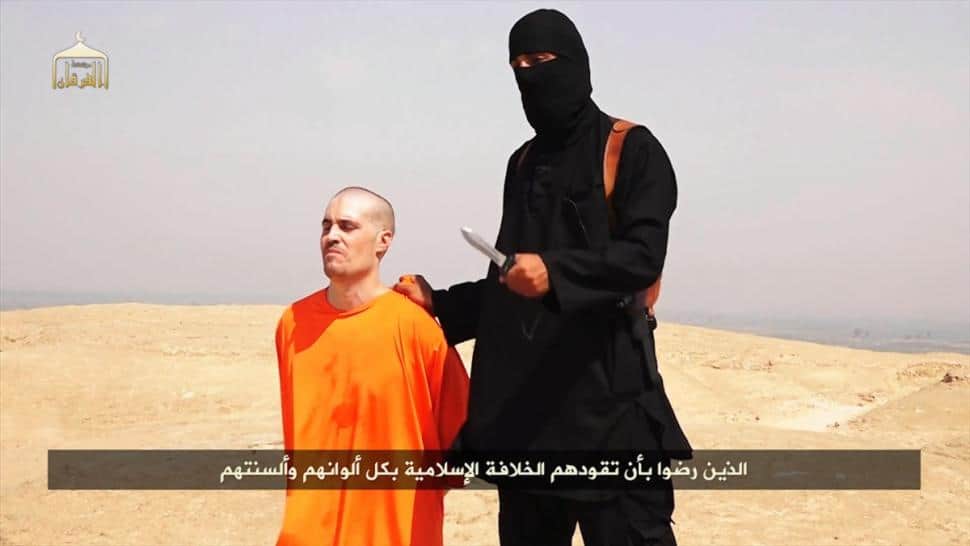 More than a year ago, James Foley, an American photojournalist was reported missing in Syria. Numerous reports claimed he had been kidnapped by unidentified gunmen. A new video has surfaced that appears to show Foley being beheaded alive by ISIS.
In the ISIS produced video, which is titled “A Message to America,” a man identified as Foley is seen on his knees, dressed all in orange, in the desert. He has a small black microphone clipped to his collar.
Standing over him is man dressed all in black, including a black turban that covers everything but his eyes.
The Islamic State opens with video of President Obama announcing military action against ISIS in Iraq. ISIS then accuses the president of being on a “slippery slope against Muslims.”
“Any attempt by you, Obama, to deny Muslims liberty & safety under the Islamic caliphate,” The black-clad terrorist warns, “Will result in the bloodshed of your people.”
Obviously under duress, Foley than calls on his “friends, family members and loved ones to rise up against my real killers, the U.S. government.” Foly is forced to blame the U.S. government and the airstrikes for his execution. That is what “hammered the final nail into my coffin,” he says.
After Foley is brutally beheaded alive, ISIS brings out another man the group claims is American journalist Steven Sotloff. If Obama doesn’t listen to their demands, ISIS promises to murder him next.
The video, which is extremely disturbing and graphic, can be viewed here.
Follow  John Nolte on Twitter @NolteNC