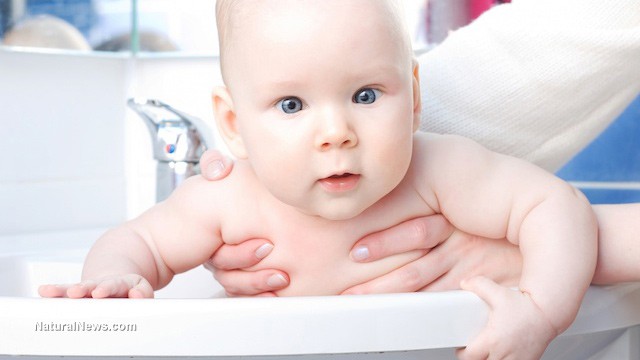 (NaturalNews) Following the shocking revelations contained in undercover videosshowing Planned Parenthood (PP) officials negotiating prices for the profitable sale of body parts from aborted babies, the organization has since hired a crisis management public relations firm to help manage the boatload of negative publicity generated from the videos’ release.

What this PR campaign has consisted of, primarily, is an all-out effort by PP to essentially have the story buried; that is, to ensure that coverage is either limited or eliminated altogether in the left-leaning legacy media.

To some extent, PP’s hiring of crisis management firm SKDKnickerbocker is a bit of an overreaction, given the mainstream media’s reluctance to give the story “legs” – that is, to advance the story for days and weeks on end, as a matter of public interest, like when the MSM over-reports mass shootings to push for gun control, or focuses on the rare police shootings of unarmed citizens, particularly minorities, to advance a narrative that such shootings are “racist” and “common.”

Indeed, some mainstream media outlets are even giving voice to Planned Parenthood, to mount its own defense of what is really indefensible. In the July 30 online edition of The Washington Post, editors lent the Opinion section to Cecile Richards, PP’s president, to outrageously claim that the undercover investigation which led to the production of the videos was just another “attack on women.”

How about an “attack on humanity”?

“Since our very beginning, our health centers, providers and patients have come under outrageous attacks, political and otherwise,” she wrote. “These attacks are not about us. They are about the ability of women across the country to access health care. Period.”

Richards’ organization is also getting some help from the courts. The afternoon before Richards’ editorial was published, the Superior Court of Los Angeles unconstitutionally censored the organization behind the PP investigation and videos, the Center for Medical Progress. Bending to the will of StemExpress, a company that receives fetal tissue samples from PP, because some StemExpress officials are also caught on the center’s video, the Superior Court has essentially denied the public’s right to know all there is to know regarding this horrific body-part trafficking, which U.S. citizens are forced to subsidize through taxation.

Then there is the assistance that Planned Parenthood is receiving from the Obama White House. In the days following the release of the first two videos (three have been released as of this writing), the Justice Department announced that it would conduct an investigation – into the Center for Medical Progress, not the “alleged” sale of baby body parts, a federal felony, by PP.

In response to all of this protection, some Republicans in Congress are pushing for two things:

— one, to deny any future funding to Planned Parenthood; and

— two, for the Justice Department to investigate the doer of the deeds – Planned Parenthood – not the messenger, which has done the nation a service by giving Americans a chance to reclaim our national soul.

Here at Natural News, we support both of these actions.

For Cecile Richards to argue that the Center for Medical Progress is just another “right-wing” “anti-abortion group” looking to “wage a war on women” is not only incorrect, it is farcical nonsense. The issue here is not to disbar PP from providing health services to women, which it undoubtedly does; the issue is to punish illegal behavior as much as it is to define what we want to be, and what we want to stand for, as a nation.

Abortion remains more divisive today than it was when the U.S. Supreme Court magically found it to be a “constitutional right” in the 1973 Roe v. Wade decision, a ruling that even Norma McCorvey, a.k.a. “Jane Roe,” has sought to have overturned.

But the purveyors of death for the most innocent and unprotected – and unrepresented – in our society, our unborn children, want their pound of flesh, and at the best price possible.

There is no way to justify this as moral, let alone legal. Any serious criminal investigation of what some Planned Parenthood officials are doing would bear that out, and it should happen.