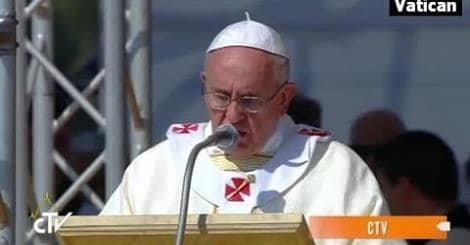 Pope Francis described as “dangerous” the temptation to believe that one can have “a personal, direct, immediate relationship with Jesus Christ without communion with and the mediation of the church.

At his weekly general audience Wdnesday, Pope Francis continued his series of audience talks about the CHURCH, telling an estimated 33,000 people that there is no such thing as “do-it-yourself” Christians or “free agents” when it comes to faith.

(Cued to the part about relationship with Jesus being “Dangerous”.)