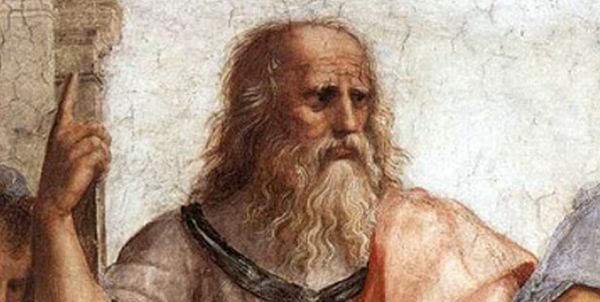 Plato is regarded as the greatest philosopher of Western civilization, but is he deserving of that reputation? When you consider he only achieved notoriety over the last two hundred and fifty years, and that, through the influence of the Illuminati press, who regard him as the founder of their doctrines. Throughout the centuries, occultists have regarded Plato as the great founder of their agenda. Jewish Kabbalists also regarded him as an exponent of their ideas. Essentially, while the Kabbalah was incepted in Babylon, it was Plato who first elaborated upon the Zionist principle of world domination, by formulating its vision for a totalitarian state, to be governed by the “Chosen People”, in this case, Kabbalists.

While the Kabbalah can be traced back to Babylon, it was not there that its initial doctrines were expounded in literary form. The earliest elaboration of Kabbalistic doctrines takes place in Greece, among the so-called philosophers, and particularly Pythagoras, and later Plato. Scholars have entirely failed to recognize the presence of Kabbalistic doctrines in Plato because of their ignorance of the cult of the Magi. It was Franz Cumont, who established that the Greeks came into contact with “Magi”, called Magusseans, who in turn, were influenced by Babylonian doctrines.

According to Aristobulus, a third century BC Jewish philosopher, Plato had access to translations of Jewish texts, and therefore, “it is evident that Plato imitated our legislation and that he had investigated thoroughly each of the elements in it… For he was very learned, as was Pythagoras, who transferred many of our doctrines and integrated them into his own beliefs.

But, it is in “The Republic” (Written by Plato 360 B.C.) that Plato articulates the need for a totalitarian state to be governed by philosopher-kings, who are to be instructed in this pseudo-science. When asked to provide details about this instruction, in last chapter of The Republic, Plato recounts what is called the Myth of Er. Er, the son of an Asian named Armenius, who died in a war but returned to life to act as a messenger from the other world. The Republic provided the basis for all future “one world government” projects, including the elimination of marriage and the family, compulsory education, the use of eugenics by the state, and the employment of deceptive propaganda methods. According to Plato, “all these women shall be wives in common to all the men, and not one of them shall live privately with any man; the children too should be held in common so that no parent shall know which is his own offspring, and no child shall know his parent.” This belief is associated with a need for eugenics, as “the best men must cohabit with the best women in as many cases as possible and the worst with the worst in the fewest, and that the offspring of the one must be reared and that of the other not, if the flock is to be as perfect as possible.” More pernicious still is his prescription for infanticide: “The offspring of the inferior, and any of those of the other sort who are born defective, they will properly dispose of in secret, so that no one will know what has become of them. That is the condition of preserving the purity of the guardians’ breed.”