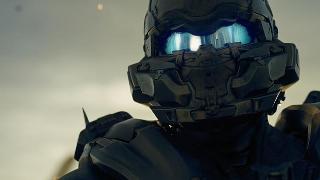 ROBOTS calling the shots in the skies, while technologically advanced supersoldiers patrol the ground — this is the future of warfare according to a new report predicting combat over the coming decades.

The report, Visualizing the Tactical Ground Battlefield in the Year 2050, was the result of a workshop held with leaders from the US Defence Department, Army Research Lab, Institute for Defense Analysis and a select number of academia.

In the world envisioned, armed drones will patrol the skies searching for enemy targets to eliminate.

The use of drones in the current military landscape dictates it is always a human that decides to pull the trigger, but the report suggests soldiers may only have limited control over the smart-robots of the future.

“The difference being that in the former, human decisions are a required step in a process and thus humans are exercising positive control,” the report stated.

“While in the latter, humans can only observe the behaviours that are taking place, but they can only act after the fact or in anticipation of expected behaviours.”

With the large part of the war being fought in the skies, there will be less need for humans on the ground.

However, the humans on the frontline will be far more technologically advanced than those in modern warfare.

These drones will hunt by themselves, humans will only act as umpire.
Source: News Corp Australia

Part of the changes will be providing the technological advancements to enable humans to partner robots.

“These super humans will feature exoskeletons, possess a variety of implants and have seamless access to sensing and cognitive enhancements,” the report said.

“They may also be the result of genetic engineering. The net result is that they will have enhanced physical capabilities, senses, and cognitive powers.

“The presence of super humans on the battlefield in the 2050 time frame is highly likely because the various components needed to enable this development already exist and are undergoing rapid evolution.”

While technology will give soldiers a lethal edge, it could also make them vulnerable to attacks from enemies.

The report envisions enemy forces attempting to monitor the biophysical signals and decision-making abilities of supersoldiers.

Although, it suggests they could do the same to the adversaries.

“In addition to having the information available to vastly improve individual cognitive modelling, such models offer the opportunity to disrupt adversary organisations and operations in a cost-effective manner,” the report stated.