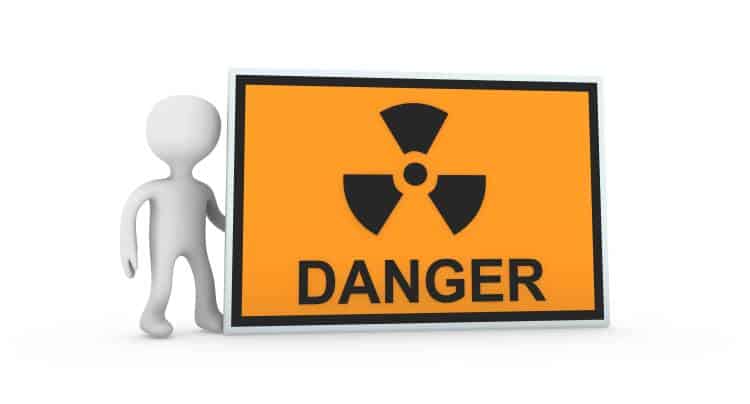 For scanners to measure how much radiation is currently in your home, please visit: http://emfhelpcenter.com/

Why are the new safe exposure limits recommended by scientific bodies in recent years often exceeded in modern homes?

Does the current legislation protect you?

The legal exposure limits to non-ionizing electromagnetic radiation today are is most alligned with the limits set by the International Commission for the Protection against Non-Ionizing Radiation Protection (ICNIRP), which:

The last point is particularly important because now most of the radiation we receive daily is due to the new type of wireless radiation from mobile phone masts, mobile phones, bases of wireless phones and wireless modems, which have digital waveforms with high intensity pulses.

In 2007, the Scientific Panel BioInitiative Working Group, which took into account more than 2000 studies on the effects of electromagnetic fields, concluded that:

“There is substantial scientific evidence that some modulated fields (pulsed or repeated signals) are bioactive, which increases the likelihood that they could have health impacts with chronic exposure even at very low exposure levels. Modulation signals may interfere with normal, non-linear biological processes. Modulation is a fundamental factor that should be taken into account in new public safety standards; at present it is not even a contributing factor.

To properly evaluate the biological and health impacts of exposure to modulated RF (carrier waves), it is also essential to study the impact of the modulating signal (lower frequency fields or ELF-modulated RF).

Current standards have ignored modulation as a factor in human health impacts, and thus are inadequate in the protection of the public in terms of chronic exposure to some forms of ELF-modulated RF signals. The current IEEE and ICNIRP standards are not sufficiently protective of public health with respect to chronic exposure to modulated fields (particularly new technologies that are pulse-modulated and heavily used in cellular telephony).”[2]

“The non-ionizing radiation protection standards recommended by international standards organizations, and supported by the World Health Organization, are inadequate. Existing guidelines are based on results from acute exposure studies and only thermal effects are considered. A world wide application of the Precautionary Principle is required. In addition, new standards should be developed to take various physiological conditions into consideration, e.g., pregnancy, newborns, children, and elderly people. “  – The Venice Resolution Initiated by the International Commission for Electromagnetic Safety [3]

The average population exposure indoors according to European surveys are below 100 microwatts / m2 (European Health Risk Assessment Network on Electromagnetic Fields Exposure, Report on the level of exposure in the European Union).

It should be noted that the recommended exposure limits tend to decrease, due to the accumulation of new research data, while the average exposure of the population tends to increase mainly due to the expansion of the cell phone grid and the higher use of wireless devices.

For example, the scientific group BioInitiative Working Group, which in our opinion is the most prestigious, now suggest a safety limit of 3-6 microwatts / m2 while in 2007 they proposed 100-1000 microwatts / m2.

Our view is that any exposure values> 300 microwatts / m2 is quite high.

What are high-frequency electromagnetic fields


The 24-hour average exposure of the population is 70nT in Europe and 110nT in the US (World Health Organization, Electromagnetic fields and public health, Exposure to extremely low frequency fields).

Our view is that any values> 300 nT is quite high.

A realistic approach to those who want to limit their exposure to elevated (according to the proposed limits) magnetic field values is to avoid areas with values> 200 nT during the day and places with values> 100 nT during nighttime sleep.

What are the low-frequency magnetic fields

What are electric fields at low frequencies

“The key point about electromagnetic pollution that the public has to realize is that it is not necessary that the intensity be large for a biological interaction to occur. There is now considerable evidence that extremely weak signals can have physiological consequences. These interactive intensities are about 1000 times smaller than the threshold values formerly estimated by otherwise knowledgeable theoreticians, who, in their vainglorious approach to science, rejected all evidence to the contrary as inconsistent with their magnificent calculations. These faulty estimated thresholds are yet to be corrected by both regulators and the media.” – Abraham Liboff, researcher, Center of Molecular Biology and Biotechnology, University of Florida Atlantic[4]