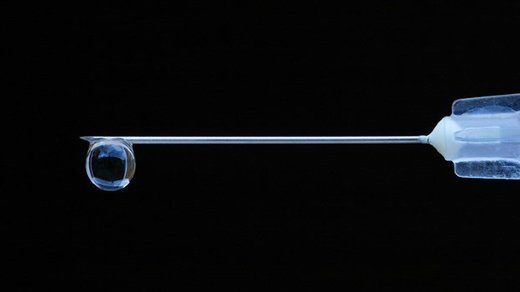 “Diet, injections, and injunctions will combine, from a very early age, to produce the sort of character and the sort of beliefs that the authorities consider desirable, and any serious criticism of the powers that be will become psychologically impossible.”

by Dr. Brownstein | March Against Monsanto

Folks, I have written about the problems with vaccines in previous blog posts.

Now, a new serious contamination problem with our vaccines has been identified.

Yes, you read that correctly: Our vaccines are contaminated with an herbicide that the World Health Organization characterized as“probably carcinogenic to humans.”

How can this happen? That answer is easy.

Samsel sent a letter to Congress that stated:

“I have run numerous groups of vaccines and identified several vectors of contamination. These include the excipient gelatins, egg protein and or similar substrates used to grow vaccines. I have found gelatins and egg proteins contaminated with Glyphosate-based herbicides from animals fed a glyphosate contaminated diet. This contamination carries into thousands of consumer products i.e. vitamins, protein powders, wine, beer and other consumables which use gelatins as part of the product or in fining and processing.”

What did Samsel hear back?

In other words, our do-nothing Congress, so far, has failed to respond. In his letter to Congress, Samsel also stated that Glyphosate is a synthetic amino acid. It bioaccumulates and is found in all tissue types, particularly the bone and marrow of animals fed a diet contaminated with Glyphosate residues.

You can see Dr. Samsel talk about his research by clicking here.

The following vaccines were found to be contaminated with the herbicide glyphosate:

Multiple vaccines from different manufactures were found to be contaminated. Folks, this is a big deal. Injecting a vaccine contaminated with a known herbicide that is “probably carcinogenic to humans” should be prohibited. We need a Congressional investigation into our vaccines.

We keep hearing the mantra that vaccines are safe. Injecting a vaccine containing an herbicide is safe? Give me a break!

It is time to call your Congressmen and women and tell them to investigate this matter.

Guess what? It is not safe to inject an herbicide that is a probable human carcinogen.