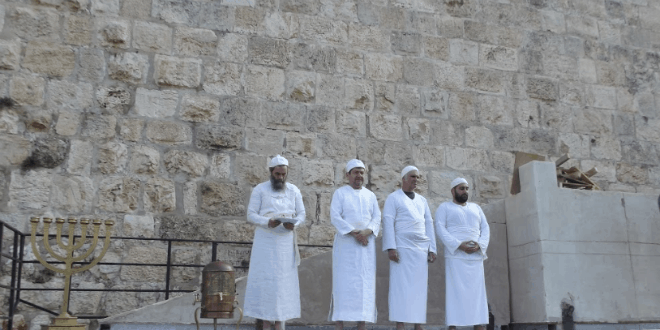 The Third Temple Altar Dedication in Jerusalem took place on Dec 10, 2018. Warning: This video is hard to watch: 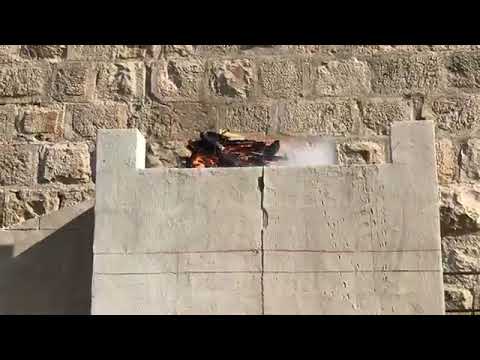 In early November, the emergent reorganization of the Sanhedrin issued an invitation to 70 different nations, inviting representatives of each to attend the consecration of the replica of the altar upon which daily sacrifices were made on behalf of the Jewish people.

The occasion marked some of the first widely-public evidence that the Temple project is well underway.

Although not a component of the state of Israel, the Sanhedrin was, in effect, the high court of the Jewish nation before the diaspora and for about 200 years afterward. It consists of 70 “judges” and the high priest. The last binding decision of the Sanhedrin was issued in 358 A.D. with their adoption of the Hebrew calendar. For all practical purposes, the group was dissolved following continued persecution by the Roman Empire.

The consecration included a full-dress reenactment of the daily offering by the Kohanim, descendants of Aaron – the only persons permitted by God to do so (by Old Testament Law).

As can be seen in the video, the turnout was somewhat anti-climactic. Only the country of Guatamala was officially represented at the event.

Guatemalan Ambassador Mario Adolfo Bucaro Flores  joined as the guest of honor. During his speech, he said,

“This is a truly historic moment. My government is pleased to be partners with the Sanhedrin and with Israel in bringing [the] Messiah.”

Immediately following the ambassador’s address, Breaking Israel News reporter Adam Eliyahu Berkowitz witnessed one of the rabbis from the Sanhedrin approach Flores, congratulating him on his “very powerful” address and asking him about his connection with the Jewish people. Flores responded,

“Yes, the Guatemalan people have a very deep connection with the Jewish people.”

“But it seemed to come from a very deep personal place – do you have any personal connection with the Jewish people?”

“Flores replied, ‘no, no, I’m a Christian – but my Grandmother was Jewish.’”

The ties between the Sanhedrin and Guatamala are something that warrants some looking into.

Flores’ statement reflects the confusion that has been sown in the church. The sacrifice reenactment is an abomination in the eyes of God and will NOT bring in the Messiah but a deception. Jesus Christ alone is the Sacrificial Lamb of God who took upon himself the sins of the world. When He died, the temple veil was torn in two, declaring the New Covenant in His Blood.