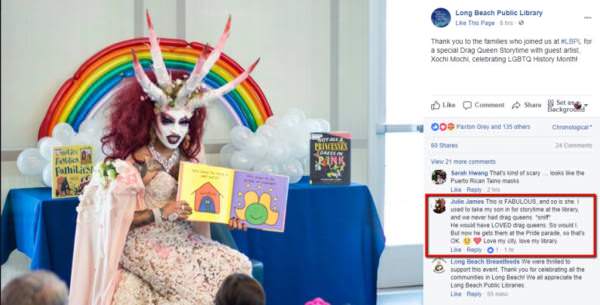 Here’s one for the “beyond creepy” file (pray for our children!)

The shocking photo of a man dressed as a female demon with giant horns on his head reading to little children at a public library was posted to Twitter and Facebook by the Long Beach Library but taken down after a huge outpouring of critical replies, including from GOP Congressional candidate Omar Navarro. It also got the approval of the Church of Satan.

From this promotional graphic posted by the City of Long Beach one can see the targeted audience was very young children.

Xochi Mochi, the drag queen who dressed as a demon, posted the same photo to his Instagram account and commented on Twitter about the event. His Twitter bio reads, “Attention Earthlings: This is Xochi Mochi your resident killer Klown from outer space. I dress up in drags and love tacos.”

I got to read to the children today and it was one of the best experiences I’ve been given as a… https://www.instagram.com/p/BaPjGQyH6Q0/

You should’ve been there! The excitement in the children’s eyes were everything 😘

The description of the event from the Long Beach Public Library calendar of events.

Join us for a celebration of LGBTQ History Month! All ages welcome! Celebration will include: Drag Queen Story Hour featuring Xochi Mochi at 12pm, a community art hour at 1pm and an LGBTQ History Timeline Workshop starting at 2pm. Brought to you by a collaboration between the Long Beach Public Library, The LGBTQ Center of Long Beach, the GSA Network and The Imperial Court of Long Beach.

The Church of Satan gave their approval via their blue check mark Twitter account with a “Hail Satan!”

The Church Of Satan 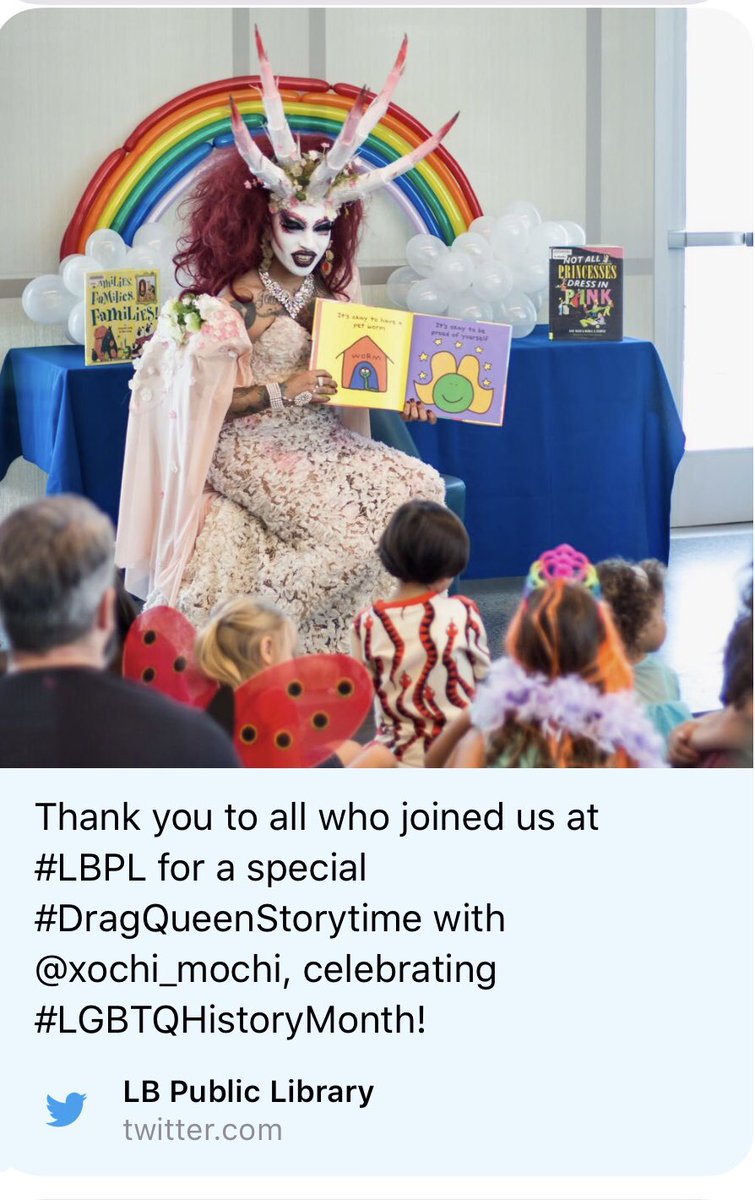