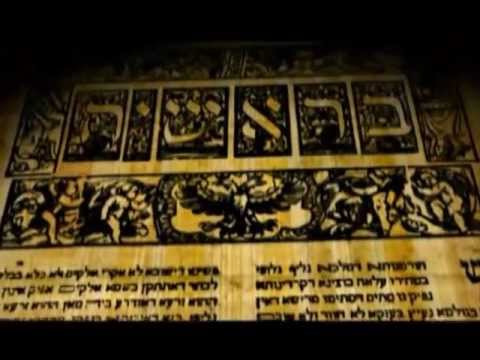 Following the division of Israel and the Assyrian captivity of the northern tribes, the southern kingdom of Judah adopted the pagan traditions of the heathen nation of ancient Babylon. These traditions, with their associated rituals which included human sacrifice, provoked God to judge the southern kingdom, which judgment the prophet Jeremiah forewarned the Jews for a period of forty years, to no avail.

The Babylonians destroyed Jerusalem in three stages, from 605 to 586 B.C., in which year the Temple of Solomon was demolished and the remaining Jews were carried into captivity. During the Babylonian captivity, the prophet Ezekiel continued to reprove Judah for its apostasy from the God of Israel and their love affair with Babylon. Note, in the following passage, the Jews’ admiration for the images of rich, brightly attired Babylonian princes, which evoke visual images of the elegant processions of the princes of the Roman Catholic Church attired in their rich and colorful vestments:

“…[Jerusalem] increased her whoredoms: for when she saw men pourtrayed upon the wall, the images of the Chaldeans pourtrayed with vermilion, Girded with girdles upon their loins, exceeding in dyed attire upon their heads, all of them princes to look to, after the manner of the Babylonians of Chaldea, the land of their nativity: And as soon as she saw them with her eyes, she doted upon them, and sent messengers unto them into Chaldea. And the Babylonians came to her into the bed of love, and they defiled her with their whoredom, and she was polluted with them, and her mind was alienated from them. So she discovered her whoredoms, and discovered her nakedness: then my mind was alienated from her…” (Ezek.23:14-18)

Moreover, as Matthew Henry noted in his commentary on this passage, the kingdom of Judah patterned its own worship after the pomp and pageantry of the Babylonians with whom they had become enamored:

“Thus she increased her whoredoms; she fell in love, fell in league, with the Chaldeans. Hezekiah himself was faulty this way when he was proud of the court which the king of Babylon made to him and complimented his ambassadors with the sight of all his treasures, Isa. 39:2. And the humour increased (v. 14); she doted upon the pictures of the Babylonian captains (v. 15, 16), joined in alliance with that kingdom, invited them to come and settle in Jerusalem, that they might refine the genius of the Jewish nation and make it more polite; nay, they sent for patterns of their images, altars, and temples, and made use of them in their worship. Thus was she polluted with her whoredoms (v. 17), and thereby she discovered her own whoredom (v. 18), her own strong inclination to idolatry.”

According to two authoritative sources, H.P. Blavatsky and the Jewish Encyclopedia, the Jews also acquired from the Chaldeans their doctrines of Eastern mysticism. These were later developed into a written compendium of esoteric literature known as the Jewish Qabbalah or Kabalah, and in the Middle Ages as the Latin Cabala.

“Kabalah (Heb.) The hidden wisdom of the Hebrew Rabbis of the middle ages derived from the older secret doctrines concerning divine things and cosmogony, which were combined into a theology after the time of the captivity of the Jews in Babylon. All the works that fall under the esoteric category are termed Kabalistic.” (Blavatsky, Theosophical Glossary, p. 168)