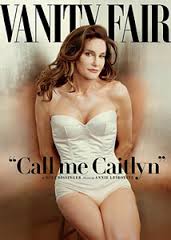 “A SATANIC CULT RULES THE WORLD. IT CONSISTS NOT OF JEWS, MUSLIMS OR CHRISTIANS, BUT OF SATANISTS PRETENDING TO BE JEWS, MUSLIMS, AND CHRISTIANS.” – Henry Makow

*Greg: “My niece is a student at the University of Oregon where I’m told there is a growing movement to eliminate gender references altogether.  For example, if you do not want to be considered a male or female, the University will acknowledge this on official records. It’s crazy.”

With attacks on our gender identity increasing daily, this key article from 2008 appears especially prescient. It  predicted that children will be told “to reach their own conclusions about which sexual orientation and gender ‘possibilities’ are ‘right for them’.”

In the Protocols, the Cabalist Jew vowed to destroy “every collective force except our own.” They have taken down nation, religion and race. By destroying gender, they destroy family.

The Jewish Cabala is “a powerful system for gaining control over people by harnessing and perverting sexual energies.”

We are mental captives of the Cabalist Freemason. We have been converted. Our laws and thoughts are dictated by his government, media and education system.  Incredible as it seems, our society can be understood in terms of a satanic sex cult (i.e. Freemasonry, Communism i.e. Cabalism)   that “corrupts (i.e. perverts) in order to control.”

In the Protocols, the Cabalist Jew vowed to destroy “every collective force except our own.” They have taken down nation, religion and race. By destroying gender, they destroy family.
The Jewish Cabala is “a powerful system for gaining control over people by harnessing and perverting sexual energies.”

We are mental captives of the Cabalist Freemason. We have been converted. Our laws and thoughts are dictated by his government, media and education system.  Incredible as it seems, our society can be understood in terms of a satanic sex cult (i.e. Freemasonry, Communism i.e. Cabalism)   that “corrupts (i.e. perverts) in order to control.”

God’s Creative Force enters humanity through a man’s love for his wife and desire to raise his family in a secure and wholesome environment. It is reciprocated by a woman receiving her husband’s seed (which symbolizes his spirit) and nurturing it. 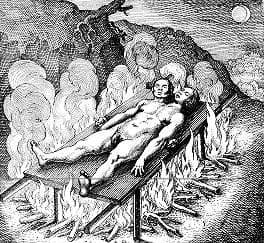 Thus, the Cabalist central bankers are keen to neutralize the male-female (active-passive)  dynamo  by making women usurp the male role. The bankers usurp the initiating male or “God” role for themselves.

According to the book, “Light bearers of Darkness” the Jewish Cabala is a powerful system for gaining control over people by harnessing and perverting sexual energies. (20)

In Studies in Occultism, (quoted in “Lightbearers of Darkness“)  Henri de Guilbert says the Cabalist Jew “looks upon himself as the sun of humanity, the male, opposed to which other peoples are but the female, manifesting and assuring the coming of the Messianic era. In order to realize this sociological manifestation, the Jew organically extends his influence by means of secret societies, created by him in order to spread everywhere his initiating force…(hoping to realize ) the universal republic controlled by the god of humanity, the Jew of the Cabala.” (p.21)

Thus everywhere, the cabalist bankers have used education and media to neuter the populations of the West and undermine the institution of marriage and family.

“We have castrated society through fear and intimidation,” Harold Rosenthal boasted in 1976. “Its manhood exists only in combination with a feminine outward appearance. Being so neutered, the populace has become docile and easily ruled. As all geldings…their thoughts are not involved with the concerns of the future and their posterity, but only with the present and with the next meal.” (“The Protocols of Zion Updated” )

In a recent article, “Man-Child in the Promised Land”,  researcher Kay Hymowitz  says American males have extended their adolescence into middle age.

“What Kind of Man Reads Playboy?” The description best fits a homosexual. Meanwhile women have postponed marriage and usurped the male role as protector and provider.

“In 1960, 70% of American 25-year-old women were married with children; in 2000, only 25% of them were. In 1970, just 7.4% of all American 30-to 34-year-olds were unmarried; today, the number is 22%. That change took about a generation to unfold, but in Asia and Eastern Europe the transformation has been more abrupt. In today’s Hungary, 30% of women in their early thirties are single, compared with 6% of their mothers’ generation at the same age.” (Hymowitz, “The New Girl Power” )

Meanwhile an estimated one million US children were conceived using sperm donors, with 30,000 added every year. Many are born to lesbians who are determined to change the “hetero-normative” basis of society.

California is on the vanguard of the cabalist banker plan to replace heterosexual norms with homosexual ones.

A new law requires schools “to positively portray sex changes, cross-dressing, homosexual marriages, and all aspects of bisexuality and homosexuality. This mandate affects children from kindergarten through 12th grade in California public schools. 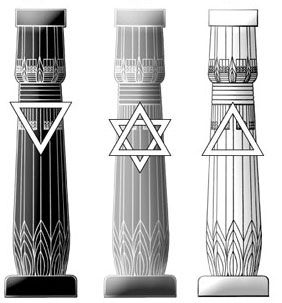 Bruce Shortt, author of “The Harsh Truth About Public Schools” notes, “No longer will children raised in these schools understand that God made us male and female. Children will be told that because there are many sexual orientations and gender identities, they simply have to reach their own conclusions about which sexual orientation and gender ‘possibilities’ are ‘right for them.’ Along with this will come the message that you really can’t tell whether you like something unless you have tried it. The likely consequences of this for children, the institution of the family, our churches, and our culture are horrendous.”

The Christian European majority is subjected to a relentless program of social engineering by the Cabalist bankers. Brainwashed (“guilted”) to think that only minorities have human rights, the majority is being undermined and transformed into “slaves who love their slavery.”

Who are these cabalists? For our purposes, they are the dynastic families who own the central banking cartel and dominate industry, culture and government, world wide. The names Rothschild, Warburg, Rockefeller and Schiff will suffice. 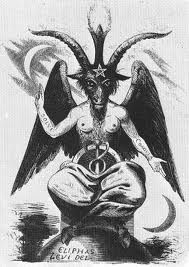 War, and modern history in general, is an occult inspired charade designed to destroy Christian civilization by undermining our relationship to God, family, nation and race. The real meaning of  the word “revolution” is to turn the world upside down, and place the banker in the role of God. (See “Rothschilds Control Red Symphony“ )

Every “revolution” since 1640 was dedicated to this goal. The bankers are behind all wars, and most “modern” social, political and philosophical movements, including Communism, Feminism, Diversity, Zionism, Nazism multiculturalism, post modernism, gay rights and sexual liberation.

“The History of Political Correctness”  shows that these movements were devised by intellectuals of “The Frankfurt School” to subvert Western civilization. Some of these “cultural Marxists”  literally were Soviet NKVD Agents. Almost all were Marxist Jews. The video shows how Americans were gulled to think revolution was trendy and to welcome the destruction of their society. These dupes now occupy all the positions of power in US culture.

Basically mankind is the victim of a “cruel hoax” of cosmic proportions. When you create money out of thin air, you can buy a lot of “change agents.”  Our elites actually think they are creating a better world. In fact, they are  building a world police state, the “New World Order” secretly dedicated to Satan. They are complicit in the cover-up of 9-11; and the “war on terror” is a ruse to deprive  us of our rights.

The “Jew of the Cabala” is the central banker, his allies and minions. The average Jew doesn’t know anything about this plan. However, he is wrong to assume that because he is unaware, it doesn’t exist. He is wrong to assume he won’t some day be blamed for it. All groups and religions have been subverted. Whether Communist or Zionist, many Jews have been duped and manipulated by organized Jewry.

“How They Control the World”

and “What Every Jew and Non-Jew Should Know”
—
First Comment from John:

This article is almost 7 years old and what is talked about here has come deeper into the fruition of human error as predicted.

I recently had a discussion with a young black woman who just graduated from high school. She said that in her freshmen year students were predominantly ” strait” and the gay and lesbian students, if there were any, stayed in the closet. But, by the time she graduated the school had been turned upside down. In just three years what was once the exception had now become the new fad. She said that same sex encounters were being performed in the locker rooms and that the strait students were afraid to come in, not knowing what they might walk in on.

Also, she said that nothing was done about it because the principal himself was gay as well as with some of the teachers. And thanks to the “bullying law” you cannot challenge or criticize them for this behavior.

The whole game plan here is to alienate and eliminate the Christian from the norm of society. She said that kids were being taught to believe what the Bible says about this issue is wrong and that sexual perversion is a good thing.

America’s days are numbered now and will have the fate of all past world empires that were infected with this disease who no longer recognized or protected the Law of God and his plan for humanity.