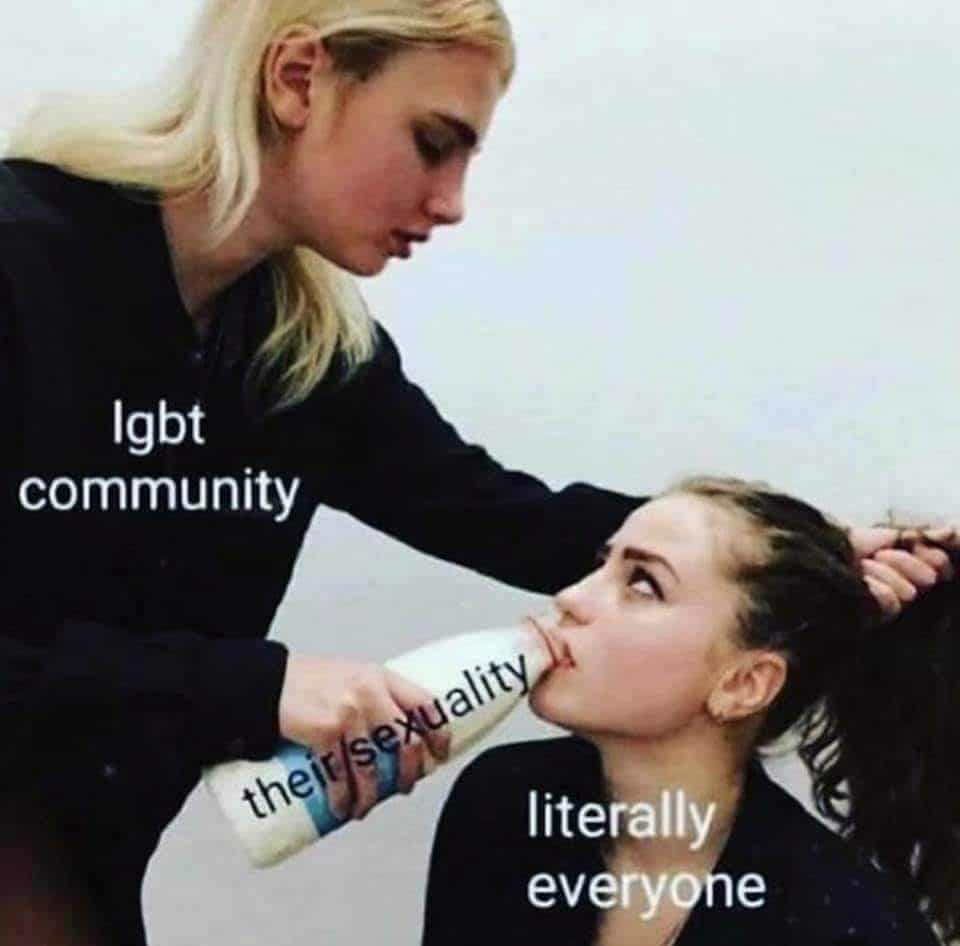 They celebrate their sin and flaunt what the Father calls an abomination.

They love the very things that Jesus died for.

They hate God and despise His Word.

They are loud and proud and they tell us to be silent.

But here’s what God’s Word says about pride,

When pride comes, then comes disgrace, but with the humble is wisdom. (Proverbs 11:2)

God resisteth the proud, but giveth grace unto the humble. (Jas 4:6)

But realize this, that in the last days difficult times will come. For men will be lovers of self, lovers of money, boastful, arrogant, revilers, disobedient to parents, ungrateful, unholy, unloving, irreconcilable, malicious gossips, without self-control, brutal, haters of good. (2 Tim 3:1-5)

Know this first of all, that in the last days mockers will come with their mocking, following after their own lusts, and saying, “Where is the promise of His coming? For ever since the fathers fell asleep, all continues just as it was from the beginning of creation.” (2 Peter 3:3-4)

Here’s a video of the Capital Pride Alliance LGBTQ Pride Parade in Washington DC that was held on June 8. This is what we are being told to respect.

This disgusting display reminds me of what may have greeted Moses as he came down from the mountain where God had given His people His 10 Commandments.

When the people saw that Moses delayed to come down from the mountain, the people gathered themselves together to Aaron and said to him, “Up, make us gods who shall go before us. As for this Moses, the man who brought us up out of the land of Egypt, we do not know what has become of him.” So Aaron said to them, “Take off the rings of gold that are in the ears of your wives, your sons, and your daughters, and bring them to me. And he received the gold from their hand and fashioned it with a graving tool and made a golden calf. And they said, “These are your gods, O Israel, who brought you up out of the land of Egypt! When Aaron saw this, he built an altar before it. And Aaron made a proclamation and said, “Tomorrow shall be a feast to the Lord. And they rose up early the next day and offered burnt offerings and brought peace offerings. And the people sat down to eat and drink and rose up to play.

God brought His judgment upon the ancient world through a great flood. He judged Sodom and Gomorrah with fire from heaven and He will Judge the world one final time.

And I saw heaven opened, and behold, a white horse, and He who sat on it is called Faithful and True, and in righteousness He judges and wages war. (Rev 19:11)

And I saw the dead, great and small, standing before the throne, and books were opened. Then another book was opened, which is the book of life. And the dead were judged by what was written in the books, according to what they had done. (Rev 20:12)

Of the days directly preceding His return, Jesus said,

Because lawlessness is increased, most people’s love will grow cold. (Matthew 24:12)

Father, we pray that you help Your people to shine Your LIGHT to reach the lost in these dark days.

Immediately after the tribulation of those days the sun will be darkened, and the moon will not give its light, and the stars will fall from heaven, and the powers of the heavens will be shaken. Then will appear in heaven the sign of the Son of Man, and then all the tribes of the earth will mourn, and they will see the Son of Man coming on the clouds of heaven with power and great glory. And he will send out his angels with a loud trumpet call, and they will gather his elect from  the four winds, from one end of heaven to the other.

But concerning that day and hour no one knows, not even the angels of heaven, nor the Son, but the Father only. For as were the days of Noah, so will be the coming of the Son of Man. For as in those days before the flood they were eating and drinking, marrying and giving in marriage, until the day when Noah entered the ark, and they were unaware until the flood came and swept them all away, so will be the coming of the Son of Man. Then two men will be in the field; one will be taken and one left. Two women will be grinding oat the mill; one will be taken and one left. Therefore, stay awake, for you do not know on what day your Lord is coming. But know this, that if the master of the house had known in what part of the night the thief was coming, he would have stayed awake and would not have let his house be broken into. Therefore you also must be ready, for the Son of Man is coming at an hour you do not expect.

Who then is the faithful and wise servant, whom his master has set over his household, to give them their food at the proper time? Blessed is that servant whom his master will find so doing when he comes.  (Matt 24: 29-46)

Even so, come soon Lord Jesus!