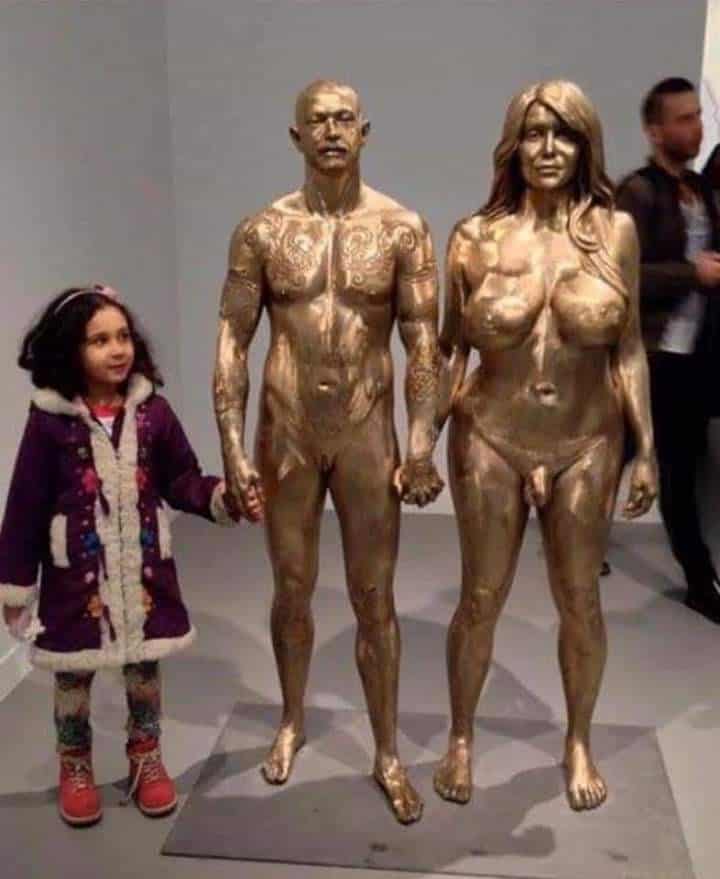 The unbelieving world is simply unable to make the obvious connections between the transgender movement and satanism. I’ve said it before and I’ll keep saying it: The devil has been loosed and we are being brought back to the darkness and deception the world was under before the LIGHT came into the world. Here is yet more evidence of that.

Warning: demented perverted art. There is my disclaimer. 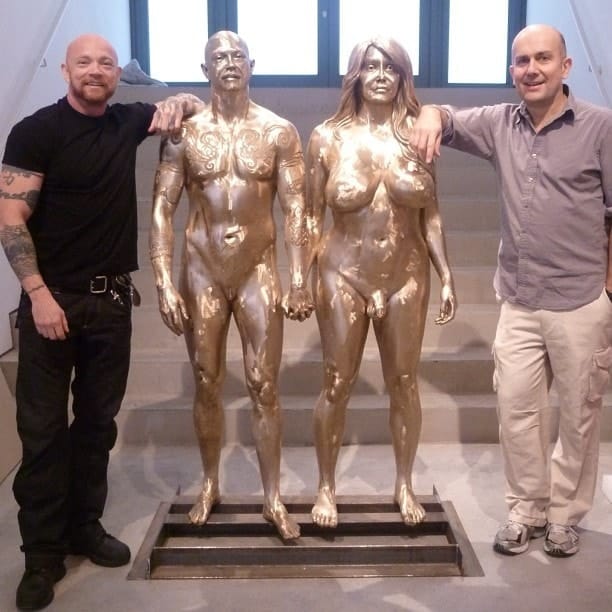 This “art” was created by Marc Quinn in 2013. Wickedness and iniquity started in the garden, and not with the transgender Adam and Eve like Quinn wants us to believe. I’ll post more on this Quinn reprobate and what he’s doing now, but first read a great comment from this lady Shana Joseph.

“The attack on the young people is severe. I know this picture of these statues at an art exhibit is a bit much and I apologize, but look at how bad Satan is trying to destroy the minds of our children. I believe there will be transgender barbies and toys for sale soon. Gay dolls and lesbian dolls will soon be available for children to play with. Some are already out, but I know more is coming. I believe they will come out with an LGBTQ doll set soon. They will put it in day cares and schools for the children to play with at an early age. Believe me, it’s coming. We need to pray and stand up against the homosexual agenda being forced onto the children and forced onto the believers. Fight back in prayer, fight back by preaching the gospel and winning more souls to Jesus. Fight back by teaching your children the true Word of God. Plead the blood of Jesus against this wickedness. These statues were created by an artist named Marc Quinn, who calls it the modern day Adam and Eve for the 21st century. He says the statues are transsexuals.”

His recent gold statue of Kate Moss. Does this pose remind you of a serial killer and the artwork of one of the Podesta bros? 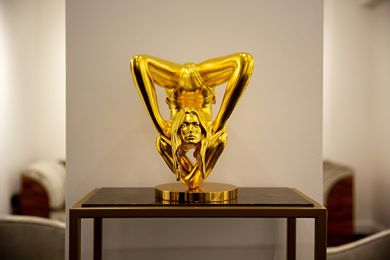 Hidden in the Crag | Murder and Cainabels | By Craig Patin

Disclaimer: some of these photos are graphic! (Proceed prayerfully) 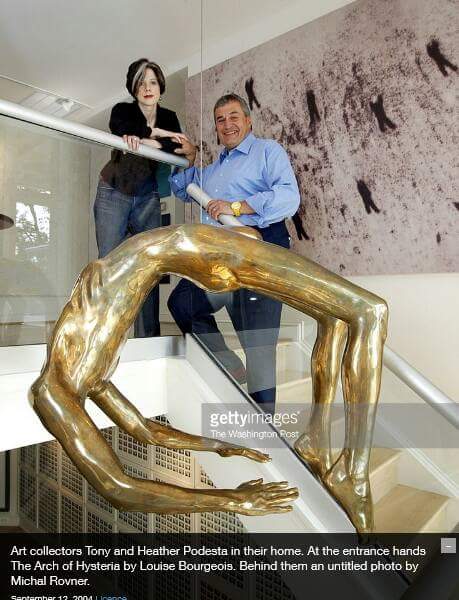 I haven’t followed this pizza gate but I do know this much, its completely demonic to the core. There are so many avenues to go in this story that its sickening (Miley, Katy, MK Ultra,ect.). I do want to briefly bring up something I saw that was in Tony Podesta’s (John Podesta’s brother) house. It was a statue called the Arch of Hysteria. Here is the Washington Post article from 2004. Almost 13 years ago. (http://www.washingtonpost.com/wp-dyn/articles/A43480-2004Sep22_3.html) You will see the pictures of it below. 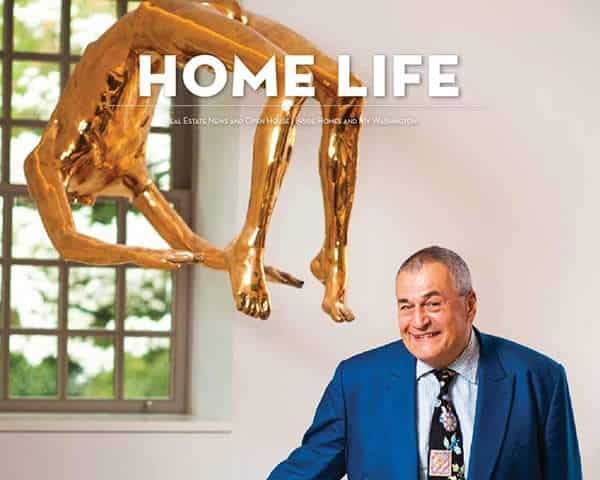 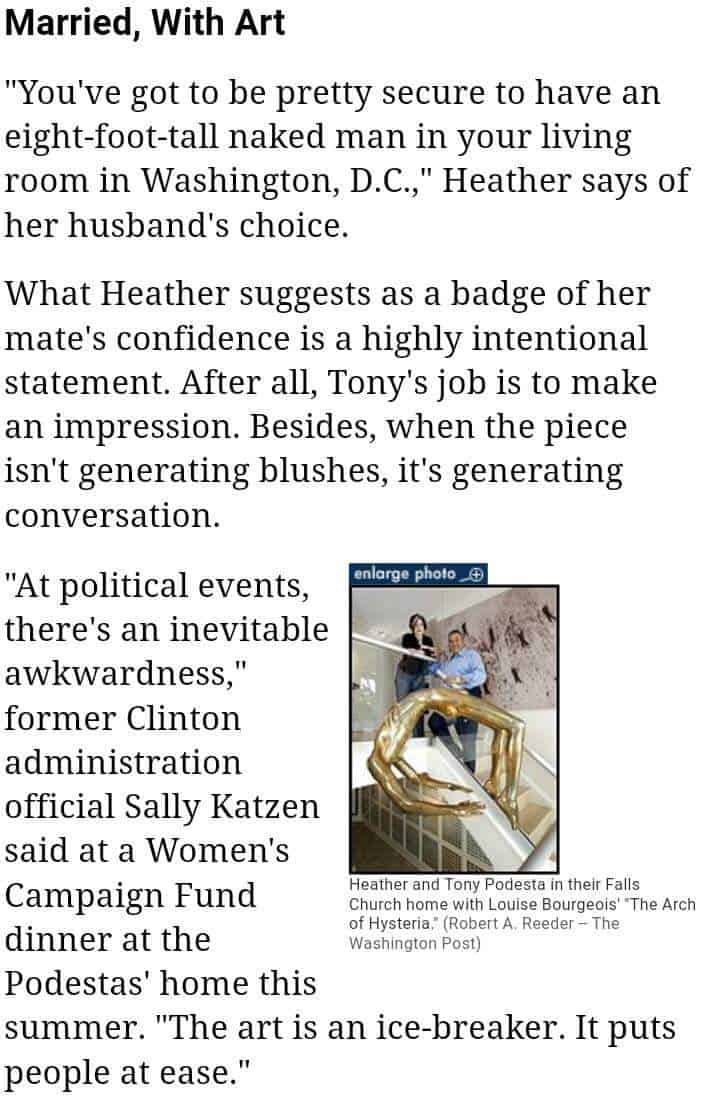 This sculpture resembles the way Jeffery Dahmer posed one of his decapitated victims and a painting by Charles Bell. “The arch of hysteria was diagnostically indistinguishable in the eighteenth and nineteenth centuries from that of tetanus. Whether or not a pain was taken seriously by the medical profession might come down to whether that pain was ascribed to an emotional imbalance or a physical disease. Charles Bell, in his famous treatise on the anatomy and philosophy of emotional expression in the fine arts, placed his illustration of tetanus in a section on the pain of demoniacs (he originally painted the tetanus arch in 1809, but the engraving here is from his 1824 work). He marks the similarities of Domenichino’s (1608-10) representation of ‘a lad possessed’ – seized by convulsions, ‘rigidly bent back; the lower limbs spasmodically extended, so that his toes only rest on the ground’ – with that of ‘true Opisthotonos’ (i.e. arising from tetanus).” (https://www.google.com/amp/s/remedianetwork.net/2014/06/23/the-arch-of-hysteria/amp/) 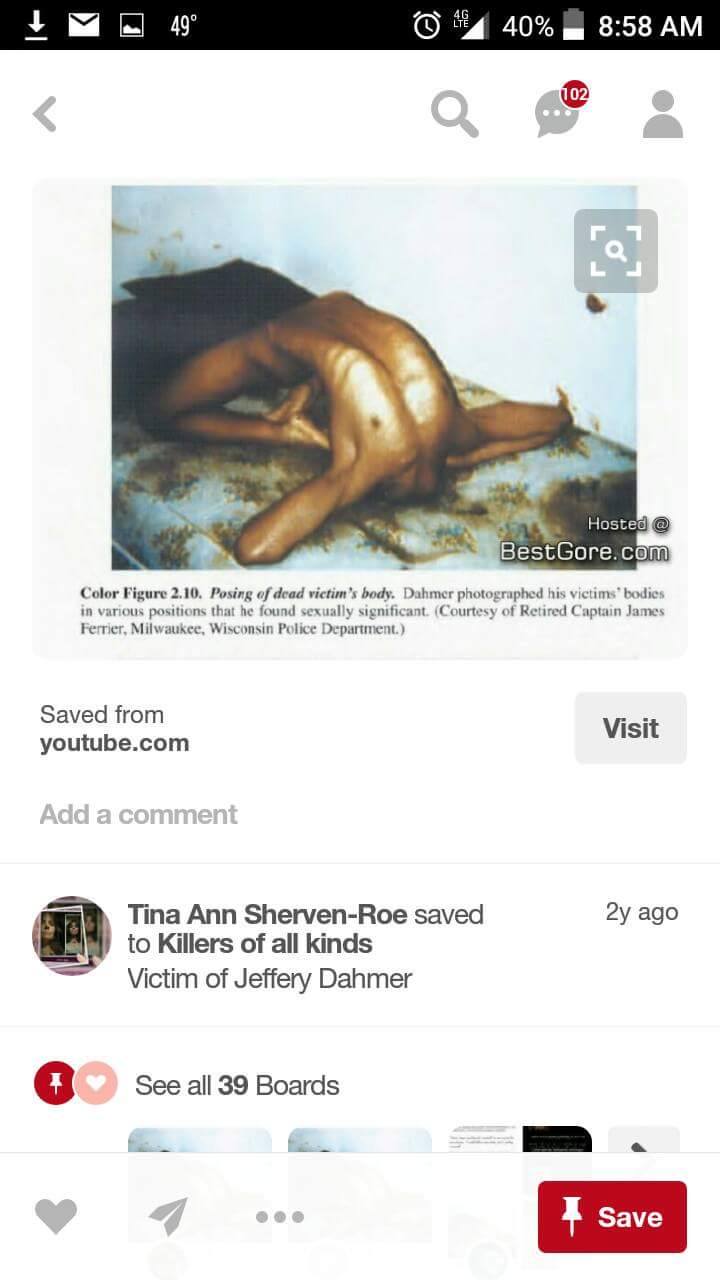 The Renaissance saw this as a form of demonic possession. So why did Dahmer pose a victim in this position and why does Podesta have a sculpture if this? Answer: because they were and are both possessed by demons. Yhis is eerily similiar to a Dybbuk possession. This is something not to fool around with. We see this type of position in demonic movies, in other “art” and in real life. Here are a few stories of this kind of Dybbuk possession where people crawl backwards. (http://www.dailymail.co.uk/news/article-2546850/Children-possessed-200-demons-levitated-walked-backwards-walls-hospital-staff.html, http://www.ghosttheory.com/2015/01/15/the-ammons-family-poltergeist). This type of crawling contorted possession also reminded me of how a scorpion crawls. Now think about that in relation to Rev. 9. 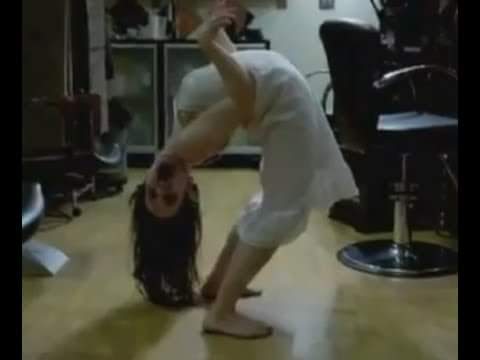 I don’t want to spend much time on this because this whole thing is sickening. But I suggest you take a look at this article by Tracy Twyman (http://tracytwyman.com/dahmer-pose-statue-in-tony-podestas-house-matches-illustration-from-aleister-crowley-text/). And here is her revised article (http://tracytwyman.com/jeffrey-dahmer-aleister-crowley-exorcist-iii-911-and-pizzagate/). She has connected a lot if dots to the Gemini Twins, the orouboros, to the occult to this pedophile ring. I’m pretty sure this is all just a drop in the bucket. What a demonic place we live. Our only hope is through Jesus the Messiah. 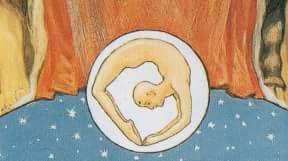 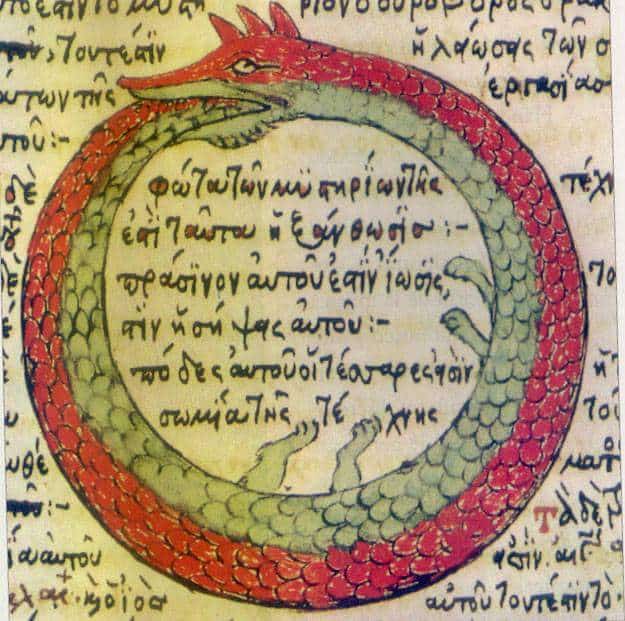 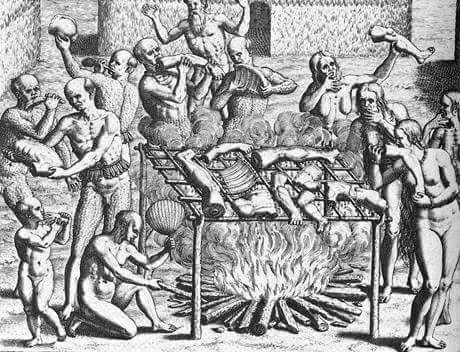 Every time I think about this it makes me want to throw up. I personally think this “pizza gate” revelation that everyone is getting is just the beginning of it all. What do you think they do with these poor kids after abusing them? Do you think they just sacrifice them then bury them? Why did Jeffery Dahmer put his dead victims in an arch like position? Tony Podesta has the same statue in this arch position that Dahmer would do with his victims. Then what did Dahmer do with his victims after this? He ate them. What do you think these jahpedos do when they are done with their victims? Your guess is as good as mine.

Now think about this. Have you ever wondered why God would allow these luciferians to put aborted baby fetus cells (HEK 2943) in our food? Im not saying that this is why but it seems to ring a bell now doesn’t it.

Ezekiel 5:8  Behold, I am against thee, and I will execute judgement in the midst of thee in the sight of the nations. 9  And I will do in thee things which I have not done, and the like of which I will not do again, for all thine abominations. 10  Therefore the fathers shall eat their children in the midst of thee, and children shall eat their fathers; and I will execute judgements in thee, and I will scatter all that are left of thee to every wind. 11  Therefore, as I live, saith the Lord; surely, because thou hast defiled my holy things with all thine abominations, I also will reject thee; mine eye shall not spare, land I will have no mercy.

I could go on with that chapter but I thought I would stop. I want these verses to sink in. If you don’t know what connection Senomyx has to Planned Parenthood, you may need to read my article on it or research it for yourself. Good going America. And if that’s not bad enough, what will happen in time of famine?

2 Kings 6:24  And it came to pass after this, that the son of Ader king of Syria gathered all his army, and went up, and besieged Samaria. 25  And there was a great famine in Samaria: and, behold, they besieged it, until an ass’s head was valued at fifty pieces of silver, and the fourth part of a cab of dove’s dung at five pieces of silver. 26  And the king of Israel was passing by on the wall, and a woman cried to him, saying, Help, my lord, O king. 27  And he said to her, Unless the Lord help thee, whence shall I help thee? from the corn-floor, or from the wine-press? 28  And the king said to her, What is the matter with thee? And the woman said to him, This woman said to me, Give thy son, and we will eat him to-day, and we will eat my son to-morrow. 29  So we boiled my son, and ate him; and I said to her on the second day, Give thy son, and let us eat him: and she has hidden her son.

Do we see the blatantly satanic social engineering yet?

I find it interesting that the “arch of hysteria” is an inversion of the human body “bowing” in prayer.

Jesus is coming soon! We need to be about our father’s work!