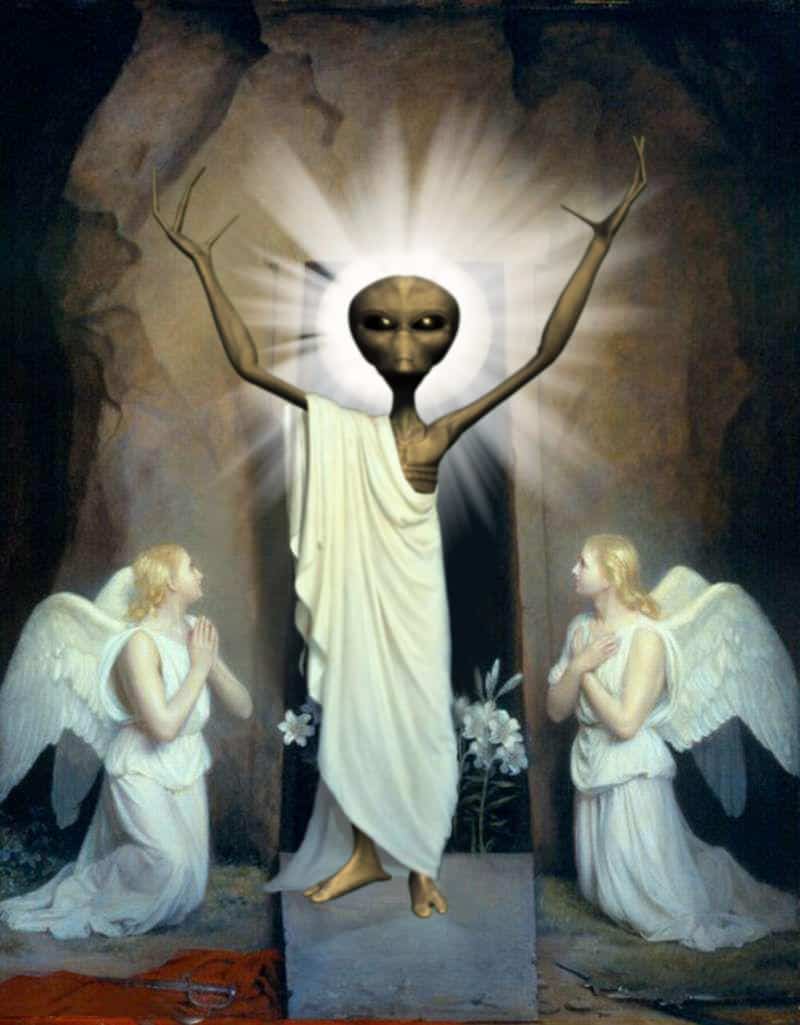 There is a great demonic deception underway and the average church going, working person thinks that these concepts are too “out there” to possibly be true. I am going to go through some of the evidences of this deception to encourage people to look at them without preconceived bias, because this deception is real and those who are naive to it are at high risk to succumb to it.

According to the respected Walter Martin in a 1968 interview:

“At some point in the near future UFO occupants would begin to interact extensively with people. Their message? We are superior beings – advanced far beyond you earthlings, Look at our technology. But we have come to help and guide you.”

Walter Martin did not believe in aliens and neither do I, for the Bible does not teach this. Martin was  simply discussing the “Alien” deception – that is that demons have been masquerading as “aliens,” “extraterrestrials” that have come from a distant galaxy and are here to help. He goes on speaking of the theology of these would be “aliens”.

“A vital clue to the UFO mystery is this: UFO theology – gained from the so-called close encounters – is diametrically opposed to Christianity. The world of the occult and the people involved in it speak constantly of contact with UFO’s and their occupants, and the theology derived from UFO contact is most revealing. Extraterrestrials (according to those who claim to have spoken to them) do not believe God is a personal being; they do not believe Jesus Christ is the only Savior, and they do not believe the Bible alone is God’s Word to the world. They do not believe in eternal punishment, and they do not believe in bodily resurrection. The reincarnation of the Hindus, Kabbalah and New Age philosophies gains a new perspective when viewed through the eyes of extraterrestrials;: it transforms into planetary reincarnation, where people evolve from planet to planet in order to reach perfection.

It would be an amazing thing, from the world’s perspective, if an advanced technological civilization arrived upon the earth, claiming to be the savior of mankind and the Creator of Homo sapiens. It is not beyond the realm of possibility that with all of the fanfare of scientific accomplishment, the ultimate deception could reveal itself at the end of the ages as our deliverer. In 2 Thessalonians 2:3-9, we are told that when Satan appears in human form, he appears as the Antichrist who leads men, through deceit, to destruction. Those who refuse the knowledge of the truth of Jesus Christ will believe him.”

Doug Hamp in ” Corrupting The Image

“The identification of these “aliens” as demons is clear to those who study the Bible. […] The fallen angels, a.k.a. demons (sons of God), came to earth once and caused havoc and Jesus said that the last days would be like the days of Noah. Today, however, most people of the world have been so influenced by Darwinian-evolutionary thinking that they do not believe in God and certainly do not believe in demons. The change has come slowly over several decades and now has come to fruition. The Cutting Edge Newsletter #1912 offers six points how people have gone from having at least a general belief in God or Jesus to accepting aliens as real. They note how once people begin to reject the truth of Jesus they will stop reading the Bible and applying it to their lives. This will then lead them to believe that the Bible is just a collection of myths, there are no supernatural beings, and only what we can observe through our senses are real. Next Satan convinces man that if it works then it must be true and therefore when people are exposed to some form of demonic power they accept it though not believing its origin is demonic. The Newsletter concludes with Satan proceeding “in deception. Alien beings and UFO phenomenon begin to appear with increasing frequency and contact.” Because men no longer believe in demonic beings, they generally accept the lie that “they are an Alien race from another world. This other world is supposedly more technologically and spiritually advanced than Planet Earth.”