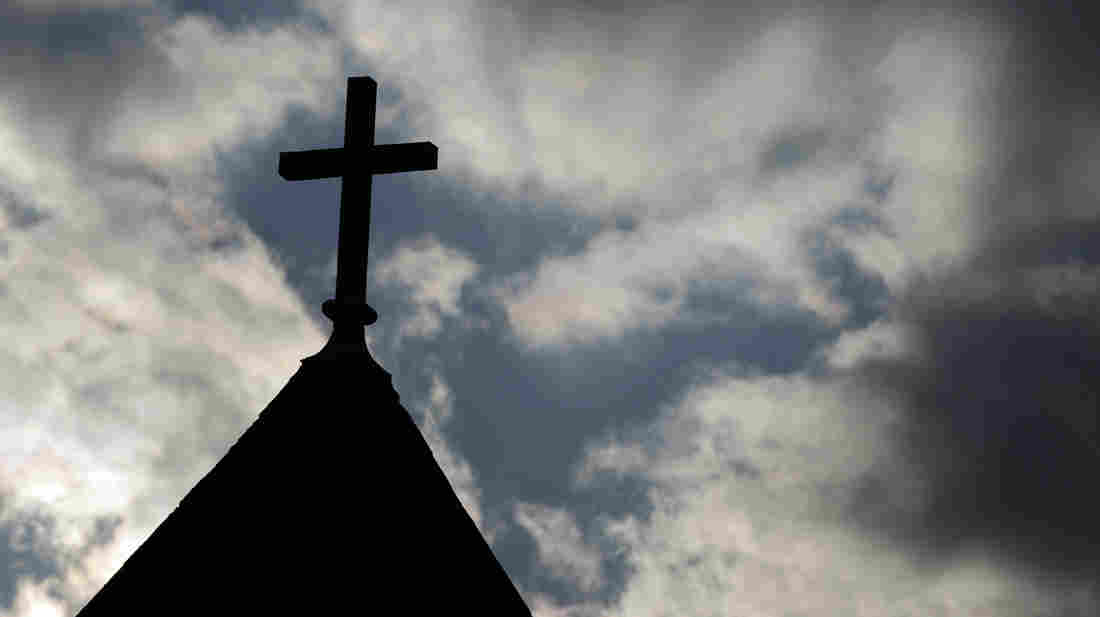 The following article, from TIME Magazine, March 16, 1942 reports on a gathering by the Federal Council of Churches bowing to the New World Order crowd.  It certainly drives the point home and sheds some light on “what’s wrong with our churches”.

The conference met during the heat of WWII and wouldn’t discuss the war because, “… the Federal Council felt that, since five of its other commissions are directly connected with the war effort, the conference’s concern should be with plans for peace”…. then – the United Nations was fraudulently foisted on America – and the people of the world – for that matter.

These are the high spots of organized U.S. Protestantism’s super-protestant new program for a just and durable peace after World War II:

* International control of all armies and navies.

* “A universal system of money . . . so planned as to prevent inflation and deflation.”

* Progressive elimination of all tariff and quota restrictions on world trade.

* “Autonomy for all subject and colonial peoples” (with much better treatment for Negroes in the U.S.).

* “No punitive reparations, no humiliating decrees of war guilt, no arbitrary dismemberment  of nations.”

* A “democratically controlled” international bank “to make development capital available in  all parts of the world without the predatory and imperialistic after-math so characteristic of large-scale private and governmental loans.”

This program was adopted last week by 375 appointed representatives of 30-odd denominations called together at Ohio Wesleyan University by the Federal Council of Churches. Every local Protestant chuck in the country will now be urged to get behind the program. “As Christian citizens,” its sponsors affirmed, “we must seek to translate our beliefs into practical realities and to create a public opinion which will insure that the United States shall play its full and essential part in the creation of a moral way of international living.”

Among the 375 delegates who drafted the program were 15 bishops of five denominations, seven seminary heads (including Yale, Chicago, Princeton, Colgate-Rochester), eight college and university presidents (including Princeton’s Harold W. Dodds), practically all the ranking officials of the Federal Council and a group of well-known laymen, including John R. Mott, Irving Fisher and Harvey S. Firestone Jr. “Intellectually,” said Methodist Bishop Ivan Lee Holt of Texas, “this is the most distinguished American church gathering I have seen in 30 years of conference-going.”

The meeting showed its temper early by passing a set of 13 “requisite principles for peace” submitted by Chairman [John] Foster Dulles and his inter-church Commission to Study the Bases of a Just and Durable Peace.  These principles, far from putting all the onus on Germany or Japan bade the U.S. give thought to the shortsighted selfishness of its own policies after World War I, declared that the U.S. would have to turn over a new leaf if the world is to enjoy lasting peace.

“For at least a generation we have held preponderant economic power in the world, and with it the capacity to influence decisively the shaping of world events.  It should be a matter of shame and humiliation to us that actually the influences shaping the world have largely been irresponsible forces.  Our own positive influence has been impaired because of concentration on self and on our short-range material gains. . . .  If the future is to be other than a repetition of the past, the U.S. must accept the responsibility for constructive action commensurate with its power an opportunity.”

“The natural wealth of the world is not evenly distributed.  Accordingly the possession of such natural resources . . . . is a trust to be discharged in the general interest.  This calls for more than an offer to sell to all on equal terms.  Such an offer may be a futile gesture unless those in need can, through the selling of their own goals and services, acquire the means of buying.”

With these principles accepted, the conference split up into four groups to study, respectively, the social, economic and political problems of the post-war world and the problem of the church’s own position in that world.   Discussion waxed hot and heavy, with one notable silence: in a week when the Japs were taking Java, discussion of the war itself was practically taboo.  Reason: The Federal Council felt that, since five of its other commissions are directly connected with the war effort, the conference’s concern should be with plans for peace.

One war statement  — “The Christian Church as such is not at war” — was proposed by Editor Charles Clayton Morrison, of the influential and isolationist-before-Pearl-Harbor Christian Century.  This statement was actually inserted in a subcommittee report by a 64-58 vote after a sharp debate.  In the plenary session, however, it was ruled out of order.

Some of the conference’s economic opinions were almost as sensational as the extreme Internationalism of its political program.   It held that “a new order of economic life is both imminent and imperative” — a new order that is sure to come either “through voluntary cooperation within the framework of democracy or through explosive political revolution.”

Without condemning the profit motive as such, it denounced various defects in the profit system for breeding war, demagogues and dictators, “mass unemployment, widespread dispossession from homes and farms, destitution, lack of opportunity for youth and of security for old age.”  Instead, “the church must demand economic arrangements measured by human welfare . . . must appeal to the Christian motive of human service as paramount to personal gain or governmental coercion. ”

“Collectivism is coming, whether we like it or not, ” the delegates were told by no less a churchman than England’s Dr. William Paton, co-secretary of the World Council of Churches, but the conference did not vote as far to the left as its definitely pinko British counterpart, the now famous Malvern Conference (Time, Jan. 20, 1941).

It did, however, back up Labor’s demand for an increasing share in industrial management.  It echoed Labor’s shibboleth that the denial of collective bargaining “reduces labor to a commodity.”  It urged taxation designed “to the end that our wealth may be more equitably distributed.”  It urged experimentation with government and cooperative ownership.

“Every individual,” the conference declared, “has the right to full time educational opportunities . . . to economic security in retirement . . . to adequate health service ( and an ) obligation to work in some socially necessary service.”

The conference statement on the political bases of a just and durable peace proclaimed that the first post-war duty of the church “will be the achievement of a just peace settlement with due regard to the welfare of all the nations, the vanquished, the overrun and the victors alike.”

In contrast to the blockade of Germany after World War I, it called for immediate provision of food and other essentials after the war for every country needing them.  “We must get back,” explained Methodist Bishop Francis J. McConnell, “to a stable material prosperity not only to strengthen men’s bodies but to strengthen their souls.”

Politically, the conference’s most important assertion was that many duties now performed by local and national governments “can now be effectively carried out only by international authority.”

Individual nations, it declared, must give up their armed forces “except for preservation of domestic order” and allow the world to be policed by an international army and navy. This League-of-Nations-with-teeth would also have “the power of final judgment in controversies between nations . . . the regulation of international trade and population movements among nations.”

Note:  It’s difficult to transcribe an article like this without succumbing to the impulse to highlight by using bold and underlines.  This entire article would have been bold/underlined had I highlighted the ‘most important’ statements.  Very recently, a new visitor to the web site — after perusing the section God Bless All The Little Children — made the statement that much of the information is ‘dated’.

I suggest that you read carefully all of the ‘dated material’ we’ve posted in thisweb site to instill in your mind the fact that what is happening today is indeed a long and well-laid plan dating back to the Levitical priesthood, at least a thousand years before the birth of Christ Jesus.  He died exposing the plan and the planners (the Pharisees).  It didn’t begin with the establishment of the Illuminati, as many believe.  Adam Weishaupt was just another tool of the Godless creatures who deny the existence of our Father/ Creator; who understand human nature; and who use those who have allowed their lust for money, power, and prestige to transcend their spiritual nature.

We bombard one another with the current news until most of us become information overloaded and can’t decide which issue to tackle.  Continuing to ‘stick a finger in the hole in the dyke’ will eventually lead to nothing.  Picture, if you can, the few millions of us who are awakening and attempting to stem the tide hoping and praying that enough of our sleeping brethren will awaken… picture us with our faces pressed against the wall, unable to move because all ten digits are stuck in holes.  Our hands our tied.

So much of the opposition to the political program of World Dominion is controlled by the Dominionists themselves.  The symptoms are widely discussed, one symptom at a time and too numerous to count… and the source of the program is never addressed.  Nor the solutions.  We offer no apology — nor should an explanation be necessary for a person who is in possession of their senses — for posting ‘dated’ material.  Thank you for visiting.  — Jackie –