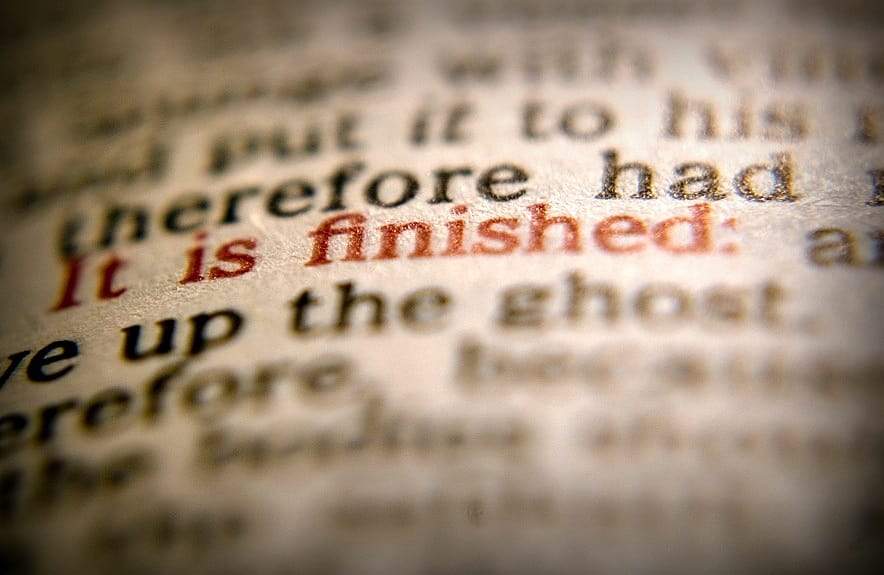 For those tempted to go back to following the law (the Hebrew Roots Movement.)

With Jesus’ birth, life, death, and resurrection the Old Covenant was fulfilled and a new covenant was instituted.

“But our High Priest [Jesus Christ] has been given a ministry that is far superior to the ministry of those who serve under the old laws, for he is the one who guarantees for us a better covenant with God, based on better promises. If the first covenant had been faultless, there would have been no need for a second covenant to replace it. But God himself found fault with the old one when he said: “The day will come, says the Lord, when I will make a new covenant with the people of Israel and Judah…” (Heb. 8:6-8 NLT)

Does this mean the old covenant was God’s mistake? Not at all. The old covenant with its laws, priests, tabernacle/temple, animal sacrifices, etc was a picture of what Jesus Christ would do. God was not short-sited or ignorant about the inadequacies of the Old Covenant and so, came up with a new plan to send Jesus to make things right. Jesus was not an after thought. His coming and purpose was prophesied to the first people ever created – Adam and Eve (Gen. 3:15). His coming was intentional from the fall of mankind and the promise of his coming brought hope to Israel through the old covenant.

Jesus accomplished in the new covenant what the old covenant was not adequate to do – defeat sin. The old covenant proved that sin was more powerful than the law. As soon as the law in the old covenant said, “Thou shalt not…” mankind could not resist temptation and the power of sin. Thus, Israel ultimately broke the covenant. Sin overpowered mankind, but Jesus overpowered sin. Israel was enslaved to sin, just as they had been enslaved to Egypt hundreds of years earlier. Just as Moses (who was given the written old covenant) was the savior for Israel from captivity in Egypt; now Jesus (who was mediator of new covenant) was the Savour for Israel (and all people) from captivity to sin.

Just prior to Moses receiving the two tablets containing the Ten Commandments, Moses had written down everything God had told him in a book called the Book of the Covenant. He read it to the people of Israel who whole-heartedly agreed to obey. To seal (confirm) the covenant, a sacrifice was made and the blood of bulls was sprinkled on the altar and the people. Exodus 24:8.

When Jesus instituted the new covenant, he was in an upper room with His twelve disciples sharing the passover meal just before His crucifixion. He took the cup of wine and said,

The new covenant was also sealed with the blood of a sacrifice. Jesus was the Lamb slain, and His blood was poured out for the sins of mankind. This was the end of the old covenant and the beginning of a new one.

The Ten Commandments were part of the old covenant. Jesus was not in conflict with the old covenant as the priests, scribes and pharasees of the day suggested. And lest people think that Jesus came to bash the law and prophets of the Old Testament, Jesus Himself stated that He did not come to destroy the law and the prophets. He came not to destroy, but to fulfill (Matt. 5:17).

Jesus fulfilled the law. He did not destroy it. Through His fulfillment we find salvation from our sins in Him alone. Jesus Christ fulfilled the old covenant and its laws when:

“Dear brothers and sisters, the longing of my heart and my prayer to God is that the Jewish people might be saved. I know what enthusiasm they have for God, but it is misdirected zeal. For they don’t understand God’s way of making people right with himself. Instead, they are clinging to their own way of getting right with God by trying to keep the law. They won’t go along with God’s way. For Christ has accomplished the whole purpose of the law. All who believe in him are made right with God.” (Rom. 10:1-4)

At the moment of Jesus’ death on the cross, Matthew 27:51 states that the veil (separating the entrance to the holy of holies) of the Temple was ripped from top to bottom, symbolizing that with Jesus death there was no longer a need for the temple. Jesus Himself became the new temple. It was no longer necessary for the high priest to enter into the holy place, meet with God (at the mercy seat and ark of the covenant), and intercede to God for the sins of the people. Jesus fulfilled the purpose of the temple, and became the new door through which to come to God. People no longer had to come to the temple and offer sacrifices for the forgiveness of sins. Now they would come to the new Temple – Jesus Christ for the forgiveness of sins. Shortly after Jesus’ ascension into heaven He sent the Holy Spirit to indwell all who would trust in Jesus Christ. In I Corinthians 6:19 we are told that our bodies are the temple of the Holy Spirit – the place in which He dwells.

So then, what happened to the law (Ten Commandments)? Where did they go?

The Scriptures are very clear where the law went:

“The day will come,” says the Lord, “when I will make a new covenant with the people of Israel and Judah. This covenant will not be like the one I made with their ancestors when I took them by the hand and brought them out of the land of Egypt. They broke that covenant, though I loved them as a husband loves his wife,” says the Lord.

“But this is the new covenant I will make with the people of Israel on that day,” says the Lord. “I will put my laws in their minds, and I will write them on their hearts. I will be their God, and they will be my people. And they will not need to teach their neighbors, nor will they need to teach their family, saying, ‘You should know the Lord.’ For everyone, from the least to the greatest, will already know me,” says the Lord. “And I will forgive their wickedness and will never again remember their sins.” (Jeremiah 31:31-34; Hebrews 8:8-13)

Believers are no longer driven to performance by the law, but rather are driven by the person of the Holy Spirit who abides within us and who has been given us as a seal of our salvation.

Ezekiel 36:25-27 talks about the change of heart that would take place with the coming of the new covenant:

“I will sprinkle clean water on you, and you will be clean; I will cleanse you from all your impurities and from all your idols. I will give you a new heart and put a new spirit in you; I will remove from you your heart of stone and give you a heart of flesh. And I will put my Spirit in you and move you to follow my decrees and be careful to keep my laws.”

When Jesus gave His famous Sermon on the Mount in Matthew 5-7 He referred to some of the old covenant laws. Understanding that His crowd were Jews and devout followers of the law of Moses, by way of introduction He attempted to make them understand that what He was about to say was not with the intent of destroying the old covenant laws or the prophets. Jesus declared His purpose of fulfilling the law and the prophets. Jesus then began quoting old covenant laws and restating the law in the context of the new covenant (which addresses heart issues because the law would be placed in their hearts).

Why would Jesus restate much of the old covenant law this way? Was Jesus changing the law? No. He was emphasizing that keeping the law for salvation was an impossible task by external acts of obedience. God’s requirement is a change of heart because actions come from what’s in the heart of a person. Jesus upped the stakes. The law of Moses forbade you from murdering someone. Jesus declares a person guilty of murder who hates someone in their heart.

“Whosoever hateth his brother is a murderer: and ye know that no murderer hath eternal life abiding in him” (I John 3:15.)

Jesus explained clearly that all the Old Covenant laws and prophets hang on two basic commandments: Love God and Love one another (Matt. 22:34-40).

“…for he who loves his fellowman has fulfilled the law. The commandments, “Do not commit adultery,” “Do not murder,” “Do not steal,” “Do not covet,” and whatever other commandment there may be, are summed up in this one rule: “Love your neighbor as yourself.” Love does no harm to its neighbor. Therefore love is the fulfillment of the law.” Romans 13:8-10

When the old covenant law (Ten Commandments) came to the cross it was replaced by the indwelling Holy Spirit – the Spirit of the law of life in Christ Jesus.

In John 13:34-35 Jesus gives a new commandment. Keeping it is what will identify a true follower of Jesus Christ. 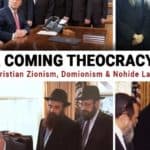