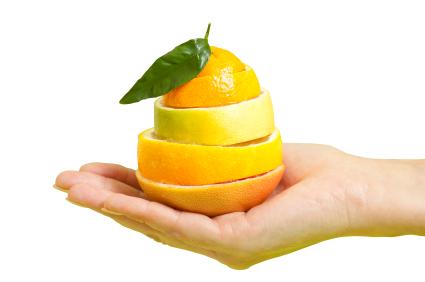 This is a lengthy article, DO NOT SURFACE READ. The actual treatment for ebola which will virtually eliminate fatalities, as revealed by a doctor who has worked with ebola, is below.

Consider this: The elite would never release a plague without an easy cure, and along with this ebola outbreak an American biowarfare firm has been working in Sierra Leon for the last five years. Google that. Sierra Leon has actually identified them as the perpetrators of this outbreak and kicked them out of the country. There is absolutely no doubt this outbreak was intentionally caused by the U.S. war department.

And if it is intentional, a cure is known. There would simply be no other way to do business.

Here is the treatment, complete with MOA. This is a treatment and not a cure, your immune system wipes out the virus, and the treatment gives your immune system time to do it. Here is what Ebola does that is fatal: It causes the complete removal of all vitamin C from the body. No one actually knows what mechanism is involved in doing this, other than a malfunction that is not permanently destructive to whatever is triggered to remove all vitamin C. All the researchers know is that vitamin C drops to zero and all the symptoms of ebola are consistent with a complete loss of vitamin C.

How do I know this? A doctor who has remained anonymous and has worked with ebola victims has discovered this and sent it to this web site, at last check this cannot be googled which confirms this doctor did not just copy paste, SO POST IT EVERYWHERE; GET THIS OUT THERE, THE TREATMENT FOR EBOLA WHICH WILL PREVENT DEATH IS KNOWN AND THIS IS AN EMERGENCY REQUEST FOR MY READERS TO SPREAD THIS INFO AND STOP THIS EBOLA ATTACK IN ITS TRACKS.

From an anonymous doctor:

“The very first symptoms of ebola are exactly the same as scurvy, which is caused by inadequate vitamin C. Though scurvy is seldom fatal as a primary condition, scurvy also represents only a partial deficiency of vitamin C, the body still has a LOT of vitamin C compared to zero, which ebola causes. Absent ANY vitamin C, blood vessels become very weak and start to lose blood, and platelets become ineffective and unable to trigger clots. So death by ebola is caused by massive internal bleeding and loss of blood, which can be stopped simply by taking enormous doses of vitamin C until the immune system succeeds in killing off the virus.”

These viral hemorrhagic fever syndromes share certain clinical features. The Cecil Textbook of Medicine notes that these diseases are characterized by capillary fragility, which translates to easy bleeding, that can frequently lead to severe shock and death. These diseases also tend to consume and/or destroy the platelets, which play an integral role in blood clotting. The clinical presentation of these viral diseases is similar to scurvy, which is also characterized by capillary fragility and a tendency to bleed easily. Characteristic skin lesions develop, which are actually multiple tiny areas of bleeding into the skin that surround the hair follicles. some cases even include bleeding into already healed scars.

In the classic form of scurvy that evolves very slowly from the gradual depletion of vitamin C body stores, the immune system will be sufficiently compromised for infection to claim the patient’s life before the extensive hemorrhage that occurs after all vitamin C stores have been completely exhausted. Ebola virus and the other viral hemorrhagic fevers are much more likely to cause hemorrhaging before any other fatal infection has a chance to become established. This is because the virus so rapidly and totally metabolizes and consumes all available vitamin C in the bodies of the victims that an advanced stage of scurvy is literally produced after only a few days of the disease.

The scurvy is so complete that the blood vessels generally cannot keep from hemorrhaging long enough to allow an infective complication to develop. Also, the viral hemorrhagic fevers typically only take hold and reach epidemic proportions in those populations that would already be expected to have low body stores of vitamin C, such as is found in many of the severely malnourished Africans. In such individuals, an infecting hemorrhagic virus will often wipe out any remaining vitamin C stores before the immune systems can get the upper hand and initiate recovery. When the vitamin C stores are rapidly depleted by large infecting doses of an aggressive virus, the immune system gets similarly depleted and compromised. However, this point is largely academic after hemorrhaging throughout the body has begun.

To date, no viral infection has been demonstrated to be resistant to the proper dosing of vitamin C as classically demonstrated by Klenner. However, not all viruses have been treated with Klenner-sized vitamin C doses, or at least the results have not been published. Ebola viral infection and the other acute viral hemorrhagic fevers appear to be diseases that fall into this category. Because of the seemingly exceptional ability of these viruses to rapidly deplete vitamin C stores, even larger doses of vitamin C would likely be required in order to effectively reverse and eventually cure infections caused by these viruses.

Cathcart (1981), who introduced the concept of bowel tolerance to vitamin C discussed earlier, hypothesized that Ebola and the other acute viral hemorrhagic fevers may well require 500,000 mg of vitamin C daily to reach bowel tolerance! Whether this estimate is accurate, it seems clear as evidenced by the scurvy-like clinical manifestations of these infections that vitamin C dosing must be vigorous and given in extremely high doses. If the disease seems to be winning, then even more vitamin C should be given until symptoms begin to lessen. Obviously, these are viral diseases that would absolutely require high doses of vitamin C intravenously as the initial therapy. The oral administration should begin simultaneously, but the intravenous route should not be abandoned until the clinical response is complete. Death occurs too quickly with the hemorrhagic fevers to be conservative when dosing the vitamin C. (from Vitamin C, Infectious Diseases, and Toxins:Curing the Incurable by Thomas E. Levy MD JD)

MY COMMENT: I may not be a doctor, but I am awful good with medical topics, and this rings 100 percent true, IT IS THE MOA which if combined with some of my medical knowledge, such as the fact that Broccoli is absolutely excellent for assisting the clotting of blood, that the active component of Noni (which is in pineapple juice) is strongly anti viral, and that cures such as colloidal silver, while good for bacterial infections does nothing for viruses, combine some real knowledge with what this doctor says and it is highly probable that Ebola can be shrugged off as a mild case of scurvy.

Beware the current Colloidal Silver psy op, the actual cure for Ebola has been given to this web site.

Colloidal silver is great stuff, and I have made gallons from a 1 ounce silver bar myself. It works great for curing BACTERIAL infections and making water safe to drink without the nasty taste of iodine. HOWEVER, COLLOIDAL SILVER WILL DO NOTHING AGAINST VIRUSES, AND HUGE LIES ARE BEING HATCHED RIGHT NOW TO MISGUIDE PEOPLE TO A FALSE EBOLA CURE AND THE ALTERNATIVE MEDIA IS LAPPING IT UP

All curative agents have a mode of action, or MOA. And if anyone posting medical cures does not know the MOA, they have no idea what they are talking about. Colloidal silver has an MOA that has been known for many decades, yet recently Google has been rigged to bury it with only articles stating “the MOA is being explored and we think it is ___(then disinfo)” and there has to be a reason why this is being done right now, at this point in time with Ebola running amok.

Colloidal silver does the same for bacteria, it binds with the oxygen carriers in bacteria permanently, causing bacteria to quickly die from oxygen starvation. This is the MOA for colloidal silver, which has been clearly known practically forever.

VIRUSES HAVE NO METABOLIC PROCESSES WHICH REQUIRE AN OXYGEN CARRIER, AND THEREFORE COLLOIDAL SILVER WILL BE COMPLETELY INEFFECTIVE AGAINST EBOLA

Do not let the misinformed in the alternative media fool you by saying colloidal silver is effective against viruses in any way, colloidal silver is only useful for treating secondary bacterial infections that move in after a preceeding viral infection and in the case of ebola, there is not enough time for that to make a difference.

It is extremely important to note that a HUGE psy op is underway to fake colloidal silver as a cure for viruses and there HAS TO BE A REASON, DO NOT FALL FOR IT.