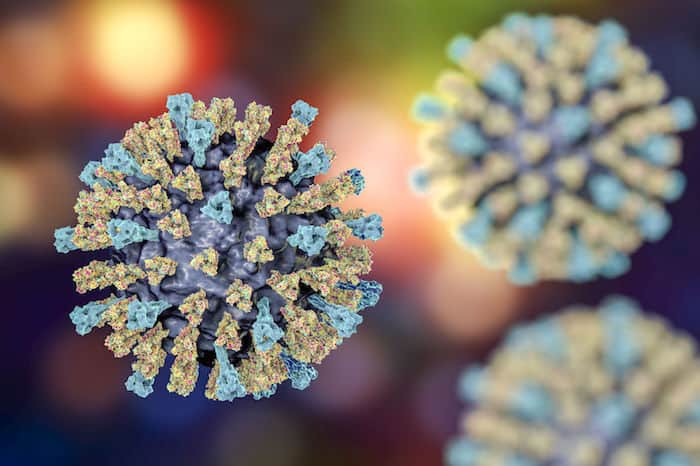 The exposure of more fraudulent “science”.

What would you think if a reputable molecular biologist claimed there is no measles virus? German scientist Dr. Stefan Lanka made such a claim and said he would award 100,000 Euros to any scientist who would successfully prove otherwise.

At first it appeared that Dr. Lanka, who has been among several scientists worldwide claiming there is no HIV virus, was going to lose that 100,000 Euro wager. He lost in the first level of German court hearings to Dr. David Barnards.

But Dr. Lanka persisted and eventually a final decision in a higher court reversed the decision. Dr. Lanka did not have to pay the wager because those claiming were found unable to prove the existence of a measles virus.

The final German Federal Supreme Court (BGH) decision presided over by a panel of judges, overturned an earlier lower court claim to Dr. Lanka’s 100,000 Euro prize, was that there was not enough evidence to support the existence of a measles virus.

Five experts called upon by the German Supreme Court concluded that none of the six scientific papers introduced as evidence for the plaintiff Dr. Barden’s assertion that he had introduced sufficient evidence of a measles virus form the scientific literature. This was confirmed independently by German laboratories.

The legal results prove that the authors of the six publications in the measles virus case were wrong, and as a direct result all measles virologists are still wrong today, mostly because the original researchers did not run control experiments. (Source)

They had misinterpreted ordinary constituents of cells as part of the suspected measles virus and created a composite viral model from separate electron microscopic analyses. The final composite could not be recreated or found in any animal or human.  According to Dr. Lanka, this is a common error in the field of virology that attempts to determine pathogenic viruses.

Dr. Lanka began his pursuit of exposing the germ theory as a false dogma, which proposes that infected humans pass the pathogenic microbes to infect others, after experimenting with a virus he had isolated, then put into seawater, and observed how it influenced life positively.

So just what is in those mostly GlaxoSmithKline MMRs administered in Europe?

Are you shocked yet? Or, do you think this was a fluke, even as two independent German laboratories confirmed the final decision? Dr. Lanka is not a lone virus dissident. Currently there are several scientists who openly question the HIV virus as a cause of AIDS or even its very existence as a virus, and there are those that claim the Hepatitis C virus has never been isolated either. (Source)

There have been several other germ theory challengers since Louis Pasteur established the germ theory of disease.

Louis Pasteur popularized and forwarded the germ theory that basically fostered the notion of pathogenic microbes swarming onto us mortal humans with such lethal efficiency that we could no longer rely on our immune systems to protect us.

Of course, the burgeoning pharmaceutical industry at the time took advantage of that perspective to the point that Big Pharma has almost everyone in the world convinced that dangerous synthetic chemicals are all we have left to protect us from total annihilation from these powerful microbes.

Pasteur was the original scammer of today’s medical industry’s pharmaceutical foundation of the germ theory. Not even considered a worthy scientist by his peers, he simply took an earlier existing unproven hyphothesis and elaborated on it with the claim that he had discovered and proven the germ theory.

Pasteur reportedly plagiarized Antoine Bechamp’s earlier work and distorted it to create the mostly accepted germ theory to rule and allow the pharmaceutical industry to dominate and tyrannically rule modern Western medicine, even to the point of demanding governmental enforcement of vaccinations. (Source)

Other French scientists who were Pasteur’s contemporaries, such as Claude Bernard and Antoine Bechamp, claimed the inner terrain, which includes overall and organ specific pH levels and all facets of the immune system, countered Pasteur’s one germ for one disease theory with claims of pleomorphism within damaged or diseased tissue (which the Medical Mafia and Big Pharma refused to acknowledge).

Pleomorphism was proven when Royal Raymond Rife’s universal microscope in the late 1930s revealed structural changes in microbes, up to 16 changes per microbe, according to their host’s environment. Microbes, whether bacterial or viral, can start out as benign then alter themselves to survive if one’s inner terrain is unhealthy.

In other words, benign and even helpful microbes can exist in a healthy organism without problems, but they adapt according to their specific environmental imbalance. Then their mutations are considered the cause of disease and not the outcome.

But just as there are benign and even helpful bacteria which are higher in number than the cells of our bodies, viruses can be harmless or helpful as well. Roy Rife observed mostly viruses morphing to the delight of scientists who were pleomorphic advocates. (Source)

Viruses are not alive like bacteria. They do not divide and reproduce like bacteria, nor are they mobile like bacteria. Instead they attach themselves to cells and rely on the host cell to replicate its DNA and RNA codes within that normal cell.

“If I could live my life over again, I would devote it to proving that germs seek their natural habitat—diseased tissue—rather than being the cause of the diseased tissue; e.g., mosquitoes seek the stagnant water, but do not cause the pool to become stagnant.”

What Pasteur actually had in his favor was good press and support from French Royalty, much like today’s most newsworthy vaccine proponent, Dr. Paul Offit. Media bias and government corruption are nothing new.

The germ theory proposed a war against microbes that were considered capable of creating diseases among healthy humans instead of determining what internal dispositions to infections could be prescribed to cure or prevent diseases.

The Result of This Fallacious Germ Theory’s Dogmatic Acceptance

Orthomolecular Medicine publications editor Andrew Saul sarcastically observed, “Modern medicine may well be defined as the experimental study of what happens when poisonous chemicals are placed into malnourished human bodies.”

This is also characteristic of adverse vaccine reactions. They tend to disturb and disrupt our innate immune systems, creating exaggerated and inappropriate immune responses that lead to cytokine storms, which attack and damage healthy cells within organs and tissues, especially nervous systems.

Not only do our highly acidic junk and processed foods with added sugars promote acidic pH levels under 7.3, so do overworking, stress, and anger. The combination of our environmental toxic load and inadequate nutrition lead to the stagnant pools within our tissues that become the breeding grounds for existing benign microbes to morph into pathogenic microbes to survive.

Inflammation and tissue degeneration with acidic pH levels attract pathogenic microbes or encourage existing ones into morphing as pathogenic microbes if already present and harmless or even beneficial. The germ theory hoax is the basis of modern pharmaceutical medicine and killing good food with pasteurization and irradiation.

Detoxing and seeking fresh whole foods and adding the proper supplements offer more disease protection from germs than all the vaccines in the world. They are ineffective. All they actually do is create antibodies. Anytime unusual toxic materials such as mercury, aluminum, formaldehyde, and materials from animal tissue are introduced into one’s inner terrain, there will be antibodies summoned.

That is not immunization. There have been many reports of mumps, measles, diptheria, and pertussis (whooping cough) among populations completely or almost completely vaccinated against those diseases. So much for “herd immunity,” which may soon be change to the more acceptable phrase of “community immunity”. (Source)

Observers have determined that adults who have “suffered” through childhood diseases, by staying home from school for a few days, have better immunity against other more dangerous diseases. (Source)

There have been studies in the USA among Amish children and in Europe among those raised on small dairy farms that demonstrate how being exposed to germs at an early age exercises the immune system and makes it stronger, even after leaving farm life in adulthood, thus rendering natural immunization. Overly sterilizing our environments seems to be making us weaker. (Source)

So here we have vaccinations forced on us with the dogma of the germ theory. Meanwhile, after most “infectious” diseases have been terminated due to actual “herd immunity” from actually contacting those diseases prior to their vaccine inventions, along with better plumbing, autoimmune diseases and allergies have correspondingly risen with the rise in vaccination schedules. (Source)

Earlier Related GreenMedInfo article: Why the Only Thing Influenza May Kill is Germ Theory