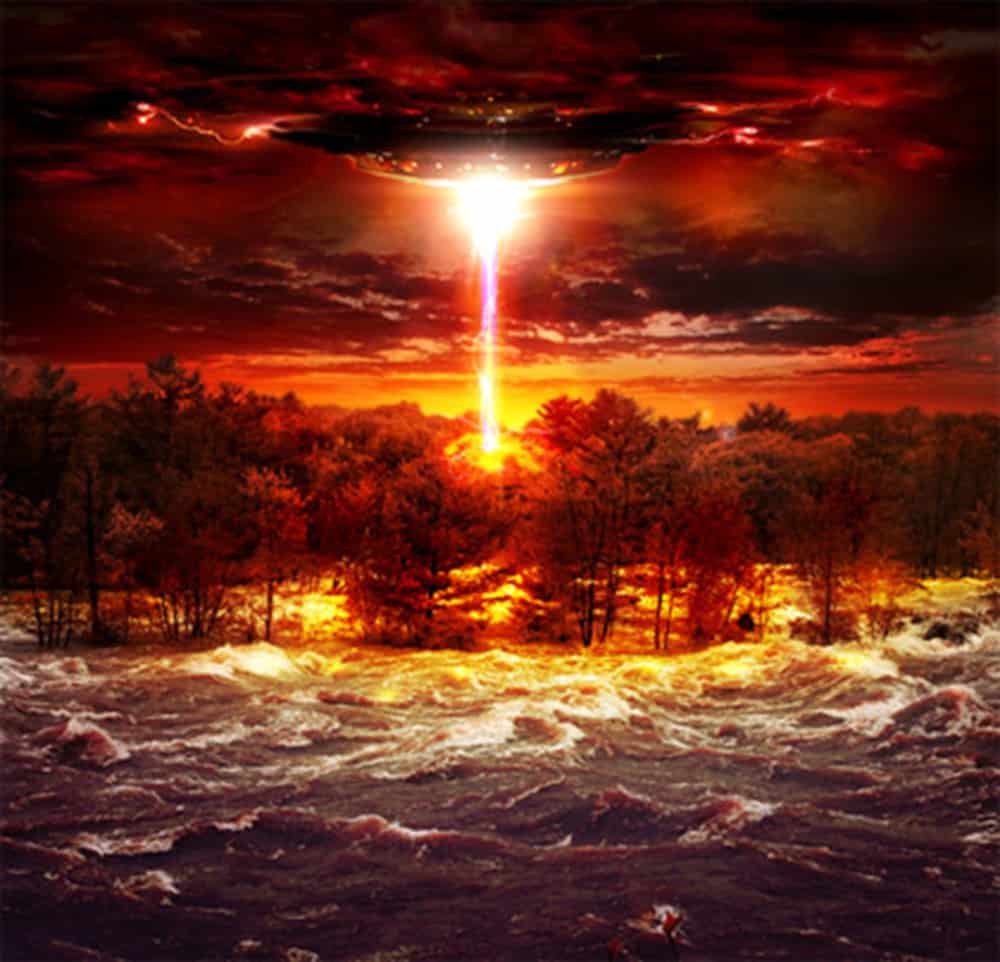 “But the UFO phenomenon simply does not behave like extraterrestrial visitors. It actually molds itself in order to fit a given culture.”

– John Ankerberg, The Facts on UFOs and Other Supernatural Phenomena, p. 10“Human beings are under the control of a strange force that bends them in absurd ways, forcing them to play a role in a bizarre game of deception.”
– Dr. Jacques Vallee, Messengers of Deception, p. 20

“We are dealing with a multidimensional paraphysical phenomenon which is largely indigenous to planet earth.”
– Brad Steiger, [cited in] Blue Book Files Released in Canadian UFO Report, Vol. 4, No. 4, 1977, p. 20

“We are part of a symbiotic relationship with something which disguises itself as an extra-terrestrial invasion so as not to alarm us.”
-Terrence McKenna [from a lecture]

“One theory which can no longer be taken very seriously is that UFOs are interstellar spaceships.”
– Arthur C. Clarke, New York Times Book Review, 07/27/75

“There seems to be no evidence yet that any of these craft or beings originate from outer space.”
-Gordon Creighton, Official 1992 Flying Saucer Review Policy Statement

“A large part of the available UFO literature is closely linked with mysticism and the metaphysical. It deals with subjects like mental telepathy, automatic writing and invisible entities as well as phenomena like poltergeist [ghost] manifestation and ‘possession.’ Many of the UFO reports now being published in the popular press recount alleged incidents that are strikingly similar to demonic possession and psychic phenomena.”
– Lynn E. Catoe, UFOs and Related Subjects: USGPO, 1969; prepared under AFOSR Project Order 67-0002 and 68-0003

“UFO behaviour is more akin to magic than to physics as we know it… the modern UFOnauts and the demons of past days are probably identical.”
-Dr. Pierre Guerin, FSR Vol. 25, No. 1, p. 13-14

“The UFO manifestations seem to be, by and large, merely minor variations of the age-old demonological phenomenon…”
– John A. Keel, UFOs: Operation Trojan Horse, p. 299

“The ‘medical examination’ to which abductees are said to be subjected, often accompanied by sadistic sexual manipulation, is reminiscient of the medieval tales of encounters with demons. It makes no sense in a sophisticated or technical framework: any intelligent being equipped with the scientific marvels that UFOs possess would be in a position to achieve any of these alleged scientific objectives in a shorter time and with fewer risks.”
– Dr. Jacques Vallee, Confrontations, p. 13

“The symbolic display seen by the abductees is identical to the type of initiation ritual or astral voyage that is imbedded in the [occult] traditions of every culture…the structure of abduction stories is identical to that of occult initiation rituals…the UFO beings of today belong to the same class of manifestation as the [occult] entities that were described in centuries past.”
-Dr. Jacques Vallee citing the extensive research of Bertrand Meheust [Science-Fiction et Soucoupes Volantes (Paris, 1978); Soucoupes Volantes et Folklore (Paris, 1985)], in Confrontations, p. 146, 159-161

“[The occultist] is brought into intelligent communication with the spirits of the air, and can receive any knowledge which they possess, or any false impression they choose to impart…the demons seem permitted to do various wonders at their request.”
– G.H. Pember, Earth’s Earliest Ages and Their Connection with Modern Spiritualism and Theosophy (1876), p. 254

“These entities are clever enough to make Strieber think they care about him. Yet his torment by them never ceases. Whatever his relationship to the entities, and he increasingly concludes that their involvement with him is something ‘good,’ he also remains terrified of them and uncertain as to what they are.”
– John Ankerberg, The Facts on UFOs and Other Supernatural Phenomena, p. 21

“I became entirely given over to extreme dread. The fear was so powerful that it seemed to make my personality completely evaporate… ‘Whitley’ ceased to exist. What was left was a body and a state of raw fear so great that it swept about me like a thick, suffocating curtain, turning paralysis into a condition that seemed close to death…I died and a wild animal appeared in my place.”
– Whitley Strieber, Communion, p. 25-26

“Increasingly I felt as if I were entering a struggle that might even be more than life and death. It might be a struggle for my soul, my essence, or whatever part of me might have reference to the eternal. There are worse things than death, I suspected… so far the word demon had never been spoken among the scientists and doctors who were working with me…Alone at night I worried about the legendary cunning of demons …At the very least I was going stark, raving mad.”
– Whitley Strieber, Transformation, p. 44-45

“I wondered if I might not be in the grip of demons, if they were not making me suffer for their own purposes, or simply for their enjoyment.”
– Whitley Strieber, Transformation, p. 172

“I felt an absolutely indescribable sense of menace. It was hell on earth to be there [in the presence of the entities], and yet I couldn’t move, couldn’t cry out, couldn’t get away. I’d lay as still as death, suffering inner agonies. Whatever was there seemed so monstrously ugly, so filthy and dark and sinister. Of course they were demons. They had to be. And they were here and I couldn’t get away.”
– Whitley Strieber, Transformation, p. 181

“Why were my visitors so secretive, hiding themselves behind my consciousness. I could only conclude that they were using me and did not want me to know why…What if they were dangerous? Then I was terribly dangerous because I was playing a role in acclimatizing people to them.”
– Whitley Strieber, Transformation, p. 96

The alien manifestation will convince nearly everyone they have no need for a personal saviour. If aliens fulfill an antichristian agenda, aren’t they part of the working of error from Satan himself, setting up the Antichrist? It just seems so obvious. Aliens must therefore be agents of Satan, the fallen angels.

Isn’t it just a little bit strange that UFOs and “aliens” would single out Israel, of all places on the Earth? Look at what the RAELIAN UFO CULT has to say about the significance of Israel. This is not surprising if one knows who is the authority behind UFOs. Please view our website for the truth behind the “alien” deception, and the END OF THE AGE.