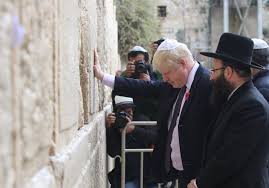 (Updated 6-28-2016 Click on this image for another, extensive article about Brexit. )

(Grandfather of Polly Toynbee expressing contempt for democracy,transparency and sovereignty.
Polly is the Guardian journalist who  was quickest off the mark to link Jo Cox’s murder
to the implied bigotry of the Leave campaign)

Boris Johnson’s stepmother Jenny, the second wife of his father Stanley, is the stepdaughter of Edward Sieff, the former chairman of Marks & Spencer

The prompt acceptance of the narrow referendum win should make you suspicious. Brexit is supposed to be a blow to the masonic Jew World Order. But all the usual suspects including the mass media supported it. What trick do the globalists have up their sleeve?

“Brexit is pure political theatre for the gullible masses and nothing more…Throughout the campaign, Brexiters lamented how the establishment was ranged against them, but in truth the reverse was the reality.”

There is great rejoicing in much of the so called alternative media over the “Brexit” result in yesterday’s British referendum on membership of the European Union. If more proof were needed that the alternative media is often misinformed and credulous, this is it.

Alternative types, from David Duke to David Icke, have of course been insisting for months that the Brexit movement represents a mighty blow against Zio-globalism. There may be some excuse for Duke to believe this guff: he is, after all, an American and presumably relies on British “white nationalists” for information about such matters. There is little or no excuse for British white nationalists themselves, or for British critics of Zionism like Icke, to be so deceived. 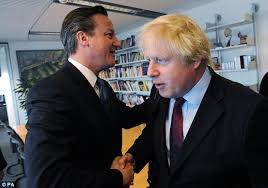 (l. Borris and his buddy in Masonic handshake)

Unless they have been paying very scant attention indeed, they should have noticed that the Brexit movement is overwhelmingly dominated not just by common or garden variety Zionists, but by hard-core Zionist ultras of a particularly toxic variety. For example, Boris Johnson, the part-Jewish de facto frontman for Brexit, describes himself as “a passionate Zionist” and supports with an equal passion both the corrupt City of London and mass migration to Europe.

But compared to Michael Gove, the other leading Tory Brexit spokesman and senior British cabinet member, Boris is a veritable peacenik. Gove has never seen a Zio-war he didn’t like. A former journalist with the Zionist London Times newspaper, he once penned the following excruciating line about war criminal Blair: “I can’t help myself! I love Tony!”. 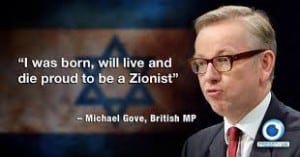 It’s worth pointing out, by the way, that Johnson, and more especially Gove, are close personal friends of British Prime Minister David Cameron, which makes it, therefore, more than plausible to suggest that their dispute over Brexit is pure political theatre for the gullible masses and nothing more.

Chris Grayling, another senior Tory Brexiter, is a member of British Israel Communications and Research Centre (BICOM), a Zionist lobby group. When he was secretary of state for Justice and Lord Chancellor, Grayling declared war on “extremists”, the working definition of which, he made clear, amounted to anyone who criticized Israel or the War on Terror.

Theresa Villiers, the British Secretary of State for Northern Ireland, and Brexiter, is an “officer” of the Conservative Friends of Israel (CFI) and ardent Zionist.

Iain Duncan Smith, a long standing supporter of Brexit, who resigned recently from his senior ministry in the Cameron government, also belongs to the CFI, as indeed do nearly all the leading Tory Brexiters.

Then there’s Liam Fox, left, another Neocon ultra, who was forced to resign from his job as Secretary of State for Defence, after it was revealed that billionaire Israeli arms dealer, Poju Zabludowicz, was funding his jet setting playboy lifestyle, and that of his erstwhile “adviser” Adam Werrity.

It isn’t just on the Tory side where Brexit goes with passionate Zionism. One of the small handful of Labour Party Brexit supporters was Gisela Stuart, a German born Zionist, and a member of the Neocon “Henry Jackson Society”. Stuart received lavish media coverage throughout the campaign – courtesy of her Zionist friends at the BBC. Other Labour Brexit supporters like Kate Hoey and Frank Field, also strongly support Israel. 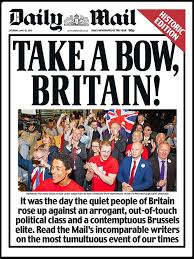 For example, the Guardian and the Independent published many articles in support of leaving the EU. By the same token, in one of the key televised debates on the Brexit issue, the BBC slanted the panel three to two in favour of Brexit. One of the two pro “spokespersons” … was Eddie Izzard, a buffoonish and widely despised transvestite “comedian” who appeared on the panel with bright red lip stick, mascara, nail varnish and clad in a woman’s jacket and blouse, and a pink beret. Not exactly an advocate designed to appeal to the undecided voters of  middle England… 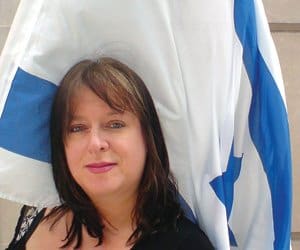 (Julie Burchill of The Guardian, draped in Israeli flag, part of the pro-Brexit Pressitute corps.)

When it comes to individual journalists, the roll call of pro-Brexiters in general corresponded to the leading names in “Zio-presstitution”: Julie Burchill, Douglas Murray, Charles Moore, Julia Hartley Brewer, Matthew Parris, Toby Young, Janet Daley, and even Peter Hitchens – who in spite of his stated reservations about western invasions around the world, always can be relied upon to stoutly defend the Israeli state.

Throughout the campaign, Brexiters lamented how the establishment was ranged against them, but in truth the reverse was the reality. Indeed, ironically enough the corporate media eagerly spun the Leave campaign meme of the referendum as a David and Goliath contest between the plucky Brexit underdog and the nasty pro-EU ruling elite. Moreover, unlike the case of the Scottish independence referendum two years ago, there were very few corporate celebs rushing to support the pro-EU side.

In the Scottish referendum, almost anyone who was anyone in showbiz – Mick Jagger, Paul McCartney, Kate Moss, et al – put their name to a letter calling on Scotland to stay in the United Kingdom. No such closing of celeb ranks took place against Brexit – which in itself goes a long way to refuting the notion that Brexit was an anti-establishment cause.

So if the Zio-globalists favoured Brexit, what was their game? Not for the first time, the Russians seemed to have got closer to the reality than many of the western alternative media did. 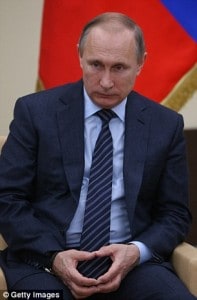 Last week Putin suggested that Cameron had called the referendum in order to “blackmail” the rest of Europe. The evidence for this theory is compelling. It should be remembered that for all their self-serving chauvinistic rhetoric, the British Neocons don’t dislike the EU on account of its control by corrupt transnationals and even more corrupt bankers: au contraire they want it to be even MORE controlled by these forces than it already is.

The referendum was clearly a move to force the EU to undertake “root and branch reform”, i.e., to surrender completely to Anglo-American Zionist warmongers and corporate privateers. In all the phoney euphoria over the Brexit result, it’s easily forgotten that in so far as there has been opposition to Zionist war-mongering, surveillance and privatization within the EU, it has certainly not come from Britain.

Furthermore the desire of British Neocons to force the EU’s hand is not really a secret: in the very early days of the referendum campaign, Boris Johnson and another leading Brexiter, former Tory leader, Michael Howard, both stated that a Brexit vote was a way of forcing Europe to make better terms with Britain.

For all its bellyaching, the British Zio-masonic state already gets much better terms from the EU than most European nations – not surprising since the EU is not, as British chauvinists of Hitchens’ type ludicrously claim, a German imperialist project, but rather a vehicle for Anglo-American Zionist dominion.

For instance Angela Merkel agreed to take in a million refugees to Germany, while Britain has agreed to take in a paltry 20,000 over five years. By the same token the French are compelled by their Anglo-masters to oversee huge refugee camps on their northern coast – in order to prevent migrants making it to Britain.

None of the above is to in any way argue that opposition to the EU is misguided, but simply to illustrate that in this particular referendum there were no good guys. A triumph against globalism, Brexit most certainly was not.