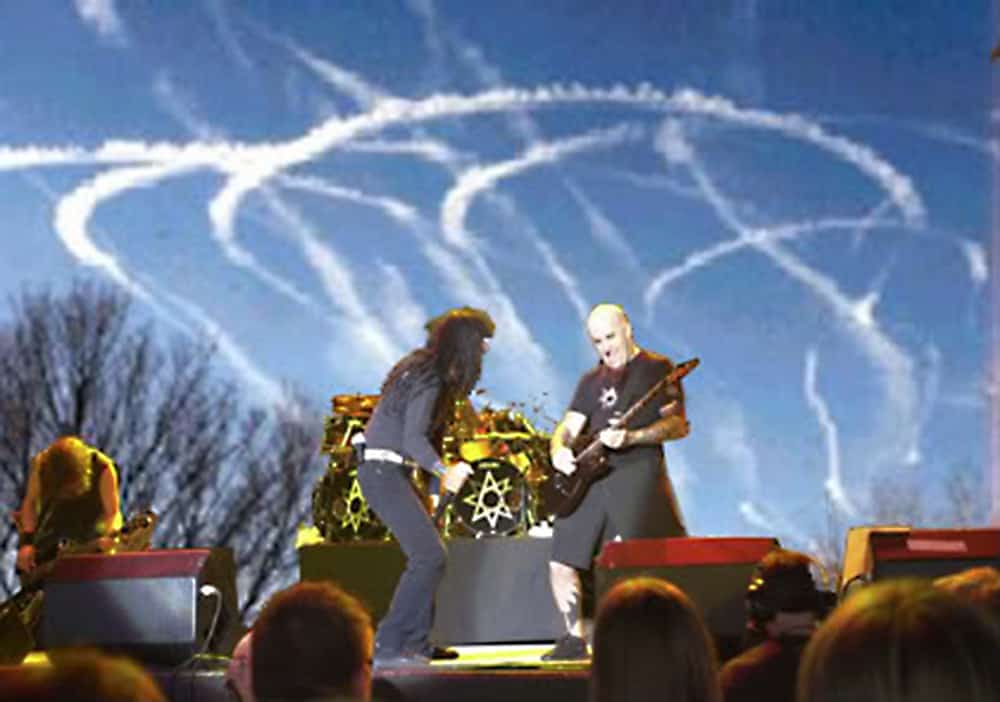 When I first became aware of the Geoengineering issue, I went immediately to my pastor, certain that he would be as outraged as I was and hold a screening of “Why in the world are they spraying” that very week.  Any of you who have done this, no doubt already know what I ran into.  At first I was met with genuine concern, genuine interest, but that was quickly followed by excuses, rationalizations, postponements, until so much time had finally passed that I woke up and realized that I was being placated, and nothing was ever going to happen.  I have spent the past 2 years trying to get to the bottom of why the church is “asleep”, and why, once the facts are clearly shown to a church leader, we run into this strange phenomena, this aversion to any public discussion of this topic.  The subject is “taboo”.

To any of us who have been in the church for any length of time, it quickly becomes glaringly evident, that the underlying schemes surrounding Geoengineering, line up, quite precisely, with the prophecies in the book of Daniel and Revelation.  If you’re old enough, you remember when in-depth studies into these prophecies were common place.  Now, not so much.  So what has changed?

Down the rabbit hole we dive, hoping to make the dots connect into a neat and tidy presentation that would persuade our skeptical pastor to appreciate our concerns and take action.  And what a rabbit hole it is!  With so many forks, twists, and a myriad of tunnel/trails , each with hundreds of sub-trails, each one taking hours, if not days, to get to the end of.  It seems unending.  At this point, I think that the rabbit hole is, in fact, unending.

We learn about global weather modification, greedy corporate bankers and how they, and not countries, own the world and are working hard to take control of the food supply.  We learn that the world is not at all like what we have been told all of our lives, but rather, it is a bit like Pinky and the Brain, or the Matrix.  This disillusionment, this paradigm shift is phase one of awakening to the Matrix.  With each phase we find that we need a little time to get our bearings again before we can delve deeper.

At this point, we are desperate to tell others about the trails in the sky.  People have a right to know this!    But we find that it is quite a feat to share the information with others, because there is simply so much that we still don’t understand.  This is because the topic is so complex, so convoluted, that it takes an unending amount of time to search it all out.  So we find ourselves doing just what we’ve been told not to do. Namely, frantically pointing up at the sky, stammering things about HAARP, and radio frequencies, storms, earthquakes, and droughts, as we watch that soon all too familiar expression begin to cross the face of our listener.  We are now a “chemtrail kook”.   What a brilliant job they’ve done with the media to ridicule any discussion on the topic.

One of the more ominous of the underground rabbit trails leads us staring squarely at “unidentified fibers”.  Clifford Carnicom is most noted for his research with these monstrous things.  If you’re new to learning about this stuff and find this information to be fantastic.  Yes, it’s fantastic.  But yes, it’s real.  (link) The fibers have been showing up in rain samples for the past 14 years or so.  They move.  They seem to have some level of intelligence.  They appear to be bio-synthetic in nature.  To date, everyone tested for the fibers, has tested positive as having them in their bodies.  That’s  a little factoid that has our skin crawling for several days upon learning it.  But after we shake off the Amityville-horror- like trauma, we pick ourselves up, dust ourselves off, and forge ahead.

What are the fibers there for?  Well, no one knows for sure.  What is known is that their technology is quite advanced, beyond our society’s ability to create.  At this point we see that there is something more than greedy bankers at work.   We tune in to an episode “Ancient Aliens”, and took notes.

“As it was in the days of Noah, so it will be at those days”.  At this point, this author’s understanding of what was true and what was a lie had been shaken to the point where my mind felt like a house in the middle of a remodel.  Learned facts and history was scattered everywhere around me.  I started, one piece at a time, to sort through .  Then I found out something interesting.  Did you know that up until roughly the year 300ad, it was a common belief among Christians and Jews alike that there had been angels living on earth, cohabitating with human women and having children with them?  It’s also interesting to note beside this, that the council of Nicea took place in 325.  That’s when the Roman Empire realized that the more they murdered, tortured and mutilated the Christians, the more the church grew. So they made a shrewd move and made Christianity the official religion of Rome.  Hence the Catholic church was born.  Of course, to make any religion an official state religion, there have to be a few minor changes, so that everyone will go along with it.  They gathered some royal smart people to develop an official Scripture.  They threw out a few writings that had been used up until that time, and developed a “canon” that they all agreed upon.  They did a decent job, actually.  I went and dug through some of the writings that were thrown out.  You can find them online.  But the book of Enoch, which had not been considered as scripture, but as an important writing until that time, was tossed into obscurity.

“For we are not ignorant to his devices.”  Back then they were not ignorant to the devices of evil.  They knew about Lucifer and the angels and what they had done in Noah’s time.  They had “married the daughters of men and had children with them”.  They mutated mankind’s DNA.  They mutated animal DNA.  Ever look at the drawings of some of the strange creatures  in the pyramids?  What if the Egyptians didn’t just think those up?

If you look into other ancient cultures and the writings they left behind,  you find mention of “gods” from the sky, living among them and mutating not only the DNA of mankind, but also the DNA of animals.  I dug up a copy of the book of Enoch (oh, the heresy!), and began to read, and compare notes to what is going on around us.  You might want to pick up a copy.

THIS IS A WAR

Any army going into battle needs to know it’s enemy.  Today the church does not.  How well would the troops do if they had no intelligence of their enemy when they went to battle?

As strange fibers are being found in rain samples and in every human being tested, biotechnology is proudly announcing “Transhumanism” as their newest, brilliant accomplishment. (link)  Monster creatures have washed up on the shore in New York and Southern California.  (link) The creatures look like a sick science experiment mixing several species of animals together.  All this sounds strangely familiar.

But this is not enough information to cause the church to become alarmed.  What?