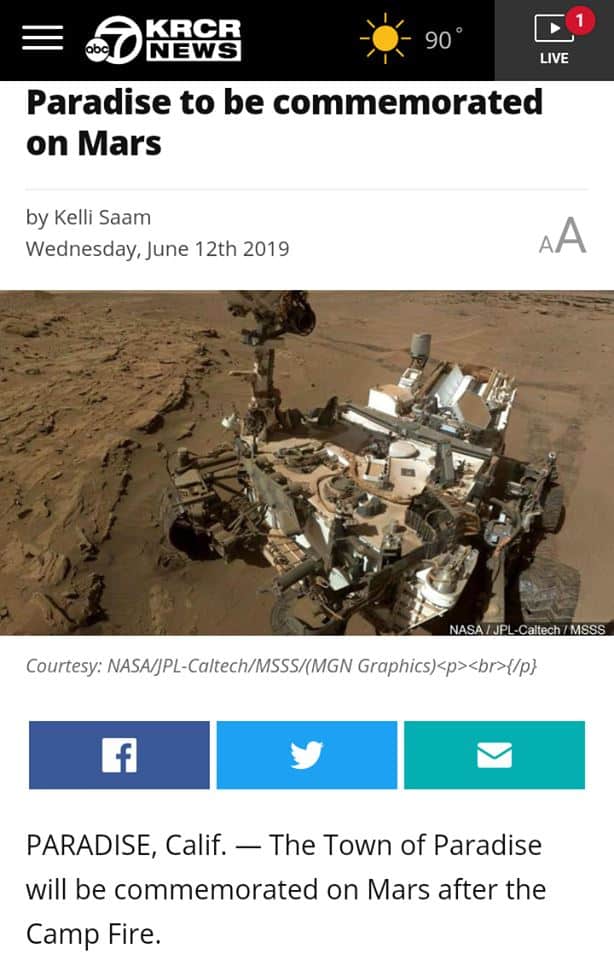 It’s still unclear exactly what technology produced the Paradise Fire, but I don’t think there are many people who accept the official story, and this recent announcement by NASA seems to confirm that the catastrophic fire was not only a public ritual, but a very significant public ritual.

We know, of course, that nothing is “going to Mars” because planets are not what we’re told they are and can’t be landed on anymore than the moon. This announcement serves as further indoctrination of a sun-centered “solar system” but it is more than mere theatrics. I’m not a student of gematria and don’t care to be, but I’m sure this article is chock full of hidden messages for occultists. The important thing to know is that the layers of deception are so incredibly deep that any effort to battle the things going on in the world in the flesh are utterly futile. Eyes on Jesus.

Paradise to be commemorated on Mars

PARADISE, Calif. — The Town of Paradise will be commemorated on Mars after the Camp Fire.

At Tuesday’s Town Council Meeting, Mayor Jody Jones announced that the NASA Mars Rover will carry plaques commemorating the Town of Paradise. Much of the town was destroyed in the Camp Fire in 2018. A total of more than 13,000 homes were destroyed.

The new Mars Rover will launch in July 2020, lands in February 2021. The plaques will say “Paradise, CA” and “Paradise Strong”…

“Paradise with taking 2 plaques to Mars? Because it was a very important spiritual event for them that’s why. On February 18th, 2021 the Mars rover will land in Jezerel Crater. Ironically Jezerel sounds a lot like Jezebel and actually means LAKE. And to top it off, both Mars and the Moon will be in a nice little conjunction in the bull, Taurus. Esoteric rituals at its finest. Oh yeah, the rest of the planet’s are in Capricornus the beast of the sea that day as the Sun goes through the belly of Aquarius. I theorize in my head that this starts the visual opening of the seals in the heavens represented by the planet’s. I’ve never mentioned this before or released my research on it. Maybe I will now. And…there is a Trappist-1 connection to all of this. Strange indeed…” Craig Patin 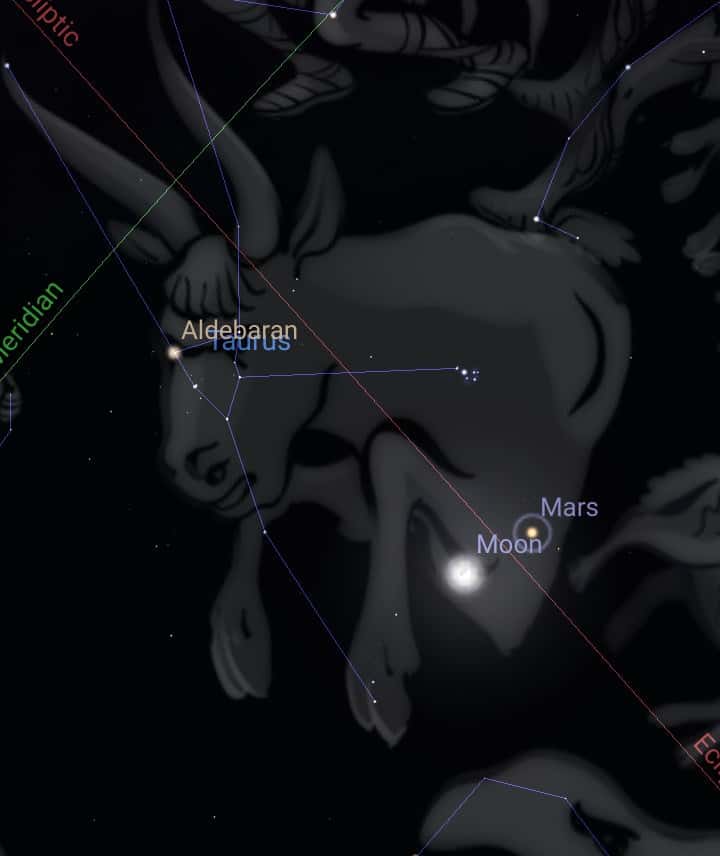 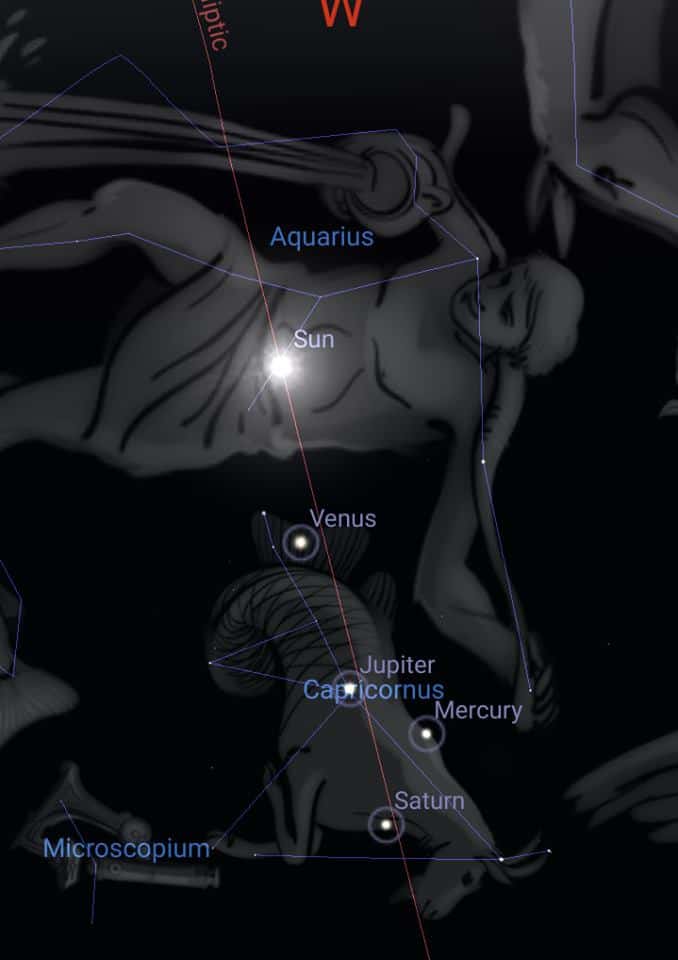