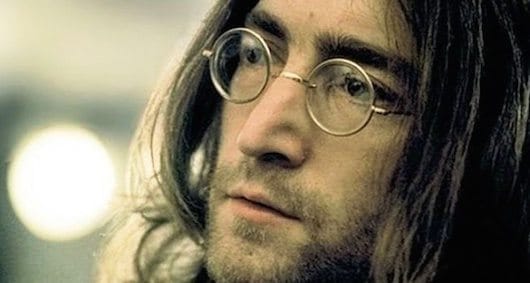 I grew up listening to (and loving) the Beatles and John Lennon’s beautiful, haunting voice and I really didn’t like hearing there was an evil agenda behind their creation, but, sadly, Beatle-mania was about a lot more than England turning out a really great band.

My husband is in the music business, and according to him ‘the word’ is that John Lennon found the Lord before he died. There appear to be some clues that point to that possibility.

Did The Illuminati Murder John Lennon?

Our contributor, Hamish, presents evidence that John Lennon was trying to leave the Illuminati when he was murdered.

“You gotta remember, establishment, it’s just a name for evil. The monster doesn’t care whether it kills all the students or whether there’s a revolution. It’s not thinking logically, it’s out of control.” — John Lennon (1969)

John Lennon became an effective anti-Establishment figure after the breakup of The Beatles. His emancipation from the Illuminati can be seen in the songs recorded just before his murder. Namely, the lyrics in the songs ‘Help Me Help Myself’ and ‘I Don’t Wanna Face It’ reveal he was seeking some higher Truth and purity:


Help Me To Help Myself

Well, I tried so hard to stay alive
But the angel of destruction keeps on houndin’ me all around
But I know in my heart
That we never really parted, oh no

They say the Lord helps those who helps themselves
So I’m asking this question in the hope that you’ll be kind
‘Cause I know deep inside I was never satisfied, oh no

I Don’t Wanna Face It

UNDER PAIN OF DEATH

The Illuminati raises and recruits useful operatives, including musicians, to play a particular role. To become uber-famous, these people must engage in initiation rituals and swear obedience under pain of death. Like the Masonic initiation or Mafioso Omerta ‘code of silence’, if you break ranks, you risk being killed. 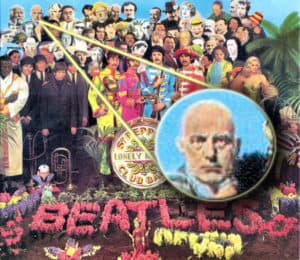 The Beatles (the Masonic name means ‘renewal/rebirth’ invoking ancient Egyptian scarabs) were an Illuminati creation that spearheaded their cult revolutionary goals to transform society. There is a connection to the satanist Aleister Crowley in their work (presumably, Crowley was the real Sergeant Pepper).

Beatlemania was an Illuminati psy op to help destroy Christianity and promote hedonism. John Lennon was an Illuminati vehicle throughout his career. His song ‘Imagine’ is an universal anthem for the NWO. But, we cannot dismiss the ample evidence that John was slowly rejecting their paradigm.

He stated: ‘Our society is run by insane people for insane objectives. I think we’re being run by maniacs for maniacal ends and I think I’m liable to be put away as insane for expressing that. That’s what’s insane about it.’

John was murdered shortly after exposing the source of the drug-fuelled counterculture scene: “… We must always remember to thank the CIA and the Army for LSD. That’s what people forget. Everything is the opposite of what it is…They invented LSD to control people and what they did was give us freedom. Sometimes it works in mysterious ways its wonders to perform.’

Lennon exposed more than just the Establishment-induced drug craze.  He exposed the government targeting him and other artists. 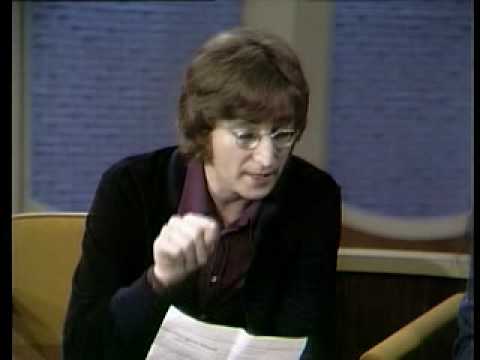 He said that ‘Overpopulation is a myth of the government’. 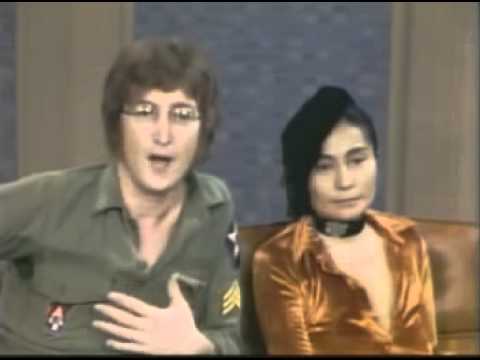 Clearly, John Lennon was exposing the Establishment and was under constant surveillance by the CIA, FBI and assorted Establishment agencies. And it seems the intimidation tactics by these groups was taken to the next level through Mark David Chapman–the infamous murderer that shot Lennon.

‘It is the killer’s [Chapman] calmness after the shooting that Strongman sees as the key to what really happened, providing evidence for his theory that Lennon’s death was a state-sponsored conspiracy.

If Chapman looked like a zombie, as he hung around after the killing and waited for the police, it was because that was exactly what he was. Chapman, he suggests, had been recruited by the CIA and trained by them during his travels round the world, when he mysteriously pitched up in unlikely places for a boy from Georgia.

How strange, for example, that Chapman should visit Beirut at a time when the Lebanese capital was a hive of CIA activity — and was said to be home to one of the agency’s top-secret assassination training camps. Another camp was supposedly in Hawaii, where Chapman lived for a number of years.

And who funded the penniless young man’s round-the-world trip in 1975, which took in Japan, the UK, India, Nepal, Korea, Vietnam and China?

Money never seemed to be a problem for Chapman, but no one has ever explained where it came from. The distinct possibility remains, in Strongman’s opinion, that the secret service was his paymaster.

And somewhere along the line his mind was infiltrated. With Chapman, the CIA could have drawn on its long experience of using mind-controlling drugs and techniques such as hypnosis to produce assassins who would eliminate trouble-makers, and ‘patsies’, the fall guys on whom such killings could be blamed.

Strongman claims: ‘Catcher In The Rye was part of Chapman’s hypnotic programming, a trigger that could be “fired” at him by a few simple keywords [via] a cassette tape message, telex or telegram or even a mere telephone call.’

Interestingly, The Catcher in the Rye was also used to trigger the Bush-connected would-be Reagan assassin John Hinkley. The book was also featured in the movie ‘Conspiracy Theory’.

Chapman’s connection to organized Satanism enhances the prospect that he was involved in ritual abuse (the trauma component in brainwashing).

John Lennon had become not only a secular activist; he was engaging in spiritual warfare.

Indeed, Lennon’s final music indicates that he was seeking redemption and his salvation was approaching a Christian tone that would have blasphemed the NWO –or at least stunted much of its counterculture revolution.

Lennon may have been one of a long list of performers who outlived their usefulness to the Dark Power that rules the planet.