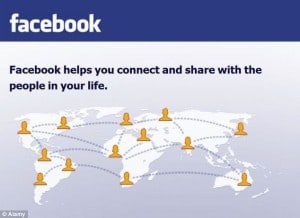 FACEBOOK is facing the real possibility of paying its users up to $10,000 EACH, for violating their privacy, if the plaintiffs prevail in a developing lawsuit.

The case is known as Campbell v. Facebook Inc, U.S. District Court, Northern District of California, No. 13-5996. The lawsuit was filed by FACEBOOK user Matthew Campbell. The suit is seeking class action status on behalf of all American users who sent or received private messages that included any website addresses in their content. And if Mr. Campbell prevails in court, FACEBOOK users could be in for a $10,000 payday.

According to Reuters, U.S. District Judge Phyllis Hamilton in Oakland, California, on December 23, delivered an early Christmas present to FACEBOOK by refusing to dismiss FACEBOOK’S bid to dismiss the lawsuit.

The lawsuit, originally filed in December 2013, and alleged that FACEBOOK improperly and illegally scanned the content of users’ private messages for advertising purposes. The lawsuit accuses FACEBOOK of violating the Electronic Communications Privacy Act and California’s privacy and unfair competition laws. The lawsuit further contends that users included links to third-party websites in messages. In this scheme, FACEBOOK would allegedly follow the link and search for information to profile the sender’s browsing activity and then sold this private information to private advertisers. According to court documents, FACEBOOK would also create a link to a website within a private message. The private message essentially listed the private user as  falsely having ‘liked’ that page via the embedded social share option button. Subsequently, the suit claims that the “likes” were then used to compile user profiles, which were then used for delivering targeted advertising to its users

Amazingly, the brazen FACEBOOK attempted to dismiss the suit because they claimed that the intercept and marketing of the customer’s private activity transpired in the ordinary course of business. In other words, FACEBOOK, just like its alleged creator, the NSA, can go anywhere into private files and do anything they want with your proprietary information.

Judge Phyllis Hamilton struck down FACEBOOK’S argument this week when she ruled that FACEBOOK had “not offered a sufficient explanation of how the challenged practice falls within the ordinary course of its business”.

Right out of The Gospel of Wealth (i.e. Andrew Carnegie’s rationalization for his immoral business practices in the early days of industrialization), FACEBOOK believes that your web-based behavior is their property. Judge Hamilton’s enlightened view was expressed in the following ruling when she stated that  “However … An electronic communications service provider cannot simply adopt any revenue-generating practice and deem it ‘ordinary’ by its own subjective standard.”

While FACEBOOK claims that they ceased the practice of cyber-spying for fun and profit back in in 2012. And now, FACEBOOK claims it only analyzes messages to protect its users against viruses and spam. Isn’t that thoughtful and it sounds so familiar as this is the same mantra that the NSA uses to justify spying on our every communication.

By the way, another NSA intelligence gathering corporation, Google, is suspected of doing the same. One must wonder if Judge Hamilton employs a food-taster?

Although Judge Hamilton’s early judicial decisions are very pro-privacy for the common man, don’t hold your breath that you are every going to see a nickel in punitive in damages from FACEBOOK. Remember, Judge Hamilton is part of a judicial system which ruled that your money belongs to the bank once you deposit it.

Haven’t you given him enough of your privacy as well as your money?

The post FACEBOOK Sued for Scanning YOUR Private Messages for THEIR Profit appeared first on Dave Hodges – The Common Sense Show.