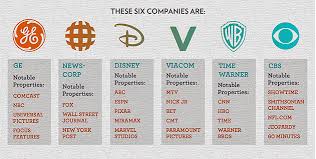 Americans have been conditioned to lose the war for freedom through a set of psychological techniques designed to brainwash an entire nation and promote the belief that there could never be any such thing as a conspiracy theory. This all starts with controlling the mechanisms that dispense the “truth” about today’s world.

Six, count them six corporations control 98% of the media. They virtually control everything you read, see and hear. These six corporations are intertwined with controlling forces of big oil, the military industrial complex, the Federal Reserve and Wall Street. They control who gets elected through campaign donations and more importantly, they have brainwashed an entire nation to accept serfdom at the hands of their corporate masters.

The corporate controlled media uses specific psychological techniques to control. This article is a brief example of how the nation is brainwashed to question the abject criminality coming out of Washington DC.

Russian physiologist, Ivan Pavlov, at the turn of the 20th century, conducted a set of experiments which became known as “Pavlov’s Dog”. In the experiment, Pavlov would repeatedly ring a bell when he presented food to a dog and the dog would salivate to the food only. Eventually, the dog associated the hearing of the bell with the food and Pavlov discovered that the dog was subsequently trained to salivate to merely the sound of the bell. This principle became known as Classical Conditioning.

Classical conditioning techniques, present in the corporate controlled media, can condition most members of the public to denigrate anything sounding like a “conspiracy theory”. For example, anyone who suggests that anyone in government would ever engage in a conspiracy is quickly marginalized. Try explaining the concept of fractional reserve banking and how the Federal Reserve banks can take in one dollar and then turn around and create, out of thin air, 10 more dollars to loan out. Or, explain the simple forensics of the JFK assassination which proves that Lee Harvey Oswald did not fire a shot, and what happens? You are quickly marginalized by those around who say something like, “I did not know you were one of these conspiracy theorists”.  Therefore, the mere use of the term “conspiracy theorist” becomes a programmed, automatically conditioned trigger to reject any notion of a verifiable conspiracy theory.

“We can make the sheep believe anything”.

There is a second set of principles that is being used by the mainstream media to reinforce the “fallacy” of any conspiracy theory and this is called Behavior modification it is a set of therapies / techniques and it is based on operant conditioning  which was first brought to light by B.F. Skinner. The main principle comprises changing environmental events that are related to a person’s behavior and beliefs. The best example of these techniques at work would be the old Nazi notion that if you tell a big enough lie, often enough, the people will begin to accept the lie as truth. Subsequently, these two techniques are used in conjunction to create a false paradigm to the American people.

Once the globalists have control of the media and they have utilized the principles of classical and operant conditioning, a normalcy bias sets in and pervades the belief systems of the American people. The people become so convinced that there cannot be conspiracies, that when events such Fast and Furious, Benghazi and the present Ebola crisis begin to come to light, the public has been conditioned to ignore anything which smacks of a conspiracy. What would have sent millions of Americans to the streets before the advent of TV, now rolls right over the heads of most Americans.

The Normalcy Bias condition is well known to psychologists and sociologists. It refers to a mental state of denial in which individuals enter into when facing a disaster or pending danger. Normalcy Bias leads people to underestimate and minimize both the possibility of a catastrophe actually happening, as well as its possible consequences to their health and safety.

The Normalcy Bias often results in situations where people fail to prepare for a likely and impending disaster. The Normalcy Bias leads people to believe that since something has never happened before, that it never will happen. Therefore, like an infant with a security blanket we cling to our habitual, repetitive, and normal way of life, despite overwhelming proof that serious danger lies ahead. The viewing of President Obama as a danger to the American people by not closing down air travel from West Africa never gets seen by most as the conspiracy that it absolutely entails.

The Normalcy Bias is part of human nature and, to some extent, we are all guilty of participating in it. Unfortunately, the Normalcy Bias inhibits our ability to cope with a disaster once it is underway. People with Normalcy Bias have difficulty reacting to something they have not experienced before. The Normalcy Bias also leads people to interpret warnings and to inaccurately reframe information in order to project an optimistic outcome which leads the person to infer a less serious situation. In short, it is kind of a pain-killing drug which numbs a person to an impending danger.

Even when the evidence of a conspiracy is so massive, the globalists have a means to counter the real facts and this falls under the category of learned helplessness as discovered by Martin Seligman.

“Learned helplessness” occurs when an animal is repeatedly subjected to an aversive stimulus that it cannot escape. Eventually, the animal will stop trying to avoid the stimulus and behave as if it is utterly helpless to change the situation. Even when opportunities to escape are presented, this learned helplessness will prevent any action”

In the first phase of the learned helplessness experiment, Seligman placed a dog on an electrical grid, shocked the dog and noted that the dog would demonstrate the ability to escape the aversive stimulus.

In the second phase, the dog was barricaded on the grid and was unable to escape the painful shocks. Eventually the dog laid down and passively accepted the shock.

Seligman then removed the barricades and the dog could have easily escaped the shocks. However, the dog, conditioned by the prior set of events, simply laid down and accepted the shocks, without mounting any resistance whatsoever.

This is how present day America has been conditioned to not act in the fact of absolute criminal behavior coming from the Obama administration. Today, we lay down in the face of the abject criminality of our government. We accept GMO’s, chemtrails, CPS sponsored child sex trafficking, the theft of our mortgages, the murder of dissidents, constant surveillance, unsafe medicines and foods, and the privatization of our most vital resources which are being priced out of our reach (e.g. water). We simply give up as a country in trying to change things because the system has been so unresponsive to the demands of the public, we have become conditioned to believe that our actions will not make any difference. So, when we are exposed to threat of a pandemic, resulting from government inaction related to the Ebola crisis, we don’t put up a fight because of the prior conditioning which gets us to believe that our actions do not matter.

We have the ability to fight back (phase one). We have done it before (e.g. Revolutionary War, Civil War). However, this was before the omnipresent MSM came on the scene.

We are conditioned by an apathetic Congress that our opinion does not matter (phase two). The media tells us we are the most free nation on the earth.  As a case in point, we honor our veterans and subsequently let the VA murder them. We are conditioned by these factors and the corporate controlled media that our actions can make no difference.

We sit primed today to accept everything our government does to us on behalf of their corporate controllers (phase three). The end result of our passivity is depopulation.

The only glimmer for hope, related to our present set of circumstances lies within a unified effort from within the truthful media and its followers. Otherwise, this country is largely comprised of people who will willing walk into the “showers” of your neighborhood FEMA death camp. How we can resist this relentless conditioning of humanity in Part three.