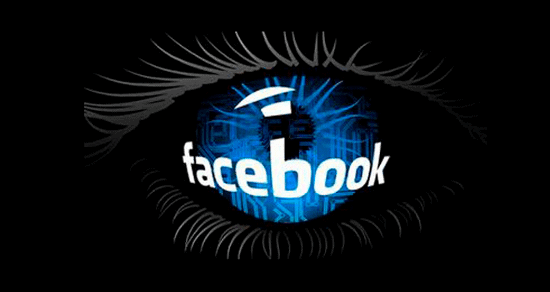 Do you use Facebook? Do you think it is all just harmless fun and a great way to connect with your friends? You may feel differently after reading this article and listening to the interview with Alfredo Lopez below it.

While this is not new, it seems that either the information hasn’t made its’ way around, or the penny hasn’t dropped for most, because the naive sharing of every personal thought and activity on Facebook continues to thrive as a social norm. This is a very informative article about an experiment in manipulating public opinion that Facebook, in collaboration with Cornell and UCSF conducted.

How does the news on the Internet make you feel?

What sounds like a frivolous question, the kind you might be asked in a bar after a few drinks, is actually a profound and powerful one. If the Internet’s content can affect your feelings, the manipulation of that content can exert powerful social control.

So for a week in 2012, Facebook, in collaboration with Cornell University and the University of California at San Francisco, set out to explore that possibility. It edited the content seen by a select 689,000 of its users, overloading its news feed content with positive news for some users and negative news for others and then studied their posts in reaction without their knowledge.

Just what are they testing? (courtesy Technewspedia).

As a result, Facebook learned a lot. According to an abstract of the study, “for people who had positive content reduced in their News Feed, a larger percentage of words in people’s status updates were negative and a smaller percentage were positive. When negativity was reduced, the opposite pattern occurred.”

And, when news about the study broke last week, Facebook confronted an immediate and powerful push-back from horrified activists and users (and now a couple of governments) who raised some significant questions. Does a company have the right to use its customers as test subjects without their knowledge? Is it ever ethical to change news feed content for any reason?

But the more important issue sits behind those questions. Facebook obviously thought this was okay; it does research on users all the time. And its hunch about the outcome proved correct. So what does it mean when one of the largest information companies on earth, the centerpiece of many people’s information experience, practices how to program people through lies?

The experiment was conducted by Facebook’s Data Science Team, the company’s department for collection and analysis of user data. Facebook uses some of that data for advertising and marketing but it also sells the data to other publications and takes grants for research from Universities and think-tanks. The research work is impressive. These are the people who were able to determine how many users were visiting Brazil for the World Cup (and from what countries) before anyone got on a plane. They also developing complex data on the best places to be single in the U.S. for a Wall Street Journal article.

Although most people heard about it last week, this study was actually published in March in the Proceedings of the National Academy of Sciences and was sparked by a question Facebook leaders asked themselves: how much does the content of a news feed affect the way people think, feel and express themselves? It’s actually an excellent question and worth studying. And Facebook, which has more personal data available on its servers than any other institution in the world, was the perfect investigator.

Facebook has a news feed which has become popular among many of its users. Applying a list of “positive and negative” words, Facebook researchers filtered news content. If some content had a positive tone (based on those words) it would be eliminated for some users. The same was true of negative tone for the rest of the users. It did this for a week and recorded the content of the users responses and other posts day by day, finding that positive content read produced positive response and that the opposite was also true.

At no time did any of the users know about this.

Illegal? That’s doubtful because Facebook’s infamous “terms of service” allow it to collect and use our personal data as it sees fit. It owns our data when the data is posted on a Facebook page and can do with it whatever it wants.

Unethical? Obscenely so. You don’t alter what people are reading as news and then collect their response to it without telling them. That is the worst “guinea pig” treatment a company can make of its on-line members and a horrible use of content that people, at least theoretically, rely on in their daily lives.

But what’s most important is how Facebook itself treats the controversy. According to Adam Kramer (one of the Facebook scientists involved in the study)”…the actual impact on people in the experiment was the minimal amount to statistically detect (their reaction).” The company’s official statement said it had used “appropriate protections for people’s information.”

Disingenous is a kind way of putting it. The “actual impact” is that an on-line company, which has extensive relationships with several governments, has tested how to effectively manipulate people’s reactions. What we should be asking Facebook isn’t how long this took or how many people were involved. The most important question is why this company was doing this?

There is no gentle answer. Apparently, the “appropriate protections” didn’t protect users from Facebook itself. No matter how Facebook slices the situation to make it easier to swallow, it’s still poison. They collected information on how to control our deepest and most powerful terrain: our feelings and thinking. They did it because, in the end, they could and because there was nothing about the lives and rights of people that would deter them.

They are doing what the Nazis worked so hard to do. It’s the “1984” morality that spawned a word, “Orwellian”, to describe its author’s nightmare vision which has become the reality in so many parts of our world. It’s the mental manipulation of a police state, the kind that does blanket surveillance on its citizens, sends information gatherers to jail for decades and maintains well-funded disinformation departments (called Press Offices) to cover-up its international crimes and divert attention from its domestic ones. Sound familiar?

No matter how popular it is or how cute some find its oft-told (and constantly edited) founding story, Facebook is a monster: part of the monstrous machine being developed in the country to make sure you don’t resist the oppression visited upon you every day.

Good interview, regardless of your views on the controversial host: