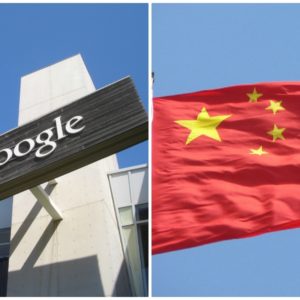 As reported by The Intercept, according to leaked documents, the China-market site will blacklist websites and search terms containing “human rights, democracy, religion, and peaceful protest.”

Code-named Dragonfly, the project has reportedly been under development for nearly a year-and-a-half, launching in the spring of 2017. The development sped up after a December 2017 meeting between Google CEO Sundar Pichai and a top official from the Chinese government, according to internal documents, and interviews with some who are familiar with Dragonfly.

Teams of programmers and engineers at Google have created a custom Android app, different versions of which have been named “Maotai” and “Longfei.” The app has already been demonstrated to the Chinese government; the finalized version could be launched in the next six to nine months, pending approval from Chinese officials.

The planned move represents a dramatic shift in Google’s policy on China and will mark the first time in almost a decade that the internet giant has operated its search engine in the country.

At present, the current Google search function cannot be accessed by the vast majority of Internet surfers in China as it is blocked by Beijing’s so-called “Great Firewall.” But the app being built for the Chinese market by Google will fully comply with all of Beijing’s censorship laws and regulations against allowing citizens to access materials that the Communist Party has determined harmful to its leadership.

Already the central government in Beijing has walled off access to certain subjects and materials otherwise available online. They include information about freedom of speech, political opponents, news, sex, and university studies. The Great Firewall also blocks access to any references to the 1989 Tiananmen Square massacre, as well as references to “dissidents” and “anti-communism.”