Is this real face of the Illuminati?

Speaking in euphemism, Lubavitcher prophet Menachem Scheerson (1902-1994) said Cabalist Jews will rule the world after an apocalypse they intend to initiate.
Updated from Sept 4, 2008

He thinks these religious fanatics must be exposed. The largest Hasidim group, the Chabad Lubavitcher sect  want to hasten Armageddon to facilitate the intervention of the Messiah. Eggert quotes a Lubavitcher rabbi who says:”the world is waiting for us to fulfill our role in preparing the world to greet Moshiach” (i.e. Messiah.) 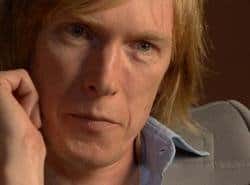 “All human history is about Messianic-satanic Judaism (“Chassidim”); they´re “making” it. History and politics are a big movie, and they are the directors, bringing old-testament-prophecy into reality. They captured freemasonry by building up the illuminati (through Rothschild/Jacob Frank/Weishaupt); they made a pact with the British monarchy when they financed William III to become king; they placed the British royals at the head of the Freemasons; they made the modern banking system and the Fed (through Rothschild); they made Zionism, the world wars, the European union and so on. They reign through their puppets Rothschild (whose ancestors had been part of the chassidic cult) and Rockefeller, who were the guiding force behind Bilderberg, the trilaterals etc. We are now in the “End Times”; they are trying to foment a “prophesied” Third World War.

Eggert believes both Germany and Israel are in the Hasid cross-hairs. “Germany, because the Hassidim are reading from the bible/talmud, that this country is foe to the Jews and must be killed. Israel has to burn for bringing the prophecy of armageddon into reality. In addition, they are repeating a Machiavellian, strategic “trick”: the sacrifice of the European jews in the Second World War (“shoah”) which brought them their own country- Israel. The sacrifice of the Israeli Jews shall bring them the international approval to be masters of a united word”republic”, that will be governed from Jerusalem, which, again, is being “prophesied” by Jahwe.” 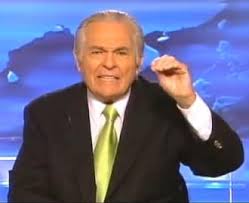 While the Chabad Lubavitchers are his focus, Eggert is also concerned about Christian Evangelists like Jack Van Impe, left, and Timothy LaHaye who believe war is the will of God. The Books of Ezekiel and Daniel and Revelation in the New Testament prophesied Armageddon. Their desired scenario includes the destruction of the al-Aqsa mosque, the restoration of the Third Temple on its site; the rising to heaven of the 144,000 Chosen Ones; the battle of Armageddon; mass death among Israeli Jews and the Final Coming of Jesus Christ.

According to Alison Weir, there are approximately 3,600 Chabad institutions in over 1,000 cities in 70 countries, and 200,000 adherents. Up to a million people attend Chabad services at least once a year. Numerous campuses have such centers and the Chabad website states that hundreds of thousands of children attend Chabad summer camps. 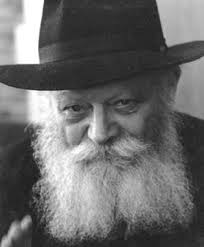 According to the NY Times, Schneerson “presided over a religious empire that reached from the back streets of Brooklyn to the main streets of Israel and by 1990 was taking in an estimated $100 million a year in contributions.

Schneerson believes Jews are the acme of Creation: “The general difference between Jews and non-Jews: A Jew was not created as a means for some [other] purpose; he himself is the purpose, since the substance of all [divine] emanations was created only to serve the Jews.”

“The important things are the Jews, because they do not exist for any [other] aim; they themselves are [the divine] aim.”

“The entire creation [of a non-Jew] exists only for the sake of the Jews.”
When Schneerson died in 1994, he was awarded the Congressional Gold Medal for his contribution to “global morals.” According to Schneerson, Jews are the Priests while the Noahide Laws provide “a religion for the rank and file.” Eggert quotes another Lubavitcher rabbi: “When examining the chain of frightening events [since 9-11] with a Chassidic eye, we see that the US is being pushed toward fulfilling its historic role of teaching the Sheva Mitzvos [i.e. Noahide laws] to the world.”

According to Eggert, Freemasons have always called themselves “Noachids” and incorporated the statutes into their Constitution as early as 1723.

Here is a 2004 picture of Barack Obama meeting with Rabbi Yossi Brackman, Director of the Chabad Jewish Center in Chicago. If you look, you can find pictures of many major politicians in the West posing with this sect. This website features more than a dozen of them.  In thisYou Tube  the Chief Rabbi of the Chabad boasted of his rapport with Vladimir Putin. Eggert says Putin’s mother is Jewish, which makes him Jewish, and that President Medvedev is Jewish on both sides.  It’s hard to say if they are beholden to the Chabadniks.

Eggert, who studied History and Politics at universities in Berlin and Munich, is the author of eight books on hidden history. While he believes that modern history is dominated by the Cabalistic plot to fulfill Biblical Prophesy, he is careful to distinguish between the Lubavitchers and other Hasidim called “Satmar” who think it is a crime to “force God’s hand” and “hasten the redemption.”

However, the Lubavitchers seem to be in control.

“Every part of modern history is linked to another and in itself to Zionism, state intelligence, lodges and alike. Without the Balfour declaration, there would have been no revolution in Russia and no America into World War One … We may start at any historical point (even with the American revolution or more far back Oliver Cromwell) [and] we´ll see, that the maker (or profiteer) of all this is Cabalistic Judaism. All serves their plan, to implement biblical prophecy.” 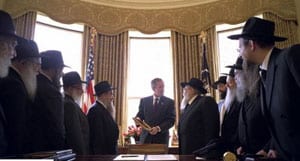 Eggert cites World Zionist VP Max Nordau’s speech at the 1903 Zionist Convention predicting “a future World War [and] peace conference where with the help of England a free and Jewish Palestine will be created.”

He says the Zionists sabotaged Germany in WWI (strikes, revolts) because it wouldn’t play ball on Israel. He cites a book in Hebrew, “The Historical Moment” by M. Gonzer: “We even find nations who are slow on the uptake and who find it difficult to understand certain relations unless the rebbe–that is world history–gives them some sensible bashes which makes them open their eyes.” (Israels Geheimvatikan, vol. 1, p.47.)

If you look at the people behind the conflicts in Ukraine and Syria, you will find Jews like Assistant Secretary of State Victoria Nuland who may very well be advancing this demented agenda.

“Don’t be deceived when they tell you things are better now. …Watch out, for as soon as it pleases them they’ll send you out to protect their gold in wars whose weapons, rapidly developed by servile scientists, will become more and more deadly until they can with a flick of the finger tear a million of you to pieces.”

Some thrilling press-headlines fit into this warning.

Not only some of the most efficient doomsday-networks are working for a third world war, the money powers pursue for the same end. Humanity is caught in a deadly trap. We have to act so save us….There are a lot of people here in north/central europa, who want to get rid off the globalist-militaristic elites/lobbies right now, the political atmosphere is getting partiotic/anti government and is at a very critical point.

There are only two religious systems, which offer a direct path to god, Christianity and Buddhism. They both had  wise & divine teachers, who presented enriching lessons to a poor, fallen world: unconditional love (jesus) and ego-less awareness/living “the here and now” (buddha). To be in a total state of love means to “be in heaven”. To be in total awareness, without any anger about the past, and no fear about the future, means the same. All the rest of the christian or buddhist scriptures are secondary to these teachings.