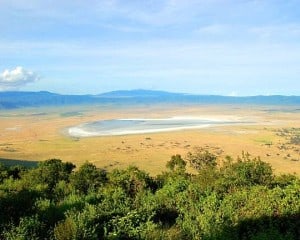 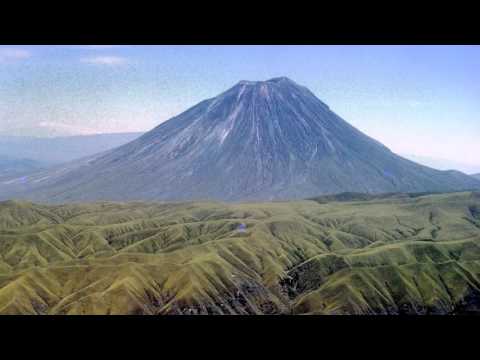 Pictures of The Garden of Eden Location in Tanzania
Location calculated by Stan Deyo
http://youtu.be/gRscrJUoDvA

“Ngorongoro has been called Africa’s Garden of Eden and the Eighth Wonder of the World. It may be the only natural setting on Earth where one can see the “big five” (lion, leopard, buffalo, rhino and elephant) in an hour’s time.”

Three million years ago, towering volcanoes pumped smoke, poisonous gas and asphyxiating ashes into the skies over what is now East Africa. One volcano rose miles above the plains and may have rivaled Mount Kilimanjaro in size until the upper two-thirds of the cone collapsed into the base. The Ngorongoro Crater was born, the world’s largest unbroken caldera.

It is, to me at least, the most incredible place on Earth.

It’s sunrise, and I am standing on the balcony of my room at theNgorongoro Serena Lodge, which is carved into the circular rim of the crater at an elevation of 7,500 feet. From this vantage point, you can trace the entire rim with your eyes. It is 15 miles across at its widest spot, and 12 miles at the narrowest. Above the far side of the crater, Kilimanjaro is clearly visible more than 100 miles in the distance.

The floor of the crater is 2,000 feet below me and encompasses more than 100 square miles of desert, grasslands, forests, lakes and streams. It is a contained ecosystem like no other, home to more than 25,000 large animals and the greatest concentration of mammalian predators in the world.

Ngorongoro has been called Africa’s Garden of Eden and the Eighth Wonder of the World. It may be the only natural setting on Earth where one can see the “big five” (lion, leopard, buffalo, rhino and elephant) in an hour’s time.

Yesterday morning, we descended into the crater on a narrow, twisting dirt road and were quickly struck by the sheer density of animals. Much of the crater floor is flat with unobstructed views, and one sighting flowed into the next. We saw endangered black rhinos, hippos, lions, hyenas and jackals, and herds of wildebeest, zebras, gazelles and buffaloes. There is a large, shallow lake in the caldera, home to hundreds of pink flamingos.

We drove through Lerai Forest and scoured tree limbs for that area’s most famous inhabitants, leopards. We didn’t find any leopards at the time, but I couldn’t help feeling that all I had to do was get out of the truck and let it drive away, and one would find me.

Something about Ngorongoro attracts elephants in their final days, and our guide believed the vegetation might be easier to chew. Elephants go through six full sets of teeth in their lifetimes, each lasting about 10 years. When the last set of teeth wears out, the elephant starves to death. We saw numerous old bulls in the crater — crusty, lumbering, always alone.

TheNgorongoro Serena Lodge is a special place. The exterior is stone with wood decks overlooking the caldera, and the interior looked like an alpine lodge at a ski resort. The lounge and dining rooms were well-furnished and decorated with native art, with high ceilings, large windows and fireplaces to ward off the chill on a winter evening. The guest rooms were large and comfortable, and the food and the service were very good.

We had dinner as the sun set, then stood on the back deck looking out over the black crater. In the cool, dry air, visibility was excellent, and with no moon and no light pollution, the stars were brighter than I can remember seeing them. From our edge of the galaxy, the 200 billion stars of the Milky Way looked more like a cloud.

In the darkness below us, the predators of the night were stirring. Lions, leopards, hyenas and more were on the prowl, while others great and small hid or huddled together for protection and mothers kept their young close. The great hole swallowed the roars and the screams, but in the morning there would be fresh red markers on the floor of the caldera, grim testaments to the mayhem that was taking place.

For a short time, we could see a pinpoint of light down in the crater, slowly moving, and we realized we were watching the headlights of a vehicle of some sort. The only people allowed in the crater after dark are the rangers there to protect the animals from poachers, and we told ourselves that it must be rangers moving around on patrol.

Poachers have decimated the populations of cheetahs, lions, leopards and elephants, and they have all but wiped out rhinos in this part of Africa. There are only 66 of these prehistoric-looking animals left in all of Tanzania, a country twice the size of California, and 20 of them are here in this crater.

We had seen four rhinos, all from a great distance, standing motionless and staring out at nothing. It was almost as if they were aware of their dwindling numbers and tenuous footing in the modern world, and it’s sad to think that they and all of their kind might soon exist only in books and museums.

Ngorongoro is only a short distance from Olduvai Gorge, where Louis and Mary Leakey discovered 2 million-year-old bones and tools from what some believe were the earliest humans. I had to wonder if our group had come full circle to cross paths with our most ancient ancestors. Did mankind originate here, and if so, were our forefathers drawn to the permanent water sources and abundant game of the crater 10,000 centuries ago?

I tried to picture them on the floor of the caldera. Would they have ruled a night like this, or would they have hunkered down in fear?

Regardless of the answer, I was grateful to be up on the rim looking down, in the early part of the 21st century.